Investment campaign to save Great Scott raises a cool $299,600 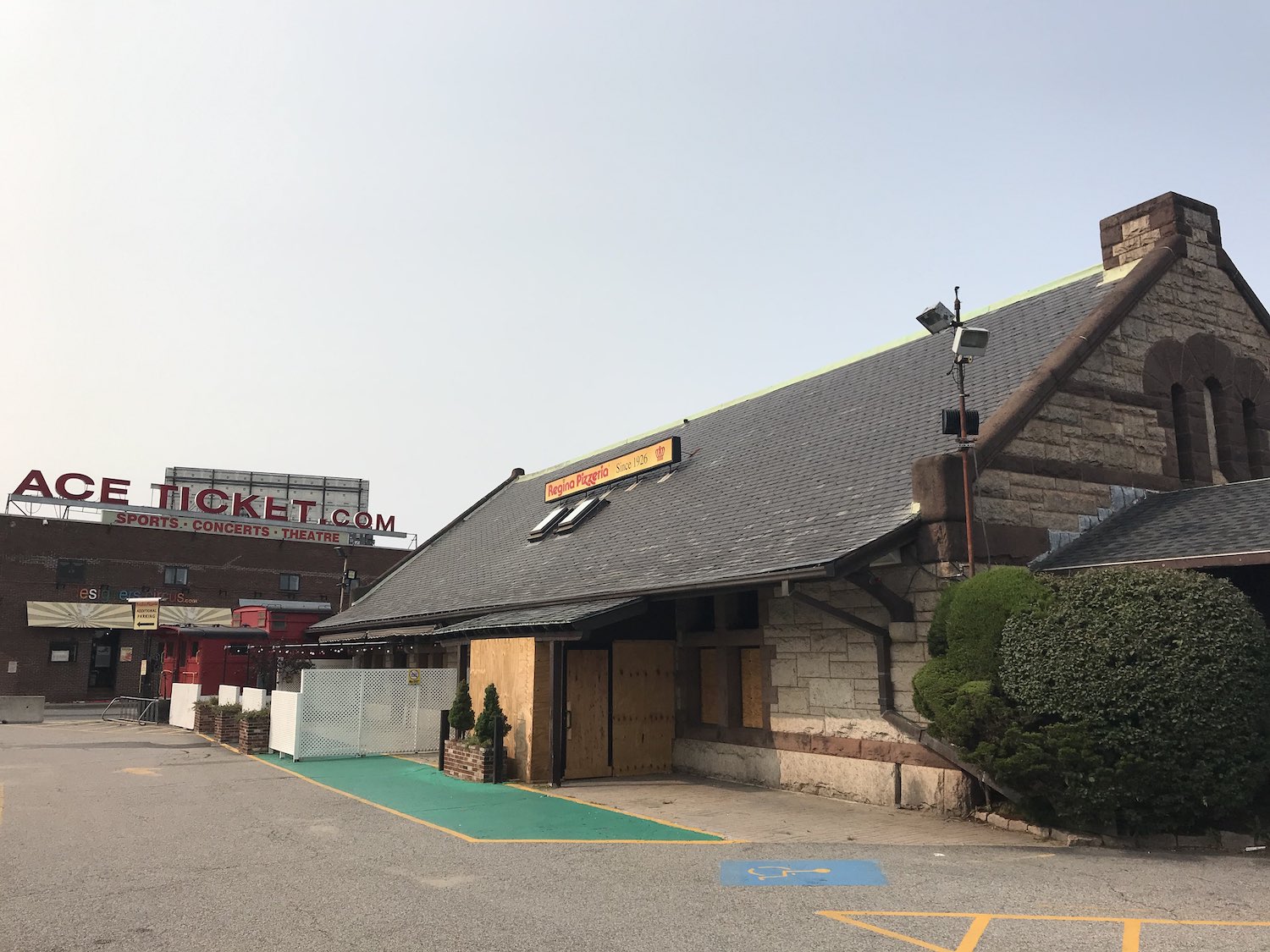 After months of investment crowdfunding, the campaign to save Allston bar and rock club Great Scott has locked in its number: $299,600.

That’s how much money was raised through the venue’s Mainvest campaign. It launched in late-May, weeks after it was announced Great Scott would not re-open at its longtime home of 1222 Commonwealth Ave., and closed this past Wednesday (September 30). The campaign’s conclusion came 12 days after Carl Lavin, the longtime Great Scott booking agent who led the crowdfunding charge under his new Chowderquake, LLC operation, announced the signing of a letter of intent to relocate Great Scott to the Allston Depot at 353 Cambridge St., the former site of Regina Pizzeria.

In an email sent out last week at the close of the campaign, Mainvest provided an update to the several hundred investors who chipped in to re-open and preserve Great Scott. “The business agrees to share 7.5 percent of revenue with investors in aggregate until it’s met its payment obligations,” Mainvest writes, adding that investors will see their return by a deadline of January 1, 2028. “Mainvest’s remuneration consists of 6 percent of the total funding amount paid by the issuer to Mainvest.”

The first revenue report is set to go out to investors by January 30, 2021.

Despite that deadline, Lavin has a long way to go in securing Great Scott at the Allston Depot, and an unclear timeline on just when rock clubs will be able to host live music again as the COVID-19 pandemic continues into the colder months. The state of Massachusetts is currently in Phase III of its re-opening plan, while bars, nightclubs and entertainment venues are part of the Phase IV plan, which is based on a COVID-19 treatment or vaccine.

“We’ve still got some hurdles to clear en route to getting a lease in place and to get started converting the space to a live music venue, but the forward momentum continues to be strong,” Lavin wrote a few weeks back on the Mainvest page.

The signing of the letter of intent came a few short months after Oak Hill Properties LLC ended a spirited campaign to save, resurrect, and maintain the beloved bar and live music space in its traditional location by signing a new tenant of its own at 1222 Commonwealth Ave., where Great Scott had operated for 44 years. That new tenant has not been made public, and an online group has surfaced, with nearly 700 members, calling for a boycott of whatever business enters that space.

The former Regina Pizzeria spot, owned and operated by Arcand Associates, sits on the busy corner of Cambridge Street and Harvard Avenue, diagonally across the street from Great Scott sister venue O’Brien’s Pub. Built in the 1880s, it was left vacant after Regina permanently closed in July. Regina had operated the space since 2010, and before that it was known as college hangout the Sports Depot and seafood restaurant Captain Fishbones.

Vanyaland toured the Regina space with Lavin last month. Lavin envisions a room capacity of approximately 275 people, a slight bump from Great Scott’s 240 capacity, with the stage located in the far left corner of the space, replacing the oversized bar that filled that corner of Regina. The backstage area would be on the Franklin Street side of the room, with the red caboose acting as a green room. Load-in entry would connect that area to the street, and provide parking for bands and touring vehicles.

The space would also include a relocated bar area running along the Mass Pike side of the venue, and an elevated section along the parking lot side for clear sightlines. There would also be 70 parking spaces for showgoers, across two parking lots, and designated areas away from the stage, where Regina’s dining booths were located, where people could have a drink and a conversation.

When asked about the size of the stage at the new space, Lavin said it’s important to try and imitate Great Scott as much as possible: “Everything that we can do to replicate at the size of Great Scott, we want to do,” he tells Vanyaland. “I’m all about maintaining that Great Scott intimacy.”

Also part of the plans for Great Scott at the Allston Depot include bringing in Allston Rock City Pizza, a local business currently operating at 568 Cambridge St. near Union Square, to serve food out of the space’s kitchen area. The dining area would be to the right of the venue as you walk in, with the venue running to the left. The inclusion of the pizzeria could allow the venue to re-open for food service before the state allows live music, but Lavin stresses there is a lot of work left to be done to bring the plan to fruition.

That said, the relocation of Great Scott would be a welcome reversal to a series of live music venue closings in the Boston area as a result of the COVID-19 pandemic. Since March, the region has lost Great Scott, The Milky Way in Jamaica Plain, The Cantab and Club Bohemia in Cambridge, and a pair of live music stages in Somerville’s Union Square, Bull McCabe’s and Thunder Road. In August, news hit that O’Brien’s, also owned by Great Scott owner Frank Strenk, was up for sale, though efforts have been made to keep the venue open.

Great Scott first closed in March as the coronavirus pandemic began to hit, and word spread on May 1 that the live music venue would not re-open after Strenk declined offers from Oak Hill to keep the club going despite an uncertain market for live music. A few weeks later, Lavin, under his new Chowderquake, LLC operation, reached an agreement with Strenk to purchase the club’s liquor license, gear, and intellectual property, and on May 26, independently launched the crowdfunding campaign through MainVest.

“Thank you all for every bit of your support,” Lavin wrote on Mainvest, “it continues to motivate me to get this done and to get ready for when the rock can come back!”