O’Brien’s Pub is for sale, but efforts are underway to preserve the Allston venue 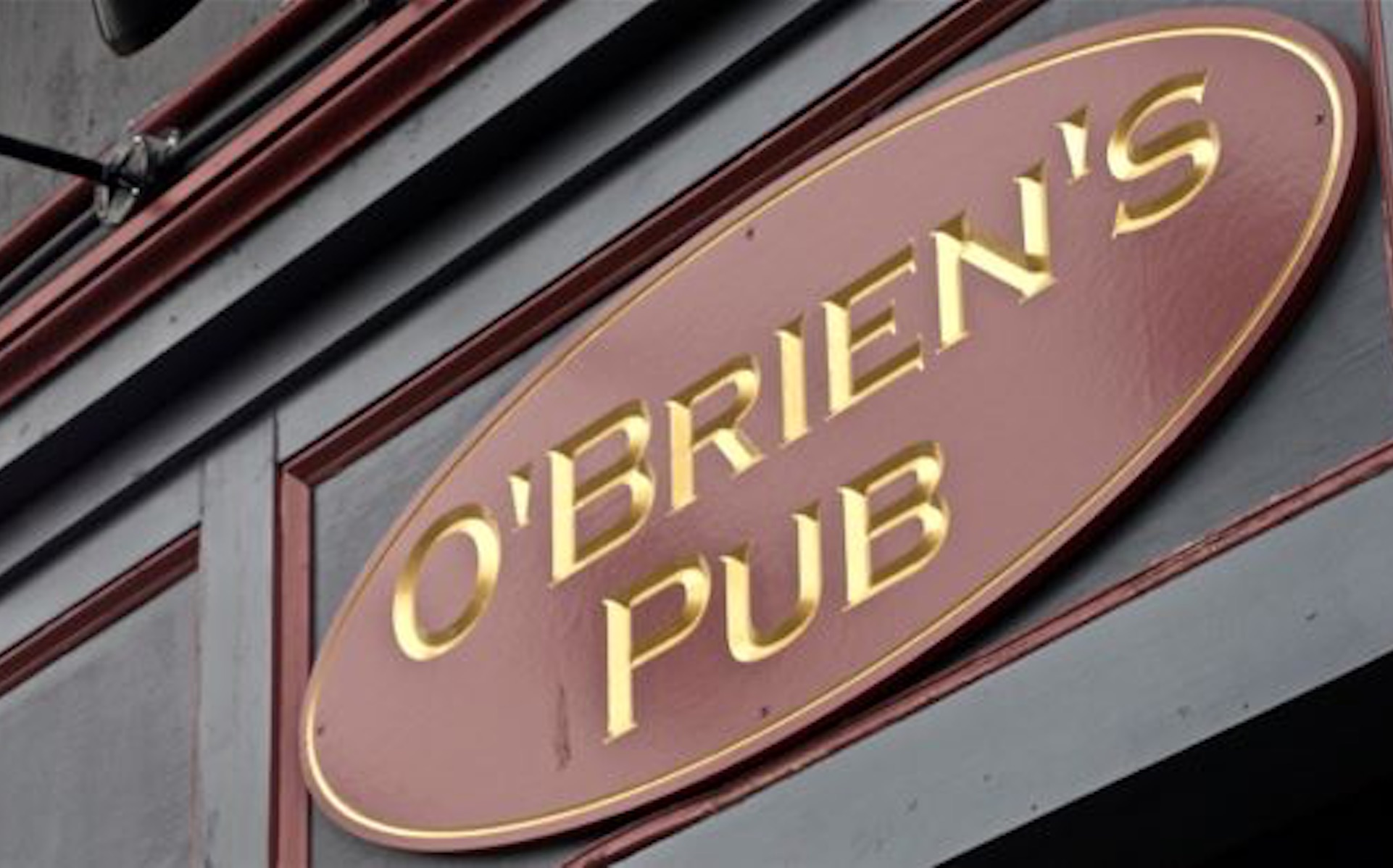 Last week, a real estate listing showing a five-parcel plot of Allston buildings for sale began to circulate on social media. Included in the lot, at the corner of Harvard and Cambridge streets, was live music venue and dive bar O’Brien’s Pub.

Concern over the Allston live music venue’s future became amplified across Facebook and Twitter, with fears that O’Brien’s would join Great Scott, The Milky Way, and others in not re-opening once live music returns after the pandemic.

But according to general manager Tim Philbin, there is a plan in place to maintain O’Brien’s Pub even after the building’s sale goes through. “Measures are already in place to make sure that it [O’Brien’s] continues,” Philbin says, and the real estate listing has nothing to do with the COVID-19 pandemic.

The building that houses the 75-person-capacity O’Brien’s is for sale as part of a larger plot of 0.41 acre land, which at 390 Cambridge St. also includes Mad Oak Studios, Stingray Body Art, and Scissor Sound Hair Salon. It is currently zoned for commercial use, but has a total assessment of $2.98 million and is proposed in the sale listing for both condo and senior apartment units.

However, the business of O’Brien’s is for sale as well. And it will be sold as two separate entities to ensure that the spirit of O’Brien’s remains alive, but situated elsewhere in the coming years.

“The people that buy the building aren’t buying O’Brien’s Pub,” Philbin says. “I believe it’s [the business] under already agreement to be transferred — to be sold — once the building itself is also sold.”

Philbin estimates that it will take two to three years for the future property owner to “break ground” at 3 Harvard Ave., at which point O’Brien’s will be asked to find a new home. From there, the plan is for the new owners of O’Brien’s to find another space to operate.

‘”I think we can envision O’Brien’s existing in its current location for the next two to three years,” Philbin says. “During that time, [the new owners will be] envisioning transitioning to a new location.”

“We already have our ducks in a row, we know who’s going to be buying it [the business], and that person will be buying not only just the liquor license, but also intellectual properties, as far as the name, operating in the same function as O’Brien’s has been operating since [the mid-80s],” he adds.

The sale of both the property and the business stems from owner Frank Strenk wishing to retire. Strenk also owns O’Brien’s sister venue Great Scott, which closed in March due to the pandemic and will not re-open in its current space at 1222 Commonwealth Ave. despite a massive investment campaign to save the club.

“He’s in his 70s and he’s ready to retire and be done with day-to-day operations,” Philbin says of Strenk.

Following the closures of multiple venues around the city, the future of O’Brien’s, at the very least, seems planned out for several more years of live music.

“We’re working really hard to make sure that O’Brien’s is O’Brien’s as far down the road as we can see,” Philbin says.