Evan Greer confronts a streaming giant with ‘Spotify Is Surveillance’ 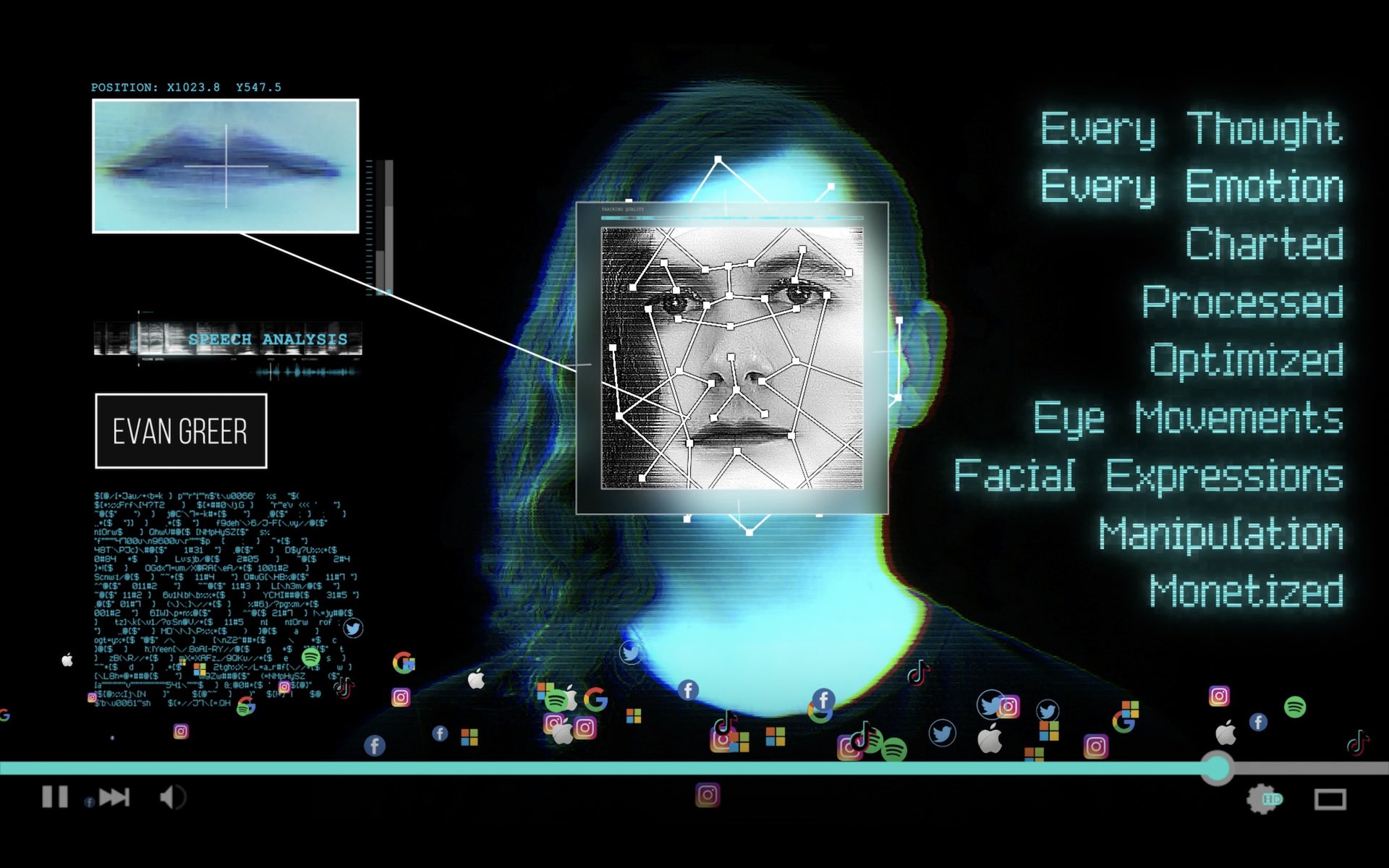 If you find Evan Greer’s music online, she doesn’t want it to be because of a Spotify algorithm.

As one of Boston’s leading artist-activists, Greer is well-acquainted with algorithms and what they mean for the future of the music industry; at digital rights non-profit Fight for the Future, understanding these issues is literally her job. And right now, she’s informing us that a future built upon surveillance capitalism (using algorithms, for instance) isn’t pretty.

Greer’s newest record puts her current concerns right in the title: Spotify Is Surveillance. For folks already aware of surveillance capitalism, the album shares a dire reminder that action is needed immediately. For the uninitiated, it’s a visceral wake-up call.

“I shudder to think about a future where music is created to please a cold, calculating algorithm that uses emotional surveillance to constantly push upon us what it thinks we want to hear,” Greer tells Vanyaland. “That doesn’t just affect musicians and music listeners, it affects the future of human society.“

So much of the problem Greer is referring to has already been normalized. Websites monitoring our behavior and manipulating us with that same information feels like a given, at this point. Hell, most people actively enjoy that manipulation when it comes to delving into custom playlists and music suggestions made by AI. But that’s just it: AI and art weren’t made to mix, especially when it’s profitable for companies like Spotify and not artists themselves.

“Once consent was manufactured / Now it’s harvested for clicks,” Greer sings on the opening line of her track “Surveillance Capitalism.” It’s one of many “I never thought of it that way” realizations that she lyrically nudges listeners towards, underscored by the urgency of her punk instrumentation.

“Spotify is increasingly dominant in the music industry, and that doesn’t just mean piss-poor pay for independent musicians, it means that surveillance capitalism as a business model is beginning to fundamentally tear at the fabric of human art and creativity,” Greer elaborates. “We are at a precipice, or a turning point, when it comes to technology. The decisions we make as a society in the next few years could determine whether technology is largely a force for upliftment and empowerment, or largely a force for exploitation and oppression.”

Coordinating some of her activism from home, Greer had ample time to think about these kinds of consequences while in quarantine last year. Like many folks, she translated her concerns into an album with “a busted Macbook Air” and just one microphone while she was locked down. Her creative process for Spotify Is Surveillance started with the song “Willing to Wait,” which forced her to learn more about the basics of GarageBand. At the time, Greer reached a turning point in her career without even realizing it.

“I’ve never really been much of a studio musician,” she explains. “Back in the day I used to tour so much that I kind of never had time — or money — to go into the studio. I made a living passing the hat at basement gigs and selling CD-Rs of super rough one-take recordings through an SM-58 or whatever. I also never really learned even the basics of home recording. There was something kind of gendered about it, like it felt like something that hipster cis dudes could do but I couldn’t do.”

Completing “Willing to Wait” on her own changed everything.

“When I finished that first song, ‘Willing to Wait,’ I had created something I never thought I had the ability to create,” she says. “It was so empowering to realize that I didn’t need to rely on some cis dudes with a fancy recording studio to make a song sound the way I wanted it to sound. I could do it in my bedroom with a mic and my laptop. That was when I decided I was going to record an album.”

She got on the phone with Don Giovanni Records and Get Better Records immediately to coordinate what would become her first LP since her 2019 album She/her/they/them.

The final product presents a strikingly accurate representation of the breadth of Greer’s work as both an artist and activist: She speaks on uplifting and protecting trans lives (“The Tyranny of Either/Or”), missing live music in a pandemic (“Back Row”), and even the late John Prine (“Punk Rock Angel from Montgomery”).

Finally, last Friday she shared the new record with the world on Bandcamp. And Spotify.

Let’s be clear: The purpose of Spotify Is Surveillance isn’t to ”shame anyone for listening to Spotify or to shame independent musicians who are increasingly dependent on Spotify to eek out whatever living they can,” Greer says. “It’s about naming the problem: Which is not ‘the internet,’ or even streaming as a whole, but a parasitic business model based on data harvesting and algorithmic manipulation, in the hopes that we can move toward solutions and alternatives.”

She adds: “I am fortunate enough to have a full time organizing job, so I am not completely reliant on my music to pay the bills. So many other musicians are not in that position right now, and it’s terrifying to think that for many the idea of criticizing Spotify is frightening, because the company has so much power over their livelihoods. We can’t have justice in a music industry where one company tweaking their algorithm can make or break an artist’s career. That’s a model that just exacerbates and crystalizes the existing disparities in the music industry, and disproportionately harms marginalized artists.”

Greer takes time not only to name the problem, but name ample solutions, too. She cites the #JusticeAtSpotify campaign as an example of how musicians are already pushing for better terms, transparency, and pay from the streaming platform. Greer also would like to see strong data privacy legislation and community-based alternatives to Spotify, which would help loosen Spotify’s rigid hold on the music industry.

But don’t confuse Greer’s calls to action with outright disdain for music in a tech-savvy era. She recognizes the internet as the powerful tool that is it — the same tool that’s getting this album, article, and important message to you right now.

“I think we’ve allowed Facebook and Google to convince us that they are ‘the internet,’” she notes. “It hurts my heart when I hear people say things like ‘the internet is killing music’ or ‘the internet sucks now.’ The internet is the single greatest thing ever to happen to me as a transgender DIY artist who has always performed way outside the mainstream. It has given more people a voice and the ability to be heard than ever before.”

“The problem is not ‘the internet.’ The internet is fucking awesome. The problem is that a small handful of companies have chosen a business model — surveillance capitalism — that is fundamentally incompatible with basic human rights and democracy,” Greer concludes. “We need to be fighting to bring down those Goliaths and build decentralized, community-based alternatives, so that we can realize the full potential of this transformative technology… The internet has the potential to grant every kid on earth universal access to human knowledge and creativity, and ensure that artists and creators are fairly compensated for our labor. Let’s fight to make that vision a reality.”