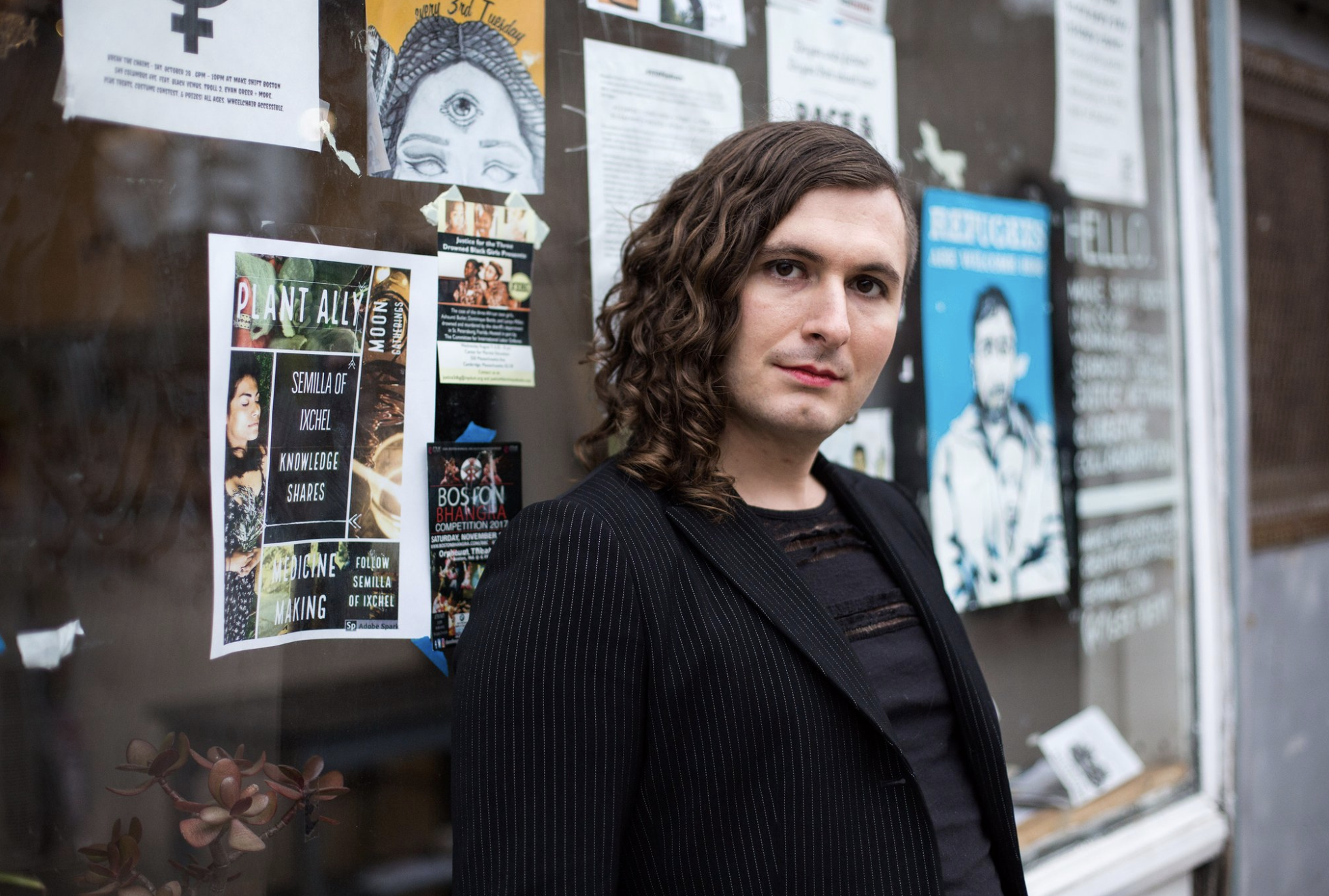 Organizing may “never be as easy as the pamphlets made it sound,” but damn if Evan Greer isn’t politics in motion.

And, most recently, the Boston-based trans activist and musician is throwing her fist in the air and her voice into the ring with her new album She/her/they/them.

Her first studio record in 10 years, out last Friday (April 5) via Don Giovanni Records, She/her/they/them heralds a major milestone for Greer’s musical career after she elected to slow down her touring almost a decade ago.

“This album has been more than a decade in the making,” Greer tells Vanyaland. “During a lot of that time I was touring pretty relentlessly, playing a couple hundred shows a year across North America and Europe in DIY spaces, queer bars, basements, small clubs, at protests, cafes, living rooms, and squatted social centers. Somewhere along the way there I had a kid, and eventually it wasn’t feasible for me to keep touring at that pace anymore.”

From that point on, her mediums may have largely shifted, but her efforts remained the same, namely sprouting out to work with Fight for the Future and eventually running the non-profit organization. Albeit a difficult choice, Greer says it was the right one — and, clearly, her work as a musician didn’t have to cease as a result.

“I had always been involved in local and national organizing in addition to music, and a lot of my touring involved offering workshops and trainings for nonprofits, unions, student groups, etc,” she elaborates. “At first I was kind of bummed out. I had dedicated so much energy to being a full-time working artist, and it was such a core part of my identity. But in the end it was a really amazing decision. I joined up with Fight for the Future, the digital rights organization that I now help run, and in a lot of ways the work is the same: it’s about connection with people on an emotional level and using creativity to spread a message and get people to come together to fight for what they believe.”

The She/her/they/them release party itself exemplifies Greer’s multifaceted work with a special edition of Break the Chains at Make Shift Boston on May 11, featuring fellow queer and trans artists Your Heart Breaks, Nana Grizol, and Loamlands.

“Music and activism have always been inextricably linked for me,” Greer explains. “Whether I’m organizing Break the Chains, Boston’s monthly queer dance party, or working with Tom Morello from Rage Against the Machine on the Rock Against the TPP tour, I’m always looking for ways to use culture to support movements for justice and liberation.”

For this very moment in Greer’s trailblazing life, that culture takes form in She/her/they/them.

Press play on her resistance below.