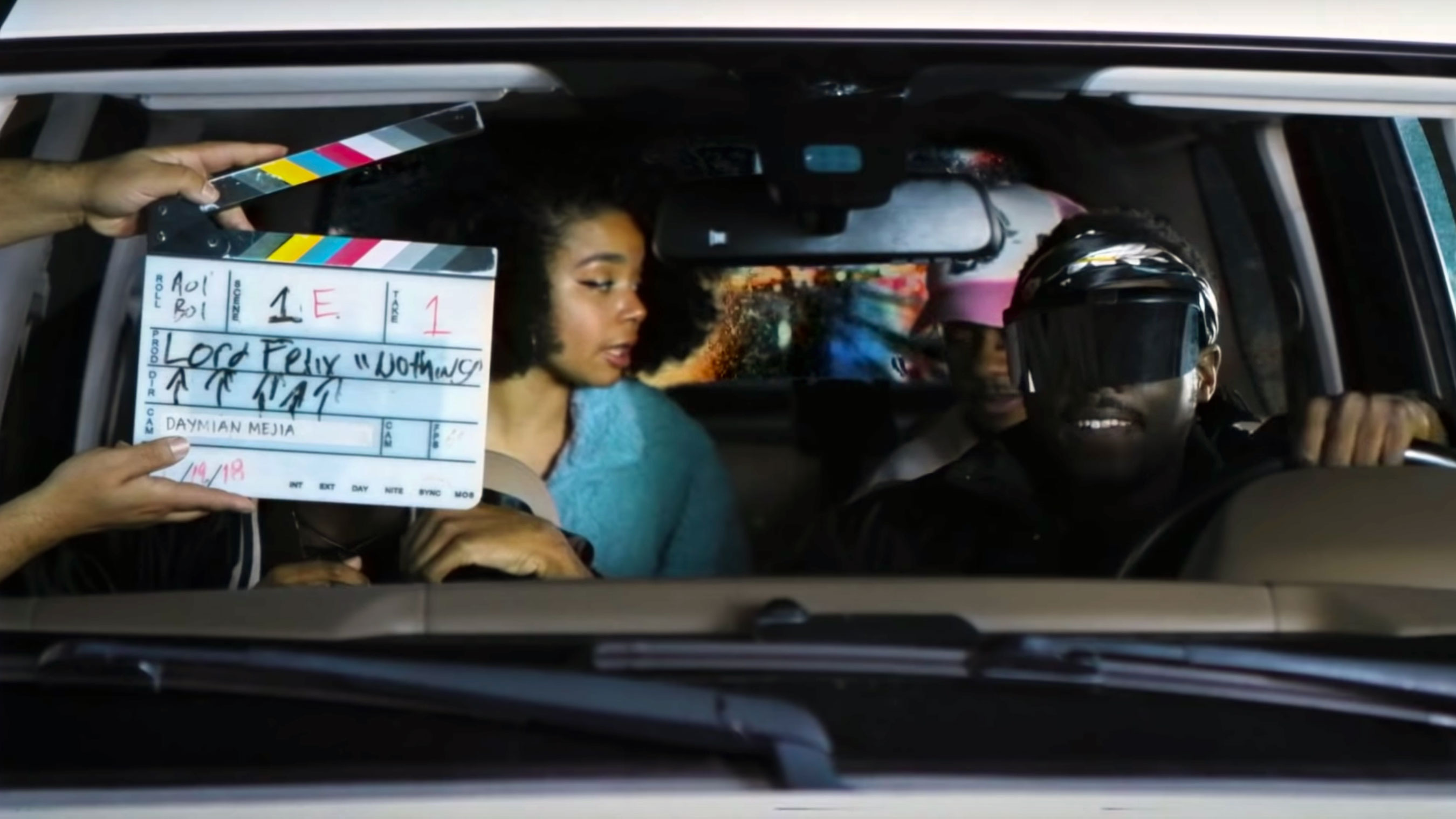 Screengrab
In MusicYear in Review 2019

Bloody underground rituals; adult-movie-touting motels and ruby red stripper heels; meme-tastic, drug-addled humor – in 2019, there was little that didn’t somehow weasel its way into the frame of a meticulously-filmed music video.

There’s good reason for this deluge of highbrow (and lowbrow) visual short films, too; in an age when practically everyone alive has a smartphone and/or immediate, lightening-fast access to the Internet, there’s perhaps no better way to prove an artistic point than to release a music video. As the 2010s come to a much-needed close, YouTube and Vevo are bursting with more content from musicians than ever, because this is one art form that has truly become ubiquitous.

Looking back on our assorted coverage from this year, we’ve selected the 10 music videos that caught our eyes and ears – and then some. Read on below.

We’ve demanded a lot from our overlord Poppy over the years — namely, an answer to “what the fuck is going on?” — but never in our wildest cyborg-controlled dreams did we think we’d ever get footage of her torching a bunch of suits over metal guitar riffs. Edging closer to her next reincarnation as a kawaii death-pop starlet for January’s release I Disagree, her music video of the same name shows our gal crawling on tables, barking in the faces of CEOs, and… well, we already divulged the rest. Complete with her other recent videos “Fill The Crown” and “Concrete,” these modern visuals from Poppy prove she’s under the control of a “handler” no more; she’ll bring you to your knees by her own volition.

Sure, breakup songs are devastating, but you know what’s even more emotionally scathing? Divorce songs. Cage the Elephant unloaded a real downer of an earworm with “Ready To Let Go,” singer Matt Shultz’s parting ode to his now ex-wife Juliette Buchs. Gory and gothic in its artistic execution, this video from Cage’s Social Cues era feels medieval, shrouded in a shared shameful secret, despite the song’s best effort to keep it copacetic. This one’s a visual dirge for the ages.

They were the words that were glued to the lips of everyone at the House of Blues earlier this month, as Brandie Blaze left a trail of flames across the stage for her Boston Music Awards performance: “I’m a model / can’t be my make though.” The track first appeared on this year’s Sound of Our Town compilation from 617 Sessions, and again on Blaze’s new record Late Bloomer, but it’s the music video iteration of this banger that goes the hardest. Since the invention of the music video, artists have spent millions of dollars trying to make it appear like they’ve thrown some lavish, too-cool L.A. party, but as Blaze quickly proves with “Model,” she is the party, no acting needed.

Of all the praise that Lana Del Rey’s new record Norman Fucking Rockwell is receiving, not nearly enough people are honoring the fact that she made a Sublime song not only tolerable, but absolutely delectable. The accompanying music video establishes her as the singer/songwriter giant that she’s become since that little ol’ debut Born To Die, seemingly from another lifetime. Trampling through the West Coast, kicking up ocean water, and literally popping from the drive-in cinema screen, the video for “Doin’ Time” catches Del Rey on the crux of becoming one of the most legendary American icons of  the 2000s.

When 2019 had just barely started to unfold, Dutch ReBelle gifted us with a real futuristic feast for the eyes: Her eye-popping video for “Credit.” This multimedia work takes place in a gallery, but in truth, that’s where “Credit” belongs – up on an art museum wall for all to ogle its impressive special effects, as ReBelle raps from roughly four different visual perspectives. Hailing from her late 2018 album Bang Bang, “Credit” keeps ReBelle’s MC thunder booming almost exactly a year later… and beyond.

The Wrecks, “Freaking Out”

Once upon a time, a band called The Wrecks made a DIY video for their tune “Freaking Out,” and when they finally signed a record deal, the kept the cash for a professional vid and put out their OG creation instead. In hindsight, that decision couldn’t have possibly been more fitting; the sheer simplicity of the “Freaking Out” visuals layer perfectly with the song’s equally paranoid, oddball lyrics. The whole project looks like it’s straight outta Windows Movie Maker, but hey — how else could you possibly convey the uncanny sensation of Kanye West’s picture staring at you from the bathroom wall?

In a sense, you could call Starcrawler’s vid for “Hollywood Ending” an exposé. Fuck the California glam, and double fuck the glitz — in this gloriously gritty strut through Los Angeles, Echo-Park-raised frontlady Arrow de Wilde shows her hometown for what it is: A maze of cheap thrills and sticky sleaze. This Gilbert-Trejo-directed gem puts Starcrawler’s interests and direct influences at center stage, and on mute, you can practically hear the grungy rock bleeding out from each sweaty summertime scene. Let it be known that the kids are alright (you might wanna hose ’em down, though).

There’s simply “Nothing.” that sums up the year Lord Felix had better than his music video of the same name. After dropping multiple projects throughout the course of 2019 – Infrared, Supernova, Ultraviolet, and In Bloom, Forever – we find ourselves always turning back to this “spacey, funk-driven ode to late night road-trippin,’” as we explained when it first dropped in April. A proud member of Brockton artistic collective Van Buren, this BMA winner for “New Artist Of The Year” is poised for even more prosperity in the 2020s. Actually, his future’s so sunny, he never takes off those damn signature shades (explains a lot, doesn’t it?).

Hot take: With her music video “Tidal,” Sleeping Bela recorded some lowkey witchcraft. There’s an admirable attention to detail at play as this vid unravels, picturing the Malden artist camping out on the beach, washing her dark locks in flower-strewn waters, and feasting on fruit and wine, completely attune to her own musical bliss. Crisp and pristine as fresh linen, the video for “Tidal” matches the equally immaculate rhythms of the song itself – and that’s how it became our happy place for 2019.

Sometimes, trying to make a “realistic” music video means making a video that’s actually totally delusional – and that’s exactly what Sasha Sloan did with her vid “as least i look cool.” This offering from the onetime Hopkinton resident presents an untainted look at chasing popularity in the social media age, coming from one of the cool gals on the ‘gram herself. As we explained before her show at Royale earlier this month, this tune is about “dressing up your shitty life in glitter and tinsel ‘to get that fire post,'” and Sloan’s music video presents just that: An L.A. character so invested in today’s image, yet so divorced from any sense of real life. It’s a metaphor of sorts, of course – we’re not accusing Sloan of being this shallow in real life – but somewhere between the lines “when I pay my rent it hurts” and “ready to fuck my bank account,” this minimalist vid packs an agonizing wallop.