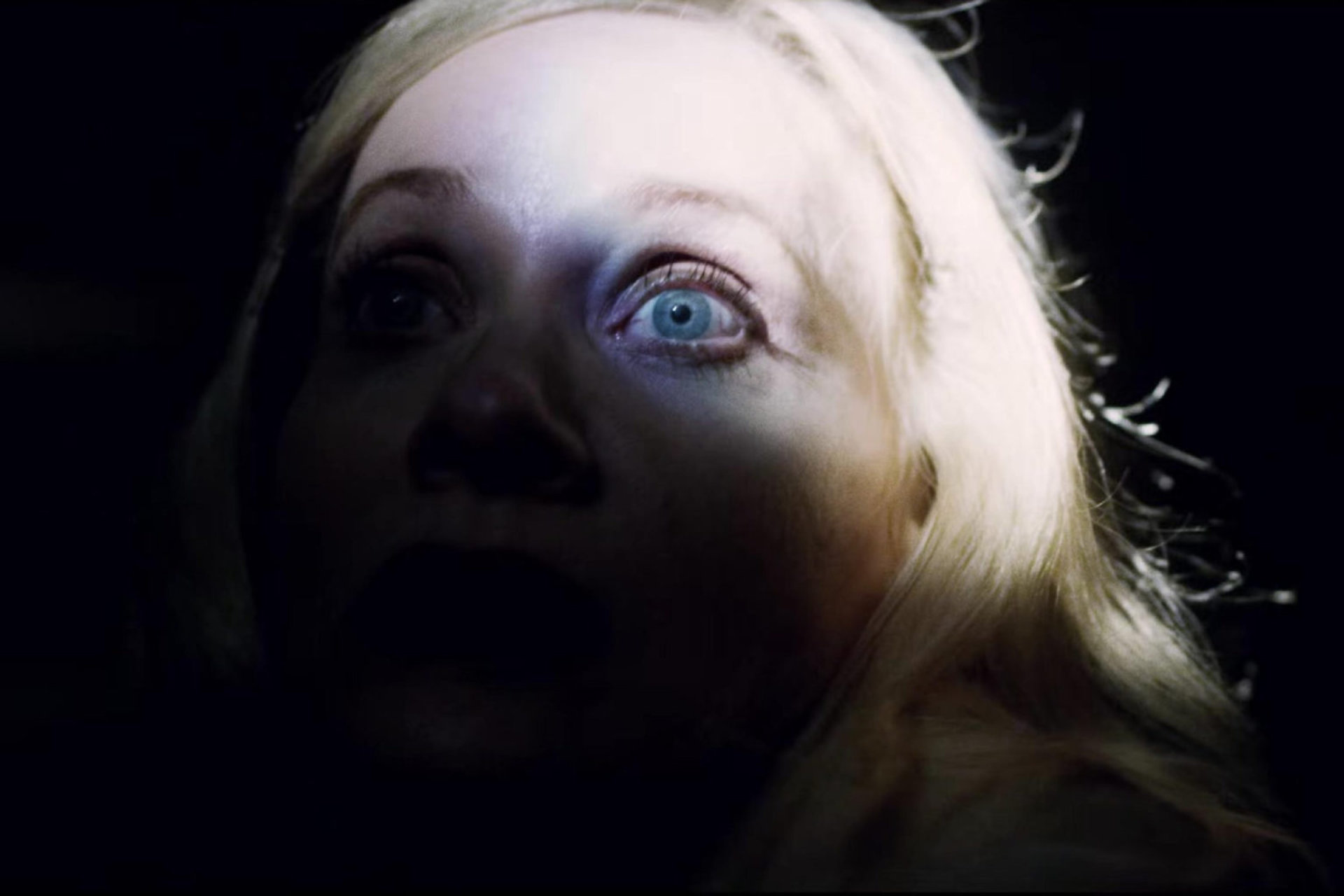 If you believe that the best and most innovative horror presents us with a new and heightened allegory for a specific and slightly-unexamined feeling, Travis Stevens’ terrific new film, Jakob’s Wife, should rocket to the top of your most-anticipated list. A surprisingly sweet horror-comedy (the emphasis, however, should be on the “horror” here), Stevens here presents vampirism as a compelling metaphor for the kind of mid-marriage conflict that one has when they’ve settled into a semi-comfortable routine with their chosen spouse. Suddenly, out of nowhere, you’re tempted by something brand new and fascinating, and the experience may change you — it could be a vacation or a come-to-Jesus moment or a brief fling with a co-worker — and bring to light all of the minor problems that beset any long-term relationship. She talks over you. He doesn’t put the toilet seat down. They don’t consider what all those jokes about your weight actually mean to you. And, like a boil, they fester and bubble up, until you have it out.

Some emerge unscathed and recommitted from this conflict, others fall apart and find themselves alone and single once again after all these years, and a special select few like Anne (Barbara Crampton) may find themselves sensitive to sunlight and very, very thirsty for human blood. She’s spent the last thirty years of her life with her committed-if-domineering husband Jakob (Larry Fessenden), who is a pastor at a church in a medium-sized city. One day, an old flame of Anne’s rolls into town, looking to restore and renovate an old gin mill into a new property, and, while exploring the empty building, he propositions her — he’d never seen her as a “church mouse,” and knows that she longs for adventure — and, though she initially refuses, she accepts a few kisses from her former beau. It’s then that they discover a Nosferatu-style shipping container full of rats, which promptly chew her companion to pieces, and a cloaked figure emerges from the shadows to bite her on the neck. Soon enough, she starts exhibiting all the classical symptoms of vampirism — an aversion to sunlight and holy imagery, super-strength, and the never-ceasing hunger for blood — all while her husband tries to figure out what’s wrong with her. That is if she ever really wants to be put right in the first place.

I think one of the reasons I responded so positively to Jakob’s Wife is that it’s so focused on building its characters rather than striving solely for style (though it has plenty of it), and Stevens has assembled a fantastic cast in order to do so. Crampton, as usual, is utterly fantastic here, dominating the film’s most memorable moments — including a great scene where she, now enamored with her new sense of power, vibes with the dulcet desolation of Concrete Blonde’s “Bloodletting (The Vampire Song)” while gulping down a wineglass full of cow blood — though she never lets her theatrical sensibilities run past Stevens’ tone, and doesn’t wholly descend into camp while her tongue is partially planted-in-cheek. She’s also paired brilliantly with Fessenden, whose stuffy awkwardness hides the heart of a decent God-fearing man, who is normally used to being the boss of his household and is both terrified and slightly wounded by his wife’s transformation. It’s genuinely deep and heartfelt, never once patronizing or judging either of them based on their station or beliefs, and one can see how much affection was put into crafting these characters and the world that they inhabit. Even if one of them is draining corpses for gallons of blood and the other is frustratedly cleaning up her messes, it never loses sight of its two protagonists and their core conflict.

But fear not, horror fiends: this isn’t only a character study, it’s a damn good horror film as well, with plentiful well-crafted gore and decent jump-scares. Even more impressive is how Stevens manages to bring some new life to the vampire genre, which always seems to be stuck in one of two modes: strict traditionalism (a la Bela Lugosi) or revisionism (Twilight, I Am Legend), neither of which is wholly satisifying at the moment. Lip-service is paid to both, the former in a stylistic fashion, given the wonderfully classical look of the Vampire behind it all, and the latter with Stevens’ willingness to invent aspects of a vampire mythology that works for his film. Doing so allows him to craft a fantastic series of set-pieces, such as a bloody confrontation between Jakob and a former parishioner at the Mill, and answer the kind of questions that one might have wondered about while watching Near Dark after an appointment at the dentist (no, I will not put that into context for you). Jakob’s Wife is a ton of fun, but it’s substantial enough so that it enriches as much as it entertains, and it’s one of the crown jewels of the SXSW Midnighters line-up.