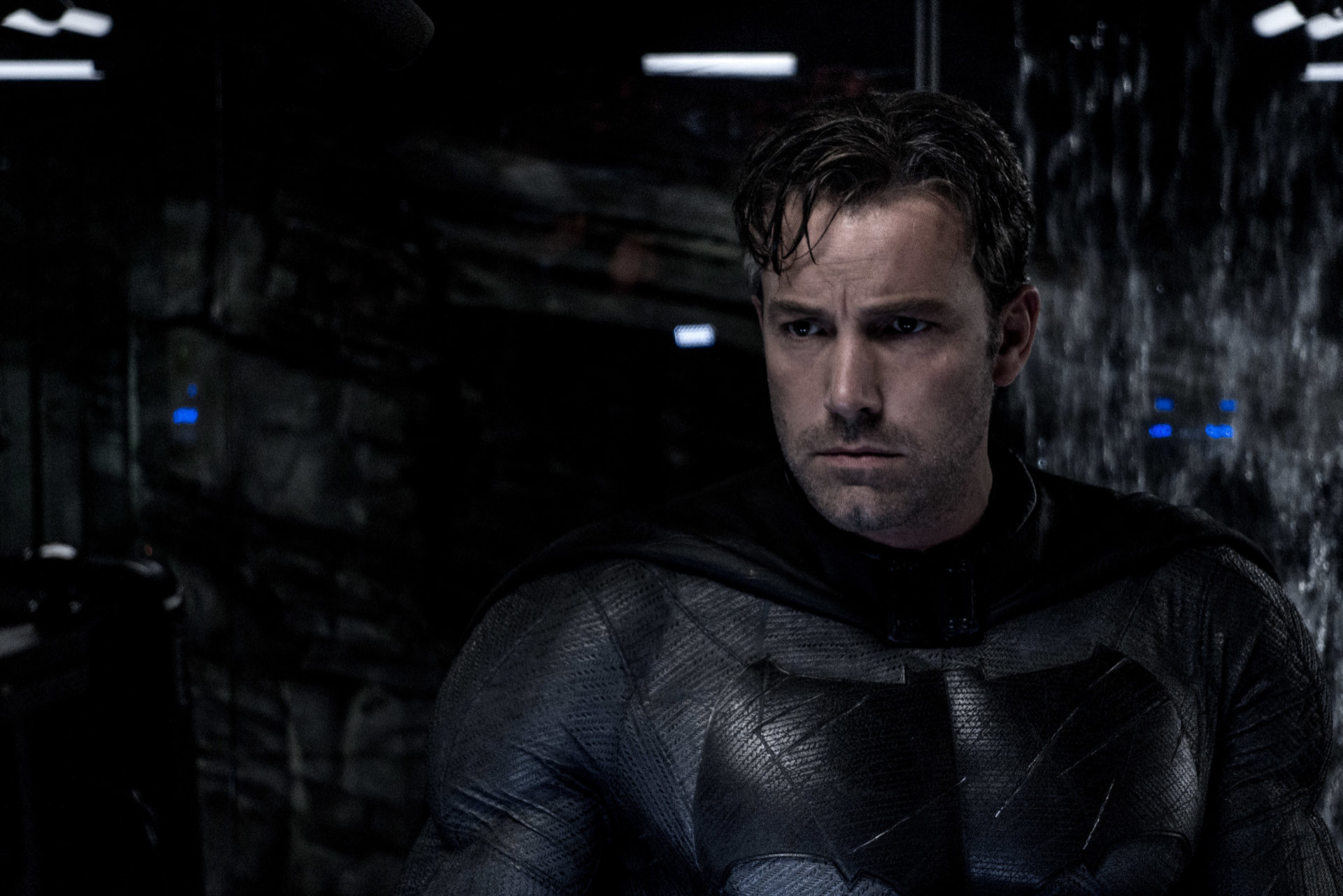 Still from 'Batman v. Superman: Dawn of Justice' by WB via MoviestillsDB

Andy Muschietti’s The Flash is shaping up to be one of the most interesting upcoming superhero-related releases simply for how broad its ambition is — it’s aiming to be a live-action Into the Spider-Verse, and Thursday brought more confirmation of just how weird and wild it’s going to be.

Vanity Fair broke the huge news that Batfleck is back, baby: Ben Affleck has signed up to reprise his role as the tortured, elder Batman from the DCEU one last time in the Ezra Miller-led film, and, as you probably already know, he won’t be the last Batman you’ll see on screen, as Michael Keaton joined the project a few months ago.

Here’s a few choice quotes from Muschietti, who gave a surprisingly-lengthy interview to Vanity Fair about the project:

“‘His Batman has a dichotomy that is very strong, which is his masculinity –because of the way he looks, and the imposing figure that he has, and his jawline — but he’s also very vulnerable,’ Muschietti said in an interview. ‘He knows how to deliver from the inside out, that vulnerability. He just needs a story that allows him to bring that contrast, that balance[…]’

‘He’s a very substantial part of the emotional impact of the movie. The interaction and relationship between Barry and Affleck’s Wayne will bring an emotional level that we haven’t seen before,’ the director added. ‘It’s Barry’s movie, it’s Barry’s story, but their characters are more related than we think. They both lost their mothers to murder, and that’s one of the emotional vessels of the movie. That’s where the Affleck Batman kicks in.‘

‘I’m glad to be collaborating with someone who has been on both sides of the camera, too,’ Muschietti said. ‘He understands.'”

And here’s another interesting quote from Muschietti about how this whole “multiverse” concept will work:

“‘This movie is a bit of a hinge in the sense that it presents a story that implies a unified universe where all the cinematic iterations that we’ve seen before are valid,’ Muschietti said. ‘It’s inclusive in the sense that it is saying all that you’ve seen exists, and everything that you will see exists, in the same unified multiverse.'”

Honestly, we’re just stunned that the Flash movie, of all things, is what prompted two Caped Crusaders to come out of retirement. Batfleck was one of the truly great things about Zack Snyder’s stint in the DCEU — he’s also one of the few Batmen on record who, you know, fucks — not to mention the fact that he was the best part of Suicide Squad as well. And, it’s pretty safe to say that we’re pumped that he’s going to make this big return for the just farewell that he always deserved. We only wish we’d been able to see what he would have looked like in his own solo project, but, alas, we’ll have to console ourselves with Pattsman now.

The Flash will hit theaters in Summer 2022. Maybe you’ll hear more about it at DC Fandome on August 22, but we imagine that they might have, you know, saved this huge news for then. But, until then, sate yourself with a glimpse of the logo for Matt Reeves’ The Batman and some cool art created by the fantastic Jim Lee for the event this weekend.