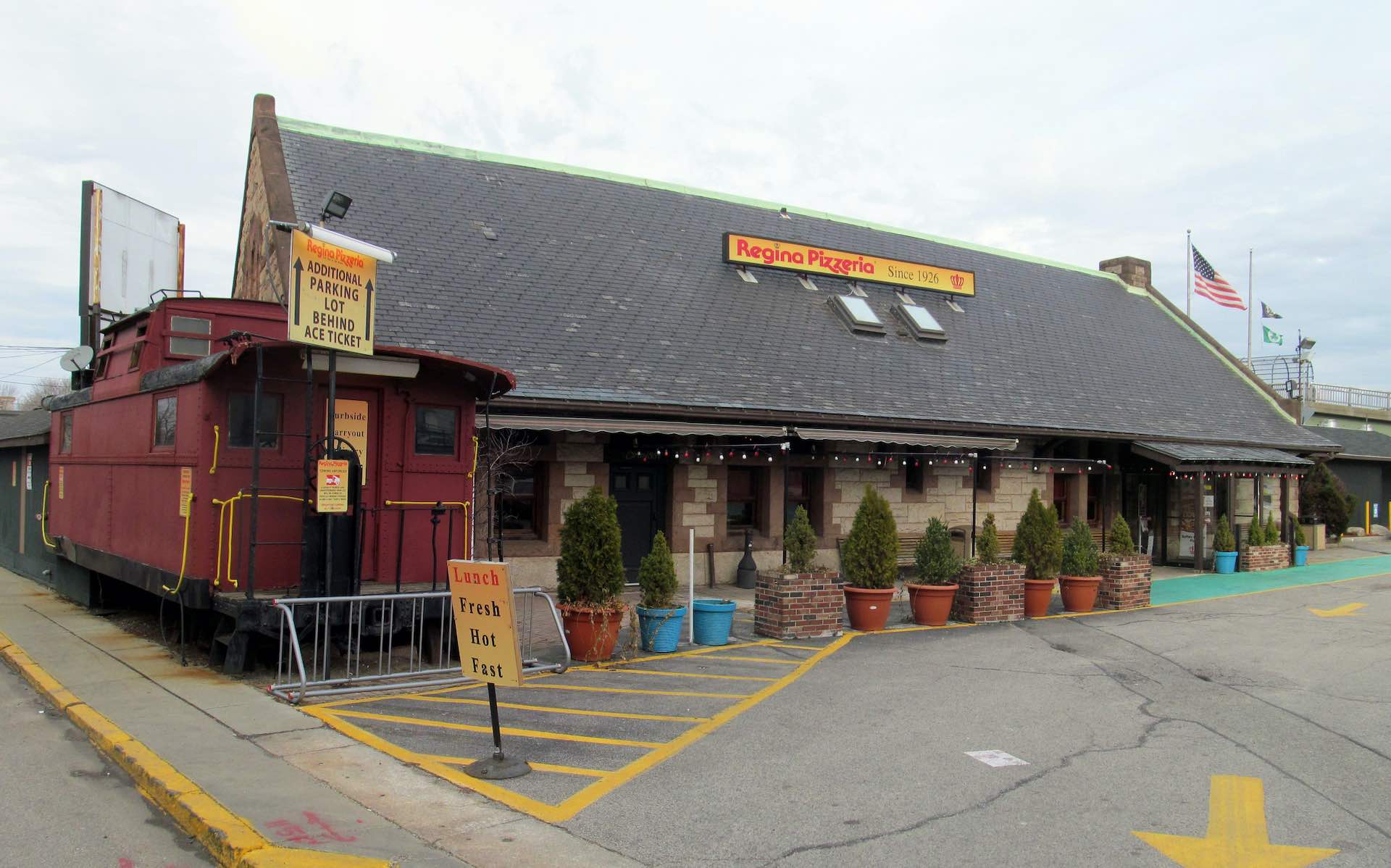 The new Allston location of Great Scott could be just down Harvard Avenue.

Less than two months after Oak Hill Properties LLC ended a spirited campaign to save, resurrect, and maintain the beloved bar and live music space by signing a new tenant at 1222 Commonwealth Ave., efforts to re-launch the venue elsewhere have landed on a new potential location: The former Regina Pizzeria space at the historic Allston Depot.

The campaign is organized by former Great Scott booking agent Carl Lavin, who led a crowdfunding effort via Mainvest that has generated nearly $200,000 in community support.

“We have located the perfect location to relocate the Great Scott amidst the craziness of 2020,” Lavin writes on the Mainvest page, which was updated today (August 18) to reflect the new targeted location. “I’m proud to say that we’ve entered into negotiations with the landlord of the former location of Pizzeria Regina, whose roots and passion for Allston have proven undeniable over the years.”

Lavin continues: “Additionally, we’ve been working with a well-known locally-owned pizzeria to partner on the location so that Great Scott will be able to work to reopen as a loyal Allstonian hub for the arts and watering hole and before Phase 4 of reopening, to help secure our long-term success.”

The former Regina Pizzeria spot, owned and operated by Arcand Associates, sits at 353 Cambridge St., on the corner of Harvard Avenue, diagonally across the street from Great Scott sister venue O’Brien’s Pub. It was left vacant after Regina permanently closed in July. Regina had operated the space since 2010, and before that it was known as college hangout the Sports Depot and seafood restaurant Captain Fishbones.

The relocation of Great Scott would be a welcome reversal to a series of live music venue closings in the Boston area as a result of the COVID-19 pandemic. Since March, the region has lost Great Scott, The Milky Way in Jamaica Plain, and The Cantab and Club Bohemia in Cambridge. Last month, news hit that O’Brien’s, also owned by Great Scott owner Frank Strenk, was up for sale, though efforts have been made to keep the venue open.

Great Scott first closed in March as the coronavirus pandemic began to hit, and word spread on May 1 that the live music venue would not re-open after Strenk declined offers from Oak Hill to keep the club going despite an uncertain market for live music.

A few weeks later, Lavin, under his new Chowderquake, LLC operation, reached an agreement with Strenk to purchase the club’s liquor license, gear, and intellectual property, and on May 26, independently launched a crowdfunding campaign through MainVest. That campaign has raised $198,000 through 518 independent investors.

“We’re saving Great Scott, in both name and experience,” Lavin writes, “by relocating it to a new location while remaining in Allston in both spirit and presence.”