Carissa Johnson skateboards through a barren Boston for new video-remix 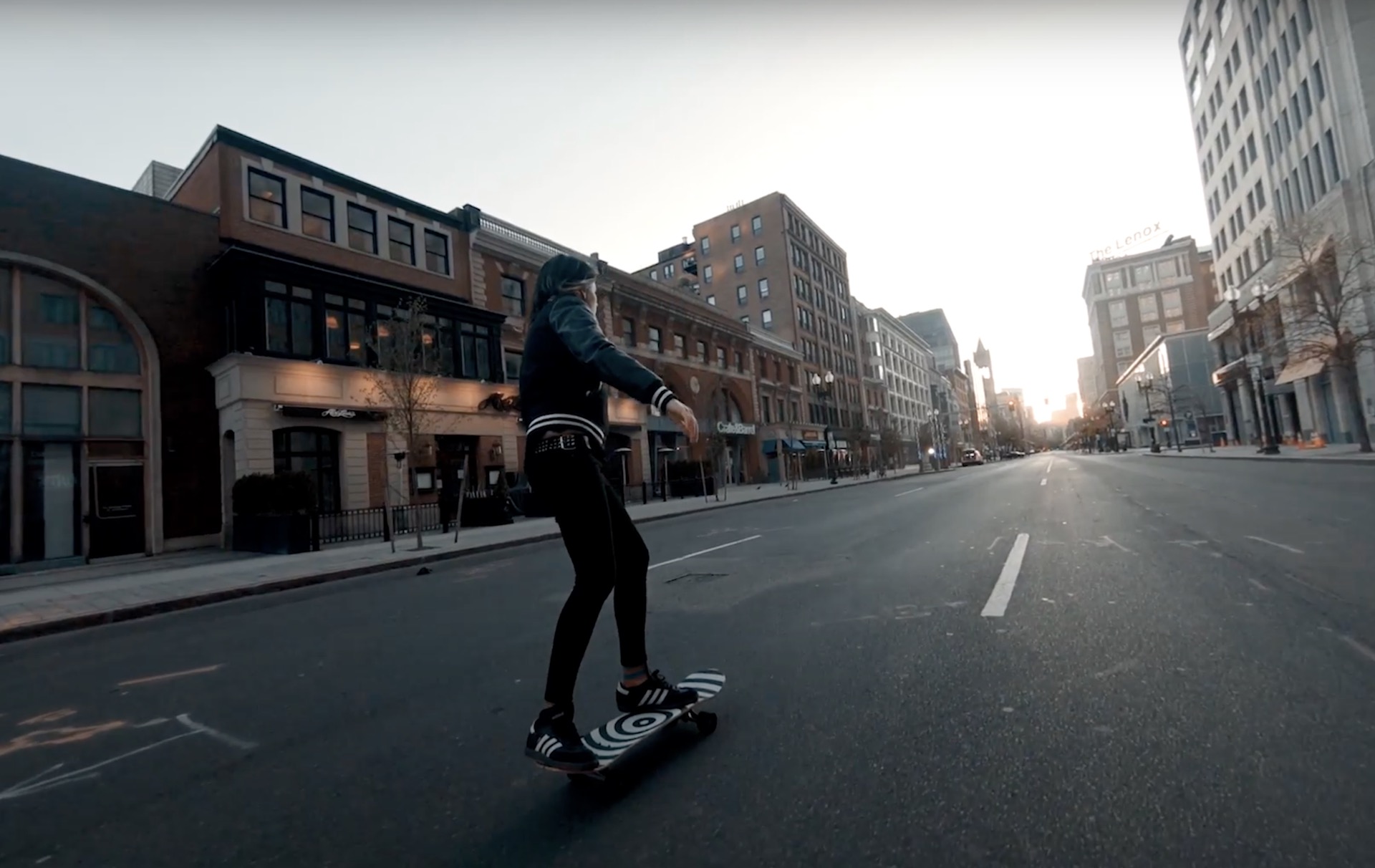 When you can safely skateboard down the middle of Boylston Street in broad daylight, there’s serious cause for concern — but you didn’t need us to tell you that.

Reflecting a barren side of Boston proper, Carissa Johnson’s new video for “So Far So Good” lands today (July 10), sporting a remixed version of the song’s audio. The moodier edition of the tune comes courtesy of Ryan Manning, known for his production work and efforts behind the kit for bands like The Devil’s Twins and Baragon.

It’s an artifact of irony, of course, which the visuals in the video reflect: Precisely nothing about 2020 is “so far so good,” and Johnson’s new visual captures that through scenes of a city at a complete standstill. Filmed via drone by Johnson’s brother, the “So Far So Good” remix showcases a moment in modern history where everything is paused… except the music.

“I couldn’t believe the fact that I could skate down the middle of Boylston Street from Berklee to Copley Square without any cars or other people on the road,” Johnson recalls to Vanyaland. “Skating over the Marathon finish line was pretty surreal. It’s a street I walk down a lot and it was just a crazy experience. My brother had been sharing his drone footage from Boston while I was out of town and I couldn’t believe the empty streets I’m so used to seeing packed full. When I saw it in real life it really felt strange, and I wanted to capture a moment in time I probably wouldn’t ever see again.”

Take a ride below.