By Nick Johnstonon May 8, 2019
ShareTweet 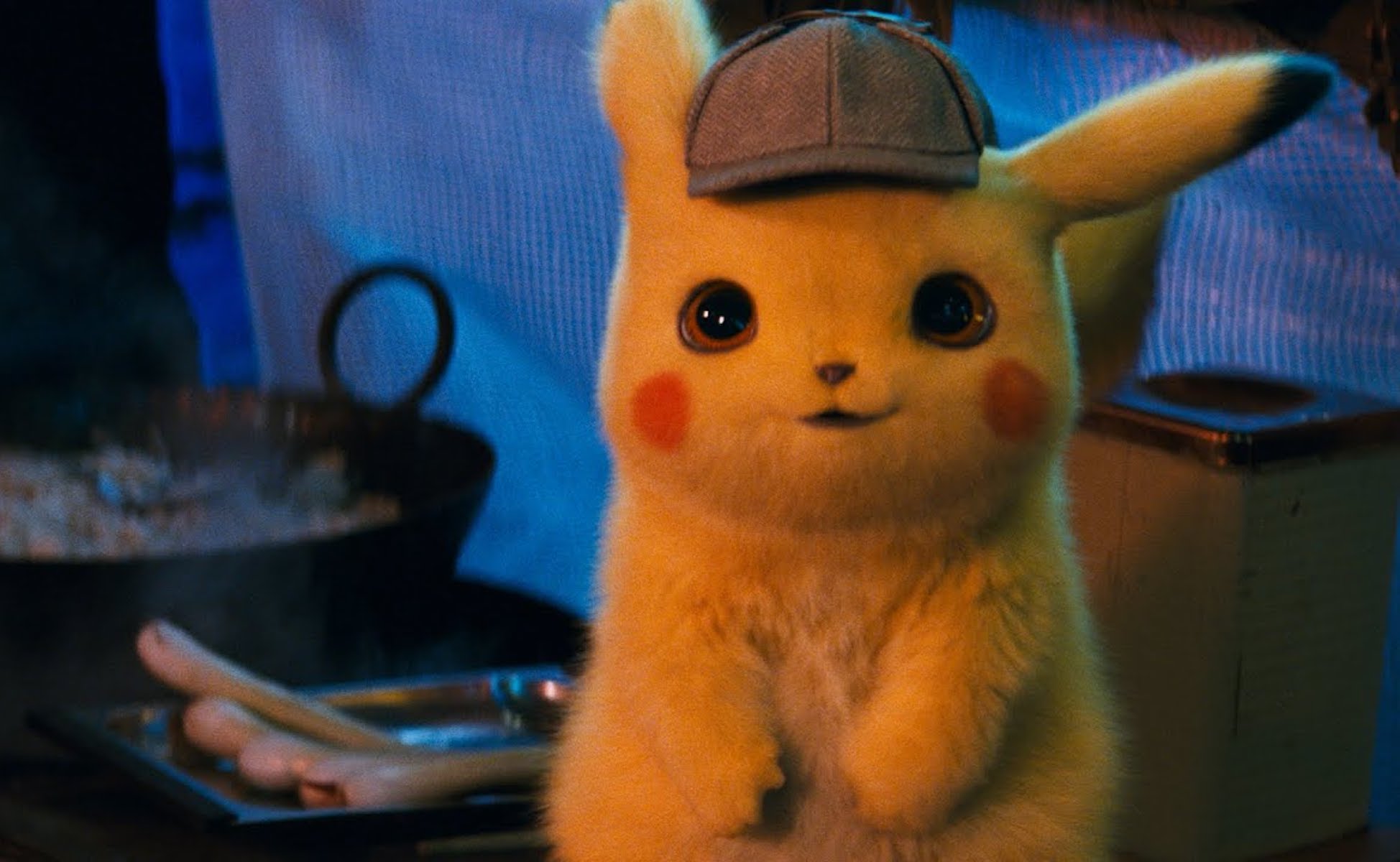 Ever since the start of the blockbuster era in 1975, Hollywood has attempted to take esoteric properties that a small subset of people love and transform them into the kind of widely-accessible entertainment that might draw in a large audience, often to the detriment of those works themselves. Remember how characters in the first X-Men film sneered at the idea of wearing “yellow spandex,” even though legions of comic readers actually loved the wild costume designs that you’d find in your average Marvel comic? Well, through decades of trial and error, the studio system has figured out to balance that accessibility without betraying or alienating the core audience for these films — see anything relating to the Marvel Cinematic Universe, which is about as good of a compromise as you’ll find between the average Joe and the geek — but one subgenre where that still isn’t true is the slowly-growing field of anime and manga adaptations.

One only needs to remember the terrible adaptations of Dragonball, Death Note, and Ghost in the Shell that have horrified all audiences and (especially) critics over the past decade. There’s a distinct unease that studios have in dealing with foreign properties known best for their quirky depth and intense stylization, perhaps due to the failure of something like the Wachowskis’ Speed Racer back in 2009. They want the draw of the name-brand recognition to bring in both the Hot Topic-clad youth who wastes away afternoons sitting  on the floor in their local Barnes & Noble reading voluminous amounts of manga and their parents, but they don’t want to risk too much, either. This results in the fan hating the movie and ranting to their friends about it on whatever message board they frequent, and the parent simply avoiding the theater entirely. I’d also argue that there’s a distinct unease with the emotional maximalism that’s often present in the source material — it’s incredibly hard to half-ass the kind of goofy intensity that defines something like Dragonball, which is full of brooding and yelling to balance out the fighting — and that tonal inaccuracy also prevents these adaptation from working.

However, all of that might be changing soon, as Rob Letterman’s Pokemon: Detective Pikachu represents a bold step forward for all adaptations of Japanese media not produced exclusively in Nippon. It’s an admirably ridiculous leap directly into the wide joys of its source material, full of eye-popping detail and tons of thought in every frame, in order to tell a positively daffy story that’s full of the broad emotion that so defined the Pokemon cartoon back in the day. Seriously, I’d recommend you watch Pokemon: The First Movie: Mewtwo Strikes Back! before you watch this, just to remind yourself exactly what kind of material you’re dealing with: These tales are attractively cheesy in their pure-heartedness views on friendship and their constant thematic contradictions (animal testing is bad, but animals fighting is super dope).

Letterman’s work delights in the silliness that so many have shied away from in the past, and the emphasis on the wonders of this world propels it so much further than any prior adaptation of similar source material. It might also be the best video game movie ever made (move over Silent Hill), as it is directly based off of the Great Detective Pikachu game released for the Nintendo 3DS a few years back, but this story owes more thematically to the Pokemon anime — which is referenced with surprising frequency — than its supposed source material.

It’s a simple enough story, after all: Tim (Justice Smith), a young, formerly-Pokemon obsessed insurance adjuster gets the call that we all dread: His cop father is missing after a car crash, and believed to be dead. So Tim has to head into the magical Rhyme City, where Pokemon and humans exist in harmony, living and working together in joy, to recover his father’s things, and its there that it meets his dad’s Pikachu partner (Ryan Reynolds), whose speech Tim can understand for some reason. As such, the two have to figure out what the hell exactly happened to Tim’s father and Pikachu’s partner. The story proceeds as a kid-friendly parody of your classic neo-noir detective story. It’s full of amusing interrogations, one involving a Mr. Mime who the Pikachu can’t ever really get a read on; business intrigue present in the form of the Rupert Murdoch-stylized Bill Nighy; and Tim’s chaste romance with Lucy (Kathryn Newton), a fearless kid reporter looking for the scoop of the century.

Though the story is quite entertaining and compelling, it initially takes a backseat to the visual delights on display, of which Letterman’s team must have spent countless hours putting together. First is Rhyme City itself, as the production must have spent ample amounts of time trying to figure out what a world, filled to the gills with intelligent creatures of unimaginable power, would look like. There’s a sense of history to it, and these relationships feel organic: Pokemon have dumb nine-to-fives like the rest of us — the most amusing being a Ludicolo, my personal favorite Pokemon who is basically a walking, talking tequila-brand mascot, who works as the Pokemon bartender in the coffee shop that the Pikachu frequents — and they’re everywhere in the city, practically bursting out of the frame. A welcome side effect of this newfound emphasis on the personhood of these animals is that, tor the first time, the pocket monster battling on display doesn’t feel like cockfighting, as the “trainer” aspect of the “Pokemon Trainer” becomes more apparent. They’re just cornermen, like in your average boxing match, and it manages to distance the innocent world of Pokemon away from what an organization like PETA would have you believe about it.

Second are the designs, which, unlike a recent Hedgehog-related uproar, manage to strike a solid compromise between the animated Pokemon that you knew on mornings before school and the kind of realism that Hollywood places too much inherent value in. From the scaly dragon-like Charizard, to the utterly horrifying Gengar, to the precious Bulbasaurs that come to the rescue at one pivotal point, these designs are unanimously fascinating and occasionally quite beautiful. This design work manages to inform the film’s action sequences as well, such as the fun hyper-stylized fight between Pikachu and the aforementioned Charizard at an underground Pokemon-battling nightclub, where Letterman gets a chance to show off his inner Michael Bay in an action-heavy sequence stacked to the gills with ridiculous destruction.

Yet the film’s standout action sequence comes when the gang goes to a remote scientific facility in order to track down the final pieces of the puzzle of Tim’s dad’s disappearance, and are stalked by a gang of crazed frog-like Greninjas, who use their weird tongues and water powers in fascinating ways. This chase leads into another, environmental-based Pokemon encounter that allows Letterman to ape another director, Roland Emmerich, and the wild scale of that disaster-themed section makes it a visual feast.

As far as the human cast is concerned, Smith is solid enough, as he’s given so much more to do here than in something like Jurassic World: Fallen Kingdom, where he played ear-grating Courage the Cowardly Nerd in that movie’s heroic ensemble. He’s positioned as a psuedo-surrogate for all of the millennial parents in the crowd who might have drifted away from the “magic” of their childhood interests, whom this film is attempting to draw back in when they inevitably take their young children to watch it. Nighy is in pure goofball mode, especially when the third act hits (more on that in a second), and Newton, known best for her work in prestige films like Lady Bird and Three Billboards Outside Ebbing, Missouri, though given some of the worst dialogue in the entire film, is able to eventually right her way. There’s a practically mandated appearance from Ken Watanabe, who shows up briefly to be a gruff policeman (though he is paired with a precious dog-like Pokemon named Snubbull, who snarls at everyone in his path), and odd supporting roles that go to the likes of Rita Ora, Karan Soni and You’re the Worst’s Chris Geere. It’s a weird ensemble, befitting an oddity like this, and for the most part, they work well together.

But, after all, the film is called Detective Pikachu, and the draw doesn’t disappoint. Reynolds will have a hard time pushing back against the meme-saturated audience that believes the role should have gone directly to Danny DeVito, but he’s actually swell here. His type of manic energy is right for the part of this little hyper-caffinated P.I., and he has some solid one-liners amidst the groaners that he’s often known for in the Deadpool movies. It’s weird how often film nerds forget that Reynolds has solid work under his belt — just look at his collaborations with Marjane Satrapi earlier in this decade — and, when used properly, he can bring a great amount of charm to a role. Coupled with the incredible effects used to bring Pikachu to life, of which his fur is the standout (there are a few scenes in which he gets doused in water that have such realistic wet fur that they’re almost hard to believe that they’re CGI), he makes an incredibly interesting partner for Smith. The two have an easy rapport, though I kind of wish that this film could have been entirely about Pikachu and Newton’s Psyduck (who must be coddled as he “might explode,” according to Pikachu), as their moments on screen together are amongst the film’s best. And Reynolds, as well, has never been one to shy away from sappiness, which ultimately defines the the film’s finale, and his self-assuredness when descending to what is, depending on the viewer, either dead earnest or high camp.

Seriously, the third act for this film will be amongst the most divisive in recent memory, because of how deeply it commits to what the Pokemon cartoon was known for: Goofy odes about the power of love and friendship in the face of technological and political corruption. There are downright inane developments that occur and fly in the face of the typical kind of logic that we’ve come to expect from Hollywood adaptations of similar source material, and my audience did derisively laugh at some of the more intensely emotional developments. But at the same time, the film is playing directly toward the children in the crowd, who will feel this shit free of the cynicism that defines our attitudes towards the kind of playful silliness on display.

It’s hard not to love a movie that is so fully alright with expressing its otherwise cheesy, earnest emotions without giving a damn about what people think about it, and its energies are never misplaced in bringing this film to a solid ending. And that’s what makes Detective Pikachu so very special: Its commitment to its source material, with all of its so-called garishness and its delights — in conjunction with the depth of thought and effort on display in bringing this world to life — make it perhaps the most accurate and accessible live-action Pokemon film possible.