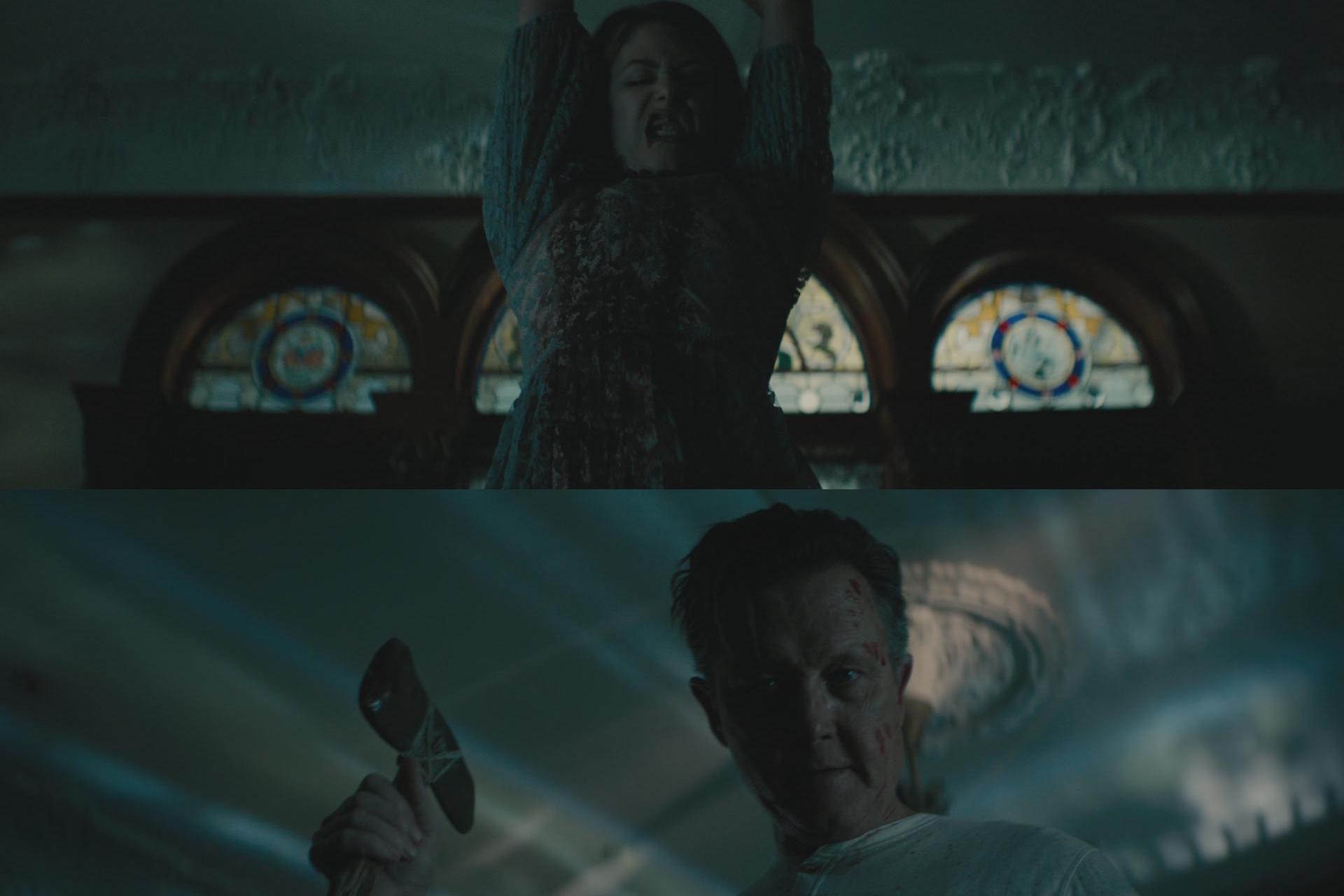 I can’t even tell you how disappointed I was with Richard Bates Jr.’s try-hardy horror/comedy Tone-Deaf, a film that somehow manages to be neither scary or funny throughout its 87-minute length and, in the process, wastes a perfectly campy Robert Patrick performance. Presumably a satire about intergenerational politics and relations, Tone-Deaf is about Olive (Silicon Valley’s Amanda Crew), a stereotypical disaffected millennial, who, after a break-up and the loss of her job, heads for a weekend out in the country to “reconnect” with the world around her. She stays at a manor house rented to her by Harvey (Patrick), who seems initially like a kindly old man mourning the recent passing of his wife. It turns out that a) Olive hates the country life, and b) Harvey’s nursing some angst about just how shitty the Millennial generation is. In fact, he wants to kill a brunching, adulting loser, so he can prove how dumb and weak that they really are. And, as such, he breaks the fourth wall often in order to whine to the viewer about how much they suck. Given that it’s Robert Patrick delivering these lines, they’re at least watchable, even though they’ve got the substance of a meme your grandma would share about how childhood was so much better when they had measles and regular beatings to shape them up.

It’s a shame that every scene involving Olive’s character is a total waste, and that the humor is so mean-spirited and dull. She’s a non-starter as a protagonist, perhaps meant by Bates to garner up as much sympathy as possible for Patrick and make his untenable positions seem, well, compelling. But there’s no heart to her character, as she’s just a collection of traits meant to grate on the audience, to the point where it feels like Bates hates her just as much as Patrick does. Even the additions of Kim Delaney as her hippie, commune-living mother or Ray Wise as her dead father can’t make her compelling, and the film is nearly dead on arrival thanks to the writing. It feels often like Tone-Deaf is anticipating a trend that it doesn’t want to lead.

You can expect more films like this thematically over the next few decades, as the millennial generation begins to get a handle on just how raw a deal they’ve received from their forebears, and presumably they’ll be better than this one. There are moments where Bates and his cast come close to realizing the movie that they set out to make, where Patrick’s aged Boomer seems menacing and/or in his hatred for the modern age and it’s in those precious seconds that Tone-Deaf vaguely looks like it might do something interesting, but the movie’s just not strong enough to get there.