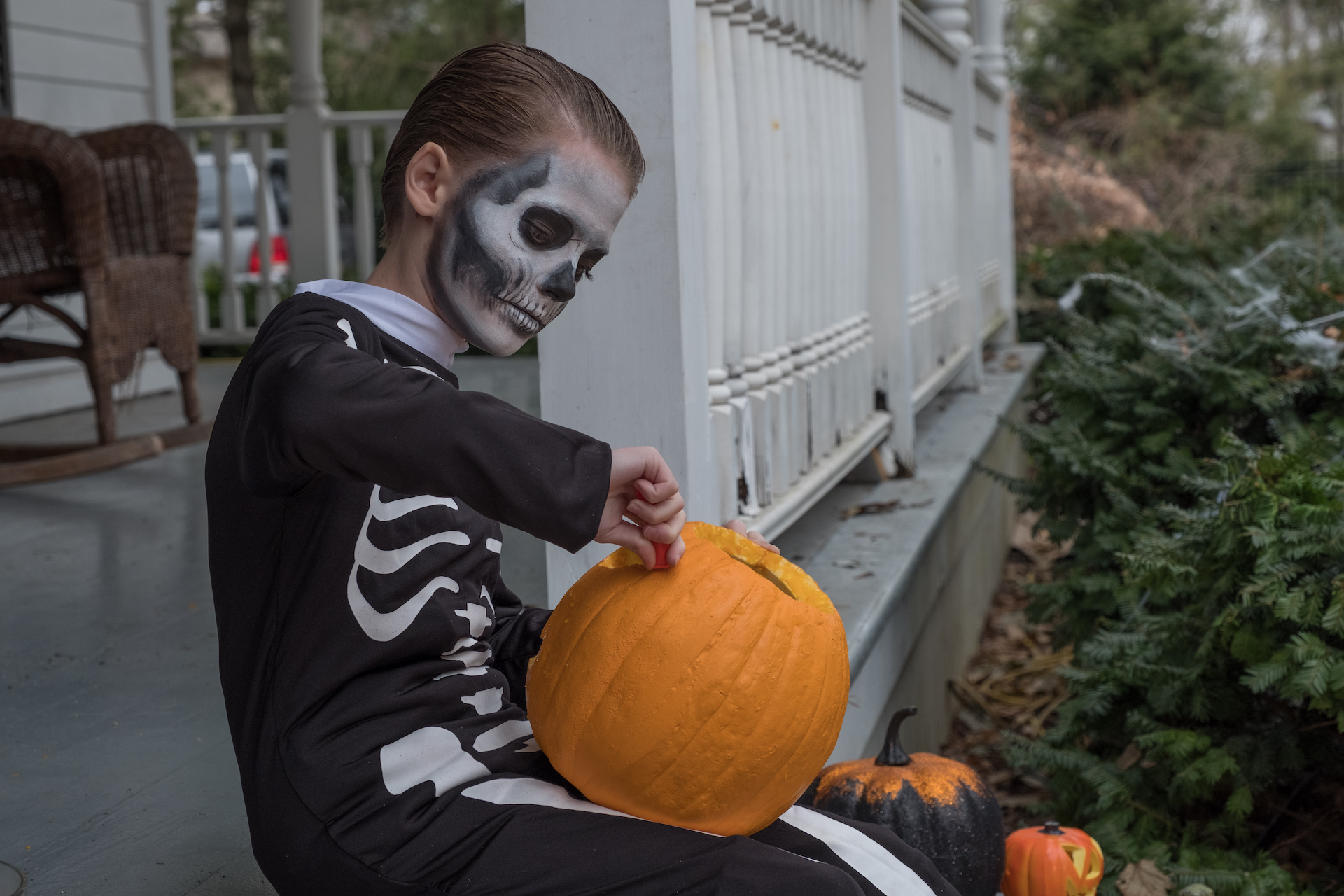 We’re getting a shit-ton of creepy kid movies in the coming months: Pet Sematary, The Hole in the Ground, Brightburn, and more (there’s one coming out that I really don’t want to spoil here), but the first up to the plate is Nicholas McCarthy’s The Prodigy. No, this isn’t a biopic about the electronica band that released “Smack My Bitch Up,” it’s about an antisocial young man named Miles (It’s Jackson Robert Scott), who, despite his the best efforts of his loving mother (Taylor Schilling) and father (Peter Mooney), seems to be spiraling downwards into violence and aggression.

“He’s been such a peaceful child,” the parents think, as they have to take him to therapy for beating up a classmate with a pipe wrench. “Where did we go wrong?” they think, as he leads a babysitter onto a glass-covered basement staircase. “Oh god, are we next?!” they panic, as he begins to focus his heterochromatic eyes on them, garden shears in hand. It’s up to his mom to try and figure out exactly what’s going on with him, and she’ll go to some odd ends to try and free her child from whatever has a hold on her son — including exploring the possible role that a supernatural presence has played in his change in mood.

I have to agree with Matthew Monagle of the Austin Chronicle that this would have been an absolute game-changer had it come out in the mid-aughts, where its brutality and utter goofiness would have felt way scarier in a landscape stacked to the gills with the silliest PG-13 horror possible (this incredibly mild film somehow got an R, which is perhaps exclusively for one deliciously creepy scene involving Colm Feore’s character midway through the film). It’s kind of funny how much of a throwback this feels like, almost as if it ignored every post-9/11 fear that America developed in its anxious haze, and I’m sure people will get a pleasant sense of deja vu from watching this. Schilling is bland enough for one to write themselves on to her, and Scott is, once again, creepy as fuck, though it’s nice that he’s getting a chance to enact Georgie’s revenge on a world that wronged him (it kind of made me long for the days when studios flippantly referenced each other in their marketing — how great would a “Now it’s Georgie’s turn!” tagline been).

Still, it’s not particularly memorable outside of a few moderately intense bits of gore — one involving a broken vintage Garfield drinking glass, which might put a big ol’ smile on Jim Davis’ face — and there are plenty of missed opportunities left on the table here, only some of which can be blamed by the rating. My audience happily chuckled along as the film got progressively more broad and silly, and, if anything, it’s sure to provide interesting counter-programming to horror-hungry audiences not existentially horrified into staying away from their local theater by a gender-flipped remake of What Women Want hitting screens at the same time.