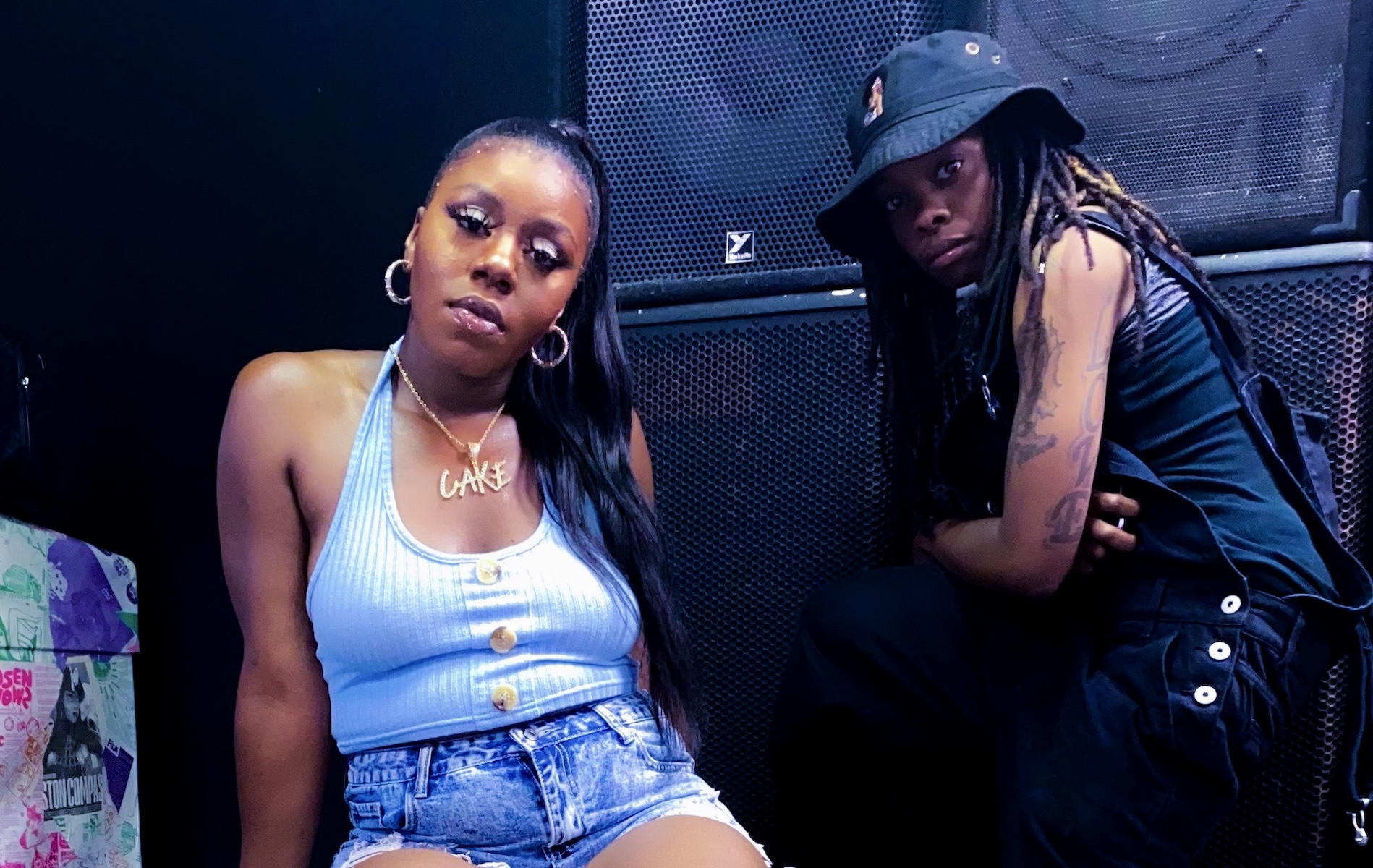 Music: DJ WhySham at the MFA

We’re extending the V3 Weekend into Monday (January 16) for Martin Luther King Jr. Day, and the soundtrack to the Museum of Fine Arts’ annual MLK Day Open House. Part of a healthy slate of activities and engagements, DJ WhySham holds down the beat all afternoon in the Shapiro Family Courtyard. No stranger to our digital pages, WhySham is the vision behind community arts resource and platform Boston Got Next, curator of Finally Reloaded Fest, and host of SparkFM Online’s Lunch Is Ova! radio show, all while collaborating with the likes of Cakeswagg (pictured with WhySham up top), Brandie Blaze, and countless others. Here’s word from the MFA: “Enjoy music from Dorchester native DJ WhySham, a visionary, activist, traveler, sister, godparent, and Boston’s ‘community DJ.’ She is a three-time nominee for DJ of the Year at the Boston Music Awards and was the only woman nominated for Producer of the Year at the the 2021 New England Music Awards. In 2021, she was named to WBUR’s ‘Artery 25’ list of artists of color transforming Greater Boston’s cultural landscape.”

Comedy: Dulcé Sloan at Off Cabot

Dulcé Sloan has been crushing it lately, marking her mark in the world of film, television, podcasts, and comedy fests, and now the Miami native rolls up to Beverly for four shows across two nights (January 13 and 14) at Off Cabot alongside David Perdue. Word of the shows first surfaced around these parts in Mic’d Up, with Jason Greenough writing: “Always one to bring down the house with equal parts grace, power, and of course a dangerously sharp comedic edge, Sloan has consistently proven herself to be one of the hardest hitting and unshakable forces in the game. Don’t miss the special opportunity to catch one of The Daily Show’s brightest stars in action.” Dulcé you, Dulcé me, Dulcé it together.

Film/TV: ‘Friday The 13th’ at The Coolidge

There’s no greater horror than 2023’s cold, bitter reality, but escapism comes stabbing off the calendar tonight (January 13) as Coolidge Corner Theatre presents its Friday The 13th Murder-thon, an overnighter that rises from the dead just before midnight and piles up the bodies across the iconic franchise’s first six films, from the OG to 1986’s Friday the 13th Part VI: Jason Lives. Here’s word from The Coolidge: “You were warned…you are doomed…and on Friday the 13th, nothing will save you from spending the night with Jason at the Coolidge! From his mother’s first murderous rampage at Camp Crystal Lake, to his resurrection as an undead, machete-wielding killing machine, we’ll try to survive ten hours of Jason Voorhees in Parts 1 to 6 of the Friday the 13th franchise. This is one you’ve been screaming for…”