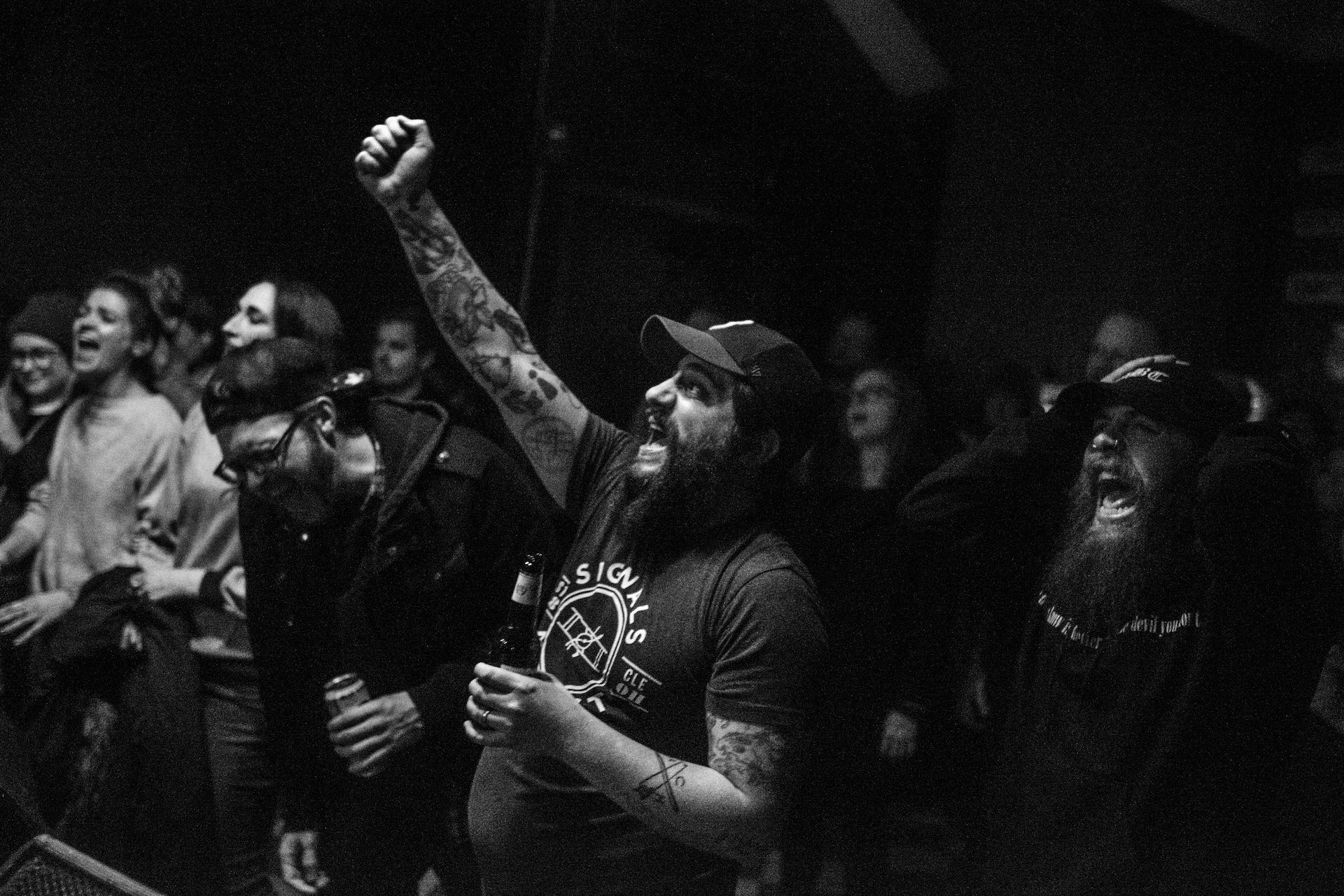 Ryan Agate swears that he could name 100 of his favorite shows ever booked at O’Brien’s Pub if he only had the time. But for now, five picks will have to do.

The longtime talent buyer for the Allston venue announced this month that he’s leaving his position at O’Brien’s after nearly a decade of booking (and attending) shows there. (When live music can safely return, Daniel Carswell will take over).

As a salute to his tireless musical service, Vanyaland asked Agate to select a handful of favorite shows he’s booked at OB’s over the years. What we got is a bittersweet slew of tales about blown voices, supportive Uber drivers, and glorious venue-long bar tabs.

“This leaves out so much,” he tells Vanyaland. “I can’t even stress how much I loved my time at OB’s and how many shows have made it worthwhile. This doesn’t even touch on the ‘Day Drunk Pop Punk’ series, the shows where bands reunite in secret, the shows that challenged me to get out of my comfort zone, the shows that were too hot/sweaty and somehow it was enjoyable even when the air outside was just as warm.”

“It’s been my honor to be able to book at OB’s,” he concludes. “I learned a lot, grew a lot, and got to see some absolutely awe-inspiring sets — even if sometimes I was the only one.”

Dig all of his picks below.

The bar receipt at this show stretched across the entire venue. Copyrights are one of my favorite live show bands, and they had played bigger shows I put on, but bringing them home I think they were like “what is this gonna be like?” And then the Offseason fucking kicked things off as they knew how to do, Great Lakes probably told more jokes than songs played, and the touring package dove right in as kids went fucking nuts the whole show. I don’t think Brett or Adam or Luke could wipe the smiles off their faces the whole set, it was fucking magic in a small room. Fun side note: The last time Direct Hit played Boston, they came to OB’s after their Sinclair show, but it was after last call and I had to send ’em to Great Scott, but I was too drunk to make it for a last drink thanks to Choke Up.

There are so many Choke Up, Dan Webb & The Spiders, Save Ends, and Signals shows I could choose, but this one…I mean it doesn’t get better than this lineup of pals. I could easily say each one of these bands is the best band and not be lying, and they magically were all on one bill in 2013. Wow, 2013 was a busy year. Having the opportunity to see these bands mostly from their starts to today has been a wild, fulfilling thing. They pushed me to be a better, more thoughtful booker, and have afforded me a lot of good times, blown voices, and tired workdays, and it has all been worth it.

Sometimes you know you love a band — and you get drunk and you e-mail them that you love them, and you want them to play a show, and they come and do it at a basement in Somerville. And then sometimes they want to do more shows with you. That band was Toys That Kill, and they are my favorite band. I am lucky to have been able to give them a handful of awesome shows.

Whenever Micah and Vanessa roll through town, I know i’m in for a special night, but this one hit really hard. The way Vanessa decorates the merch area, the way Micah’s songs cut to the core of your emotion. I stood there sipping a Miller Lite and cried as the songs were played, just soaking up the moment of a bunch of pals in a room listening, singing when warranted, and hugging, connecting with each other and not really knowing how not to. We were unified that night. Having Shane on the show, getting a few bonus Two Cow [Garage] shows was…amazing. I had just found out I was having a kid and Shane gave me a piece of his art about being a father, and that still hangs on my kid’s wall. [And] getting such incredible locals — Live Nude Girls were made for singalongs, and we all knew every word, Liam bellowing and booming on stage, and Amy picking and plucking. Hell, Amy’s Uber driver showed up to support, so we even made new friends.

This was my last show at OB’s — as it turns out a few more took place, but [this was] the last one I was able to attend. I was gearing up for the busiest May we were ever going to have at the club. I think I was honestly not sure how we would do it, but this show… having seen pushflowers start off and grow to be just one of the best live bands in the biz, have a touring band who brought the fucking energy and were just such great folks, and Gap Teeth, a new band starting out completely set off a tone for a great and memorable night. I don’t think we really knew what was gonna happen, but well, here we are.