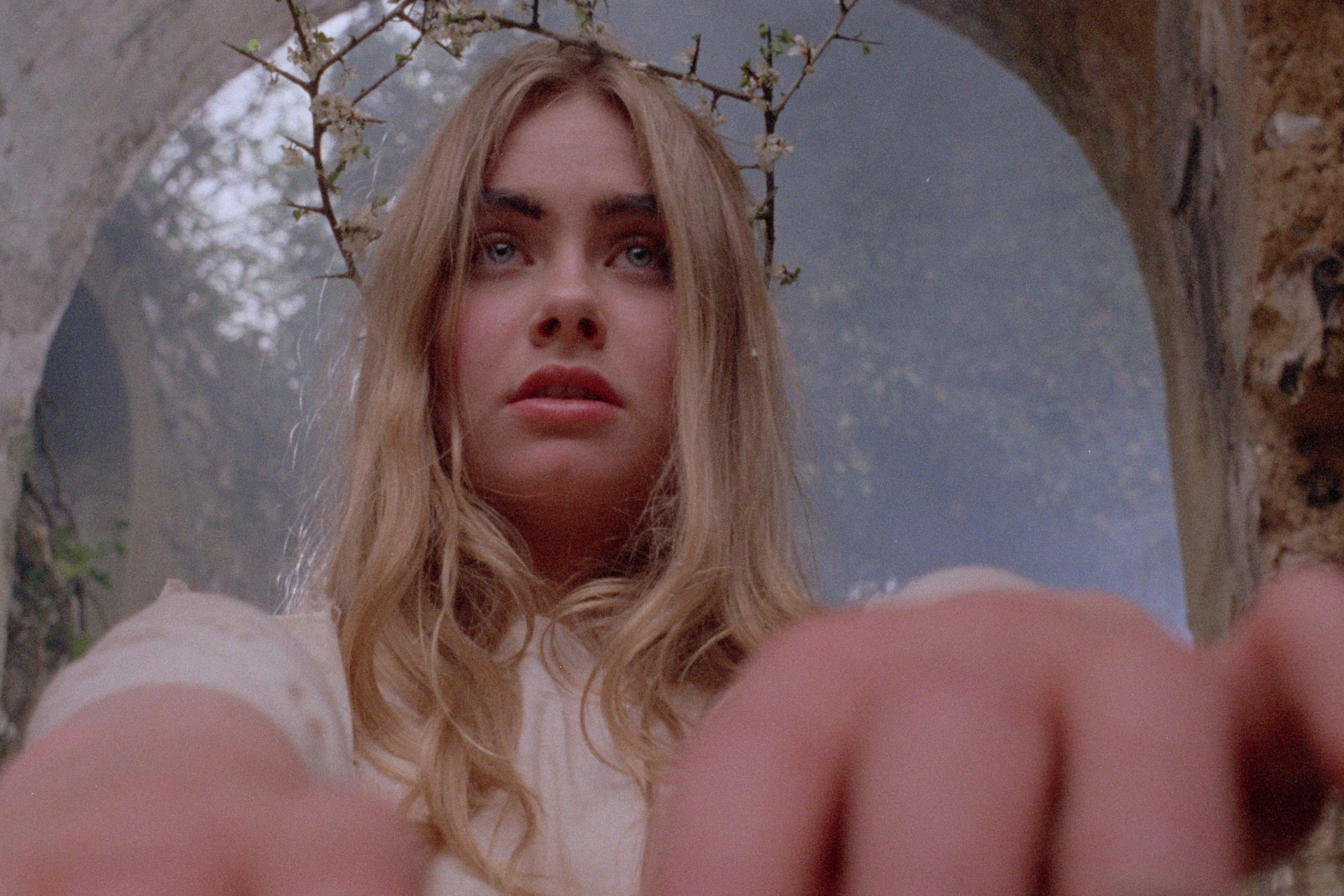 Even if you don’t have a particularly strong attachment to the horror genre, you are probably well-aware of the resurgence of folk horror at the cinema in recent years, and you’ve probably watched one yourself, perhaps from between your fingers. The careers of Ari Aster, Robert Eggers, and others from the “elevated horror” set were not, as it may seem occasionally, the result of spontaneous generation; rather, like dozens of films before them, they sprung forth from the metaphorically cleaved-open heads of our elders, balladeers, campfire storytellers, and long-dead ancestors discomfited by and incongruous with modernity. Now, I deeply empathize with those who see the three-hour runtime of Kier-La Janisse’s Woodlands Dark and Days Bewitched: A History of Folk Horror and immediately begin to panic, but I’m here to tell you that, despite the film’s epic-seeming runtime and academic-sounding title, Janisse’s doc goes down smoothly as your preferred Halloween candy on November 1. It’s an enriching and rewarding deep dive into an enduring strain of horror film, one that ebbs and flows in popularity with the current of culture but always manages to retain its power when it ultimately comes back to haunt our screens.

Divided into a series of subchapters (which may make for an excellent cleaving point for a streaming service that wishes to present the film as a feature and in an episodic form), Janisse charts the evolution of the genre in a series of stages, beginning with “folk horror” as it’s often traditionally associated with, in England, with films like Witchfinder General and The Blood on Satan’s Claw establishing its roots in Enlightenment-era conflict between the Old and the New, and transitions outward from there, ultimately providing a glimpse of the genre as it exists as a worldwide method of storytelling (to list all of the films featured would both spoil some of the fun and take up far, far too much space). Along the way, she and her assortment of interview subjects examine a number of periods and places, finding specific thematic threads to pull on, each of which unravels a new series of films in an almost free-association-like way. But one begins to see the whole of the tapestry as the film continues on, and it’s at that point that you realize that the three-hour-length is a bonus rather than something to be feared. It, like the best documentary films about film subgenres, is inherently curious, and allows for a broad and interesting array of cinema to be included within its boundaries.

Woodlands is well-constructed and sturdy, full of interesting facts, films, and people, and it really never rests on its laurels in the way that some other docs about film do, where the core of the chosen subject is simply presented to the viewer and never really examined. There’s a very clear throughline between Janisse’s career as a writer/editor and her work on this film, and that’s in the way that she seeks to incorporate as many expert perspectives on these films as she possibly can while also maintaining a level of accessibility in order to expand the scope of the film beyond the academic. For newbies, it gives you just enough about a specific film to pique one’s curiosity without fully spoiling its allure, and for the oldheads watching to see their knowledge of the genre acknowledged, it provides a shitload of valuable context in alternative reads or the circumstances of its creation. And, again, there’s the exhaustive scope of Woodlands: Even if you’ve got a prodigious amount of knowledge accumulated about horror built up from years of dedicated viewing, you will likely find something new here to seek out and watch, and come away with a better understanding (or appreciation) for this odd grouping of films, one that’s a little more than a genre and a little less than a mode in and of itself.