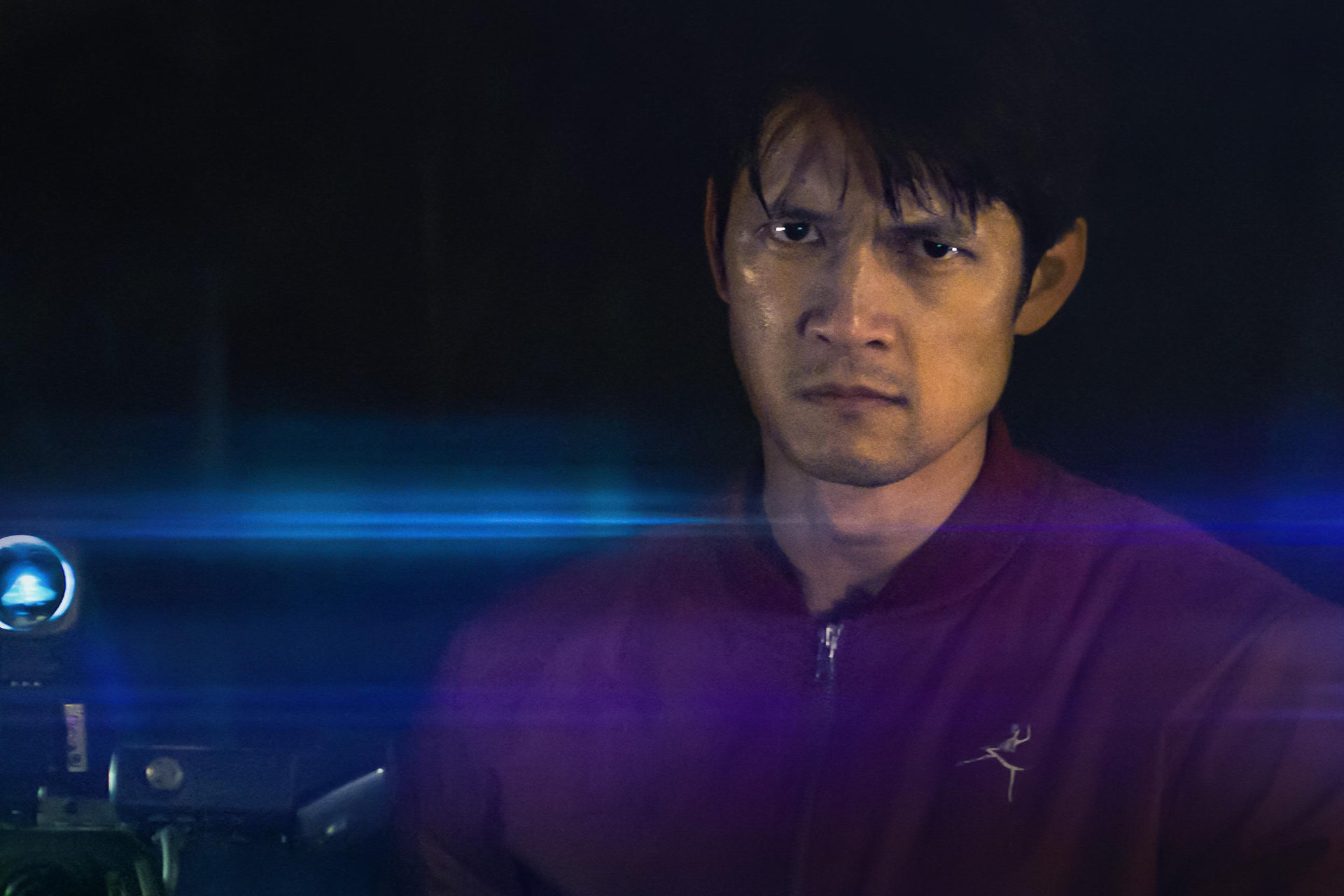 I like to think I’m a fairly simple dude: I like pizza, petting dogs, good weather, and, of course, I am always going to enjoy a Brian De Palma riff that somehow manages to capture the frenetic and suspenseful feel of that master director’s work without resorting to outright aping his style. So it’s with that in mind that I quite enjoyed Jacob Gentry’s Broadcast Signal Intrusion, an affable and immersive thriller that both exploits a fun historical incident for some genuinely compelling storytelling and manages to limit itself to a single split-diopter shot (at least by my count). It’s Blow Out by way of public-access video jacking, centered around a solid performance from Harry Shum Jr., though the journey ultimately winds up being a lot more fun than the destination.

Inspired by the insanely-creepy Max Headroom Incidents, where, back in the late ’80s, two Chicago-based television stations had their broadcast signals briefly hijacked by a surrealist prankster in a Max Headroom mask (whose identity is still unknown to this day), Broadcast Signal Intrusion sees a digital archivist named James (Shum) attempt to uncover the mystery behind a similar TV anomaly discovered one night when he’s working the graveyard shift at a local television station copying their old taped broadcasts on to DVDs. Replacing the faux Co-Co-Co-Coke pitchman in this fictional intrusion is Sal-E Sparx, a character from an in-universe sitcom represented in these intrusions by a sweater-clad automaton in a black wig with rubber skin like white vinyl. Rebuffed by the FCC and FBI, who classified everything about the incident, James begins to sink into a world of conspiracy and mystery, as he discovers he himself may have a personal link to these bizarre incidents.

Gentry’s slow-burn approach to the material does a really great job of ratcheting up the tension and the feelings of paranoia, though those looking for gory thrills or outright jump scares will have to temper their expectations. But his work does shine in those moments, as his approach to these “intrusions” proves to be a smart one. they’re brief flashes of surrealist horror interrupting the otherwise pleasant and docile world of ’80s broadcasting, ones that, unlike a lot of other related films in the based-on-the-actual-events horror subgenre, actually come quite close to aping the feel of the footage that it’s actually based on. Shum’s collapse into anxiety feels genuine, especially given his character’s circumstances, and his woodenness and somewhat off-putting estrangement from everyone around him proves to be an asset, especially when he’s forced to collaborate with other characters. And with credit to Gentry, the rabbit hole he climbs down is often a fascinating one.

Well, that is until the penultimate seconds of Broadcast Signal Intrusion, which is a nearly film-killing whiff that feels less like a haunting echo of earlier moments in the film than it does the end of Monty Python and the Holy Grail. I can guarantee you that a whole segment of this film’s ultimate audience will shout at whatever screen they happen to be watching it on in pure frustration, and, weirdly enough, that’s a compliment to the previous hour-and-forty-minutes: we wouldn’t be this mad about it failing to provide a satisfactory conclusion if it weren’t previous compelling in some significant ways. Much like the real mystery, the suggested answers will probably disappoint you, but that definitely doesn’t stop the curious from seeking those videos out, and it shouldn’t stop you from giving Broadcast Signal Intrusion a chance either.