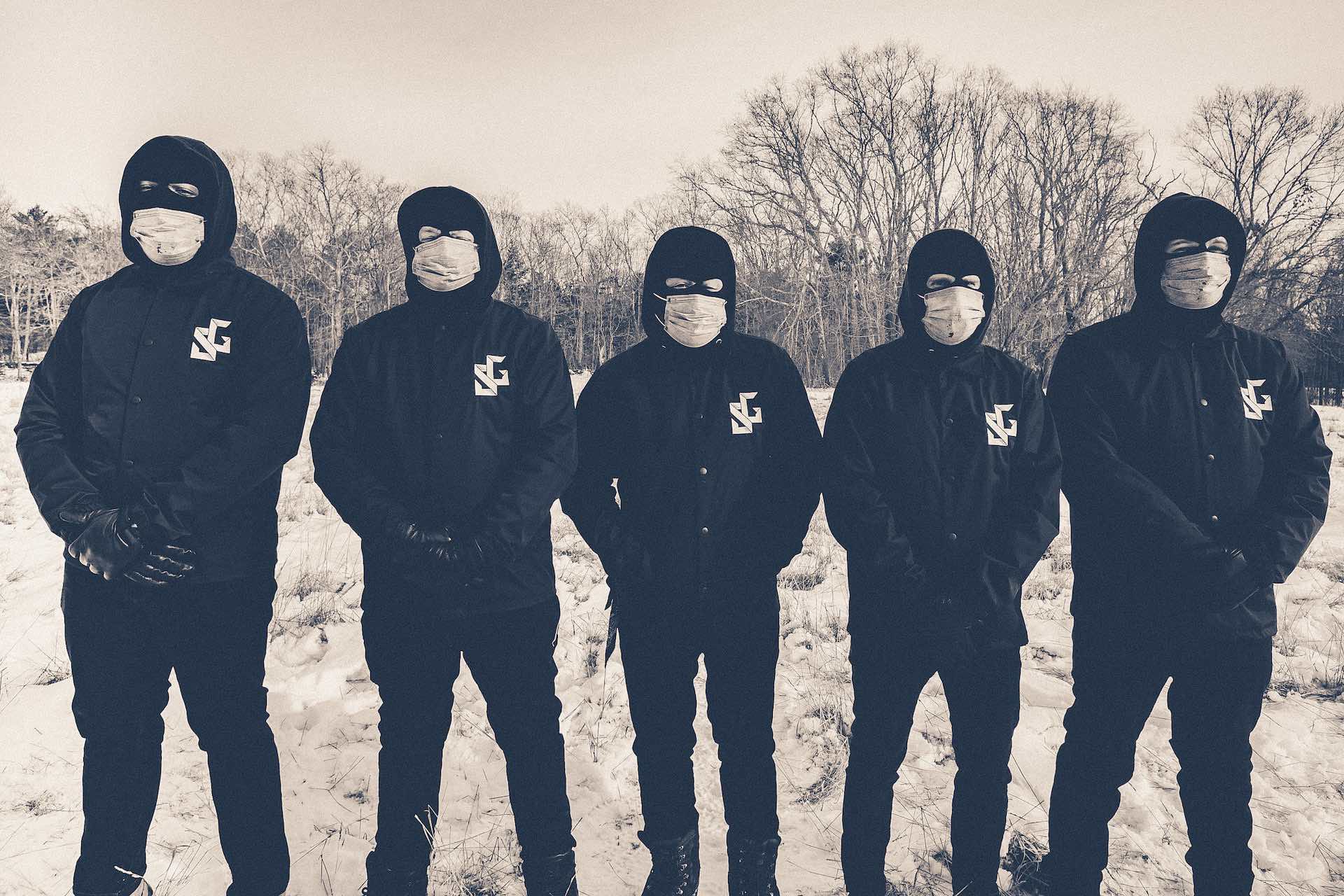 For an entire year, the world has been obsessed with masks: Double masks, disposable masks, sequined “fashionable” masks, and masks weirdly branded with company logos.

But STL GLD have been cognizant of societal masks — both visible and invisible — long before anyone had to for public health reasons last year.

The Boston group’s new single and music video “MSK” (released March 2) examine what it means to put up a facade in order to be safe and accepted every time you step outside. Recalling Watchmen character Hooded Justice throughout the track, the elastic hip-hop of “MSK” crafts a cutting account of racism, police brutality, and blatant double standards within the American legal system.

“Shooting us in our own house / Through the window unannounced / I see the devil flinging bullshit in large amounts / Got the jails filled with Black and Brown,” frontman Moe Pope raps on the second verse.

“I believe we made this around the third month into the Covid shutdown, fresh off of senseless killings and maskless white folks screaming about freedom in supermarkets,” Pope tells Vanyaland. “I was binging shows like the rest of the world. One of my favorites during that time was Watchmen on HBO. Its narrative ran parallel to things unfolding in our country.”

To Pope, as with many other Americans, donning an invisible mask in order to go about your day is nothing new. Yet the phenomenon works both ways; where some folks wear a mask for their own protection, others attempt to mask their prejudice by letting it trickle into politics and microaggressions instead of displaying it outwardly. Which, of course, is part of why many marginalized people feel the need to put on a mask to begin with.

“To me, most of the people complaining about wearing a MSK have been wearing them for many, many years,” he adds. “As a Black person who grew up in America, I don’t know many people who haven’t had to put on their MSK — whether to protect themselves, their jobs, or to make others ‘feel safe.’ Some people put on a MSK to hide their fear; I used to put one on to keep my job …all of this is very much a part of the American way, a realization that I’m desperately working on shedding.”

He concludes: “I, like many, am trying to find ways to cope and answer the ‘why?’  …this song doesn’t have the answers. I don’t think that should fall on me, but I can at least try to make people think and see things differently.”