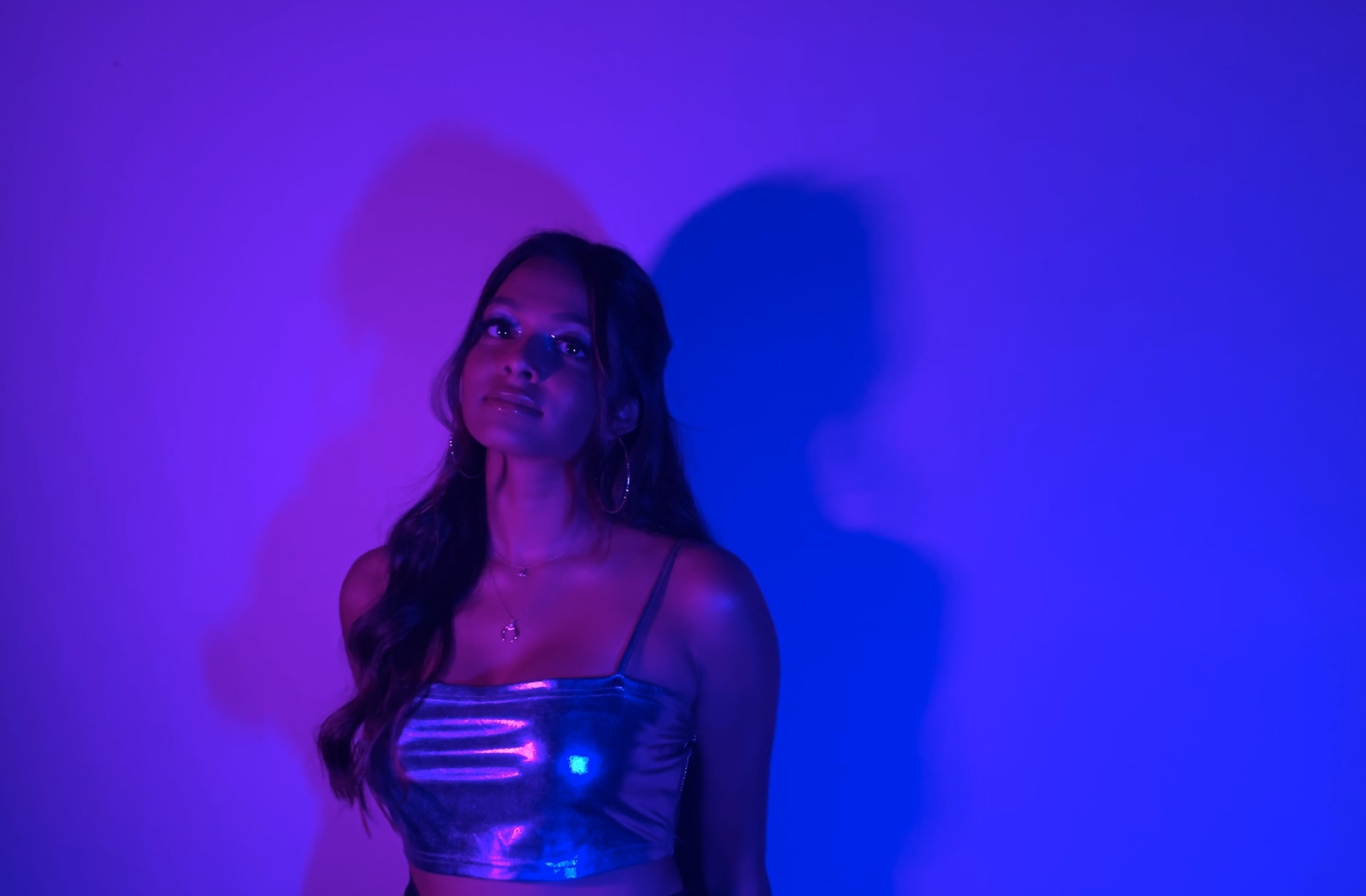 Shaya Ramanan didn’t mean to produce her first track. On a languid day in quarantine last spring, she tinkered with a song called “ToxXxic” on GarageBand in her seven-by-nine-foot bedroom in Boston’s North End. When it felt whole, she stopped.

Without realizing it, she was a producer from that day forward.

“I produced and wrote my first track in April of 2020 within hours, not knowing entirely what I had just done,” she recalls, nearly a year later. The accidental turn of events set a new routine in motion: Watching around 10 YouTube videos on producing and mixing every single day. Ramanan was eager to expand her musical identity beyond singer, songwriter, arranger, and multi-instrumentalist.

Except Ramanan has an overwhelming number of hats to wear (and worry about) already.

“As a first generation, Sri-Lankan American, Tamil brown girl, and female producer, I feel like I wear many hats,” Ramanan tells Vanyaland. “Representation is super important to me. I grew up in white suburbia where I was one of the only kids of color throughout my entire school career. I always felt like there was no one on TV shows or in the media or the music industry that looked like me.”

Her February release “Down” is her latest push for representation, packaged as an electro-R&B swoon.

As a budding artist, Ramanan says she turned to M.I.A. for inspiration, admiring a successful musician with shared Sri Lankan roots. But it was her mother, a part-time piano teacher, who started her down a path in music. Then came learning to play the Carnatic veena (a stringed Indian instrument) and vocal lessons. Then clarinet. Then drums, guitar, saxophone, flute, and xylophone. All together, she has over 20 years of experience in music theory and performing.

Still, one woman’s know-how can’t mend an industry splintered by sexism and racism, which remains a huge concern for Ramanan. As a woman in the producer chair — let alone a brown woman — Ramanan says she’s frequently on the receiving end of condescension and dumbed-down technical talk. On the other hand, DMs offering her “free studio time” seldom have anything to do with music-making. It all makes her urge for an intersectional solution even more fervent.

“This constant cycle of disrespect is what pushes me to become a better producer and artist everyday, because I want to change the industry narrative that girls can’t produce or have to date a producer to consistently release music,” she explains. “Only 2.6 percent of producers in the industry are female, and only a small percentage of that includes women of color.”

She adds: “I have noticed a huge gap in the music market for South-Asian artists and I would love to fill that role that I feel so desperately needs to be nurtured into existence… I have a lot of support from the Sri Lankan and brown communities I grew up within the Boston area, but it would be great to get more allies involved in expanding the music market beyond what is popular today and supporting brown artistry, especially in Boston which is primarily a caucasian city.”

It’s a challenge for certain, but one that Ramanan is ready and willing to help produce. After all, that’s what she does.

Listen to “Down” via Spotify below.