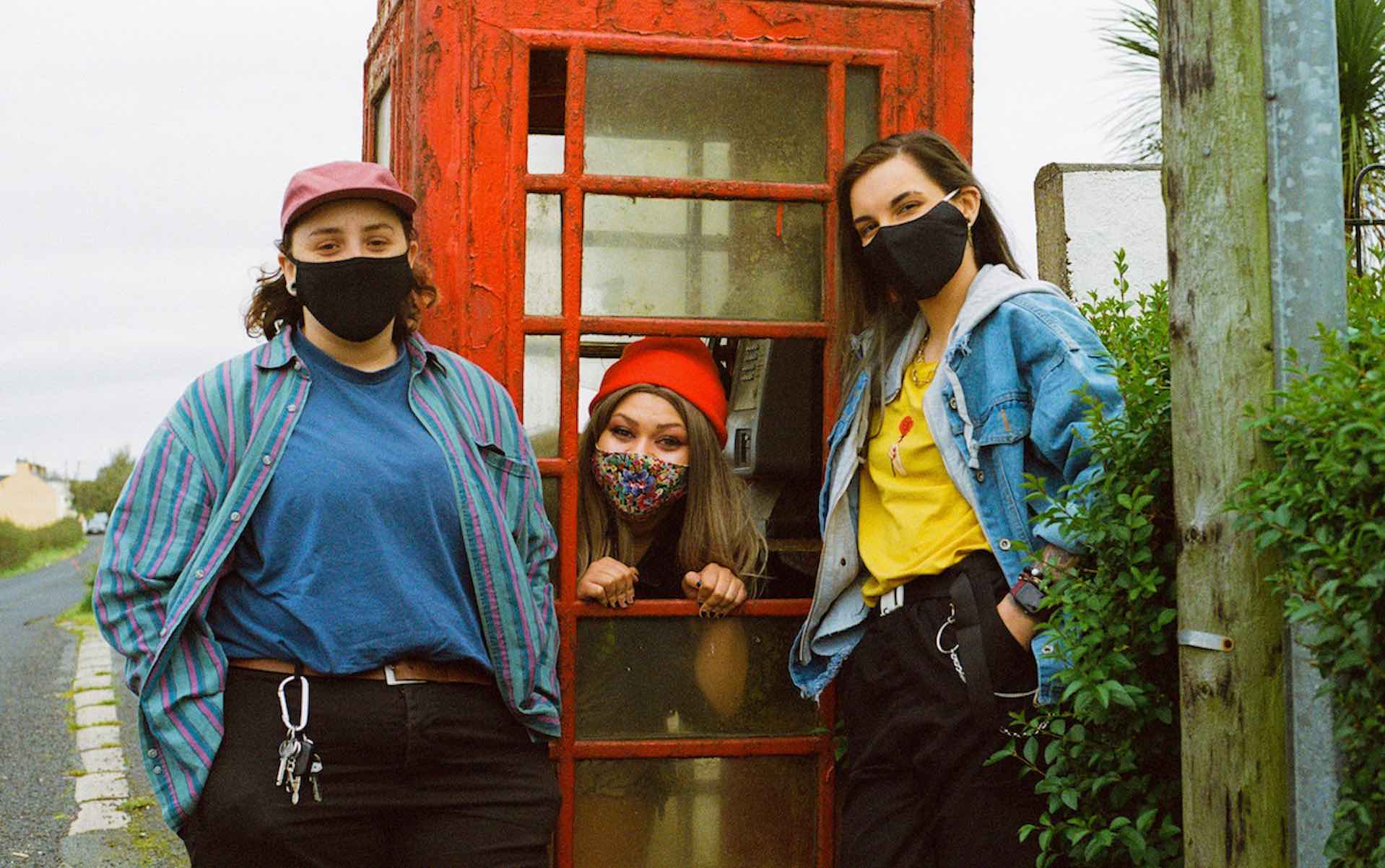 We gotta hand it to Cherym. The Northern Ireland trio dropped a wild and colorful new video today (February 25) for their infectious power-pop banger “Kisses On My Cards,” a track all about the cheating boyfriends who turned to chumps despite being all into the relationship at its start. But they’re not about to let the boys get any spotlight attention in the visual; nope, there is no glow-up here. Instead, the culprits have been replaced by a teddy bear.

Of course, we don’t think any proper teddy bear would do such harm, so while we’re a bit put off by the stuffed bear’s untimely dismembering, we’re easily (and luckily) distracted by the enthusiastic explosiveness and ruthless catchiness of “Kisses On My Cards,” the song.

“We’re sort of known for chaotic music videos at this rate but what would you do if your boyfriend was cheating on you?” Cherym ask (we don’t want to know the answer, either). “What do you do if you find out he’s three-timing you with TWO OF YOUR BAND MATES???? And what if your boyfriend is actually a 6-foot teddy bear???? Safe to say he got what was coming to him in the end.”

Poor ted. Cherym recently signed to indie UK label Alcopop! Records, and more new music is on its way, which means Cherym will likely be your new favorite band by summertime. Boys, and teddy bears, beware.