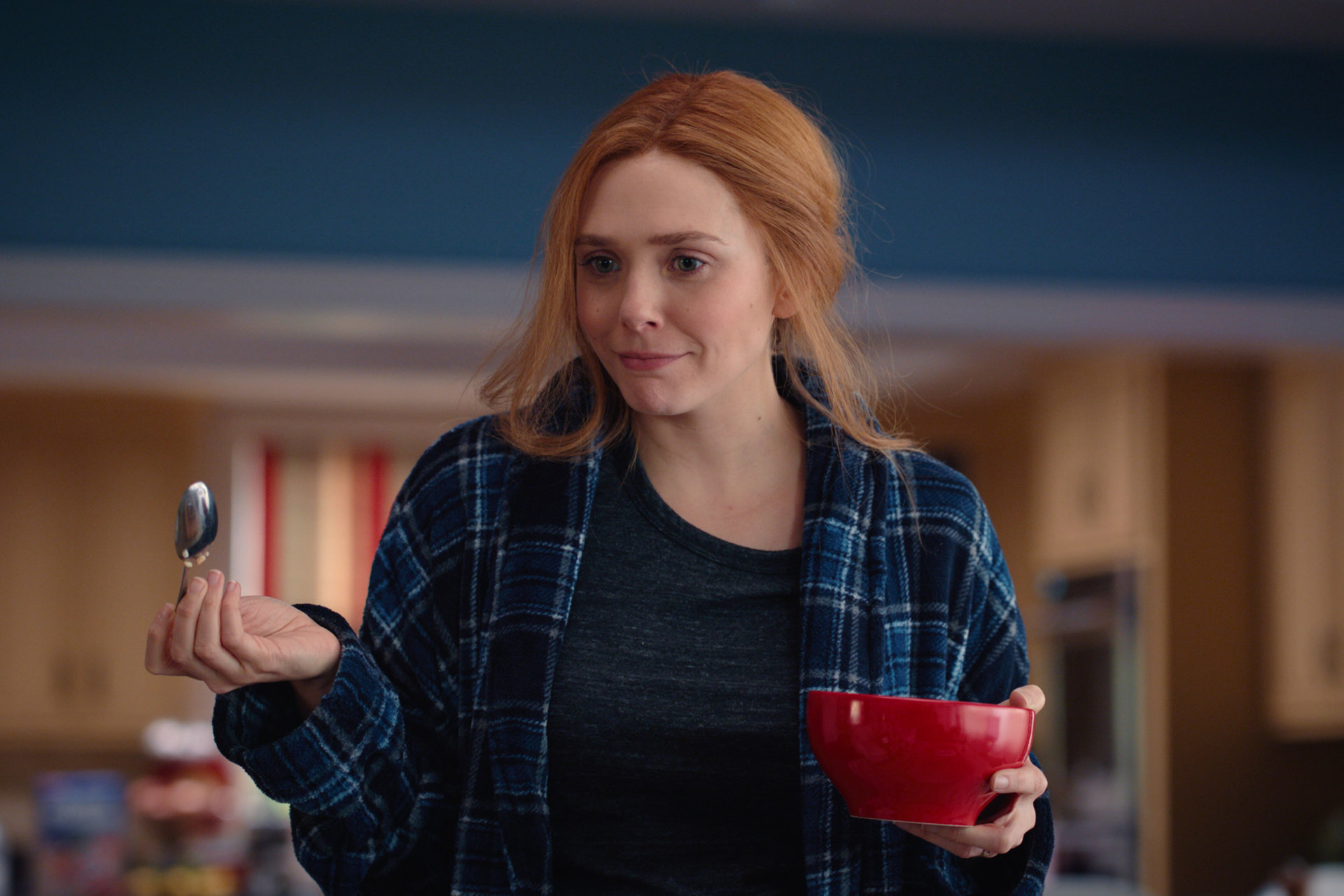 Nick Johnston: Let’s begin this week by pouring one out for Daft Punk, Thomas Bangalter and Guy-Manuel de Homem-Christo, who, much like Paul Bettany, played funky robots on stage but were, sadly, human after all.

Nick Johnston: Wow, that’s an astonishingly dumb lede. What the hell were you even trying to do there? I know you want to stay topical with these things, but you crammed that in there like a dollar bill that a vending machine kept rejecting.

Look, it happens. You should know as well as anybody else the effect that that band had on me, and I really didn’t want to jump too quickly into the meat of things, today.

Sure, I know that: There’s a very good chance I wouldn’t be writing about film had it not been for their work with Spike Jonze, Michel Gondry, and Leiji Matsumoto. People shouldn’t forget about how important that medium was for introducing film nerds to soon-to-be-huge directors back in the day. But why are you so hesitant? Did you not like the episode?

Really? Why not? I feel kind of blindsided by how our roles are being reversed here — you’re normally the cheerleader for the show, and I’m the contrarian. What was so bad about this one?

Well, let’s go over the bare-bones details of “Breaking the Fourth Wall,” first. This time, Westview is in the modern era, where the parody du jour is Modern Family.

To be honest I don’t know why we expected anything else. That show brought them in a shitload of Emmys, hefty amounts of syndication monies, and now Disney owns all of it. Of course it would be the terminus of the televised sitcom, regardless of whether or not it would actually reflect reality.

As you said in a piece last week, Disney tends towards the onanistic. But my unfamiliarity with it might be what prevented me from connecting with it — it was the one that felt the most outright lazy in its writing and editing, even if it’s the most accurate to the form.

That’s somewhat of a function of the documentary-like set-up, but, hell, The Office even did it with slickness and charm, once it found its footing. It’s kind of interesting that shows like this, which really depend on you loving the characters and wanting to hang around with them in a naturalistic fashion, require a significant time investment in order to do so. That was sort of the exact opposite in the original Office from Blighty, where the point was the acrid criticism of late-capitalist office structure. The form doesn’t engender interest and connection in the same way that it once did, especially since the signifiers have changed.

Dude, you’re not in a semiotics class anymore. You can stop showing off that degree. Anyway, we’ve got an A-Plot, where Wanda’s upset and she decides she wants to have some time alone without the kids (which Agnes is only too happy to provide her with, given that she’s got a case of the Mondays), and a B-Plot, where Vision finds himself in the former S.W.O.R.D.-camp-turned-circus with Darcy.

I’m just going to come out and say it: this felt like a filler episode in a way that a number of the episodes haven’t so far. It’s structured around two obvious reveals to anyone with a measure of knowledge about the comics — that Agnes is actually Agatha Harkness, Wanda’s witch mentor; and that Monica will eventually get super-powers — and it’s a goddamn chore to get through.

I think that was my problem, too. Again, we’re not suggesting, I hope, that we’re smarter than the show or anything — the obviousness of those reveals were obscured in prior installments by how fun the whole thing was. But, then again, all the things that make this show so much fun were thin on the vine here. The parody is done with so quickly, and the “mystery of the show” isn’t too much to fall back on.

Right, and I think it reflects a common criticism of Marvel’s best output — once things get down to brass tacks and that third act rolls around, it devolves into a really lame CGI fight, and that’s true of the best examples of the format. They only can mitigate the damage so much, like in Thor: Ragnarok. And we’re getting a lot of set-up for those fights to come with both of these reveals.

It’s just such a bummer that you’ve got performances as good as Paul Bettany’s and Elizabeth Olsen’s at the heart of this, and they’re being shunted aside for a lengthy cameo from the Landmaster from Damnation Alley.

The pay-off for weeks of speculation that Monica’s bestie was gonna be Reed Richards or Hank McCoy, or, as we guessed, Cobie Smulders, certainly paid off with a whimper, huh? Major Goodner? More like Major Misfire (look, I am joking here, put the gun down)! But I do think that the nerd blogs are protesting just a bit too much — after the COVID year that we all had, wouldn’t you be happy that you can straight-up shovel out bullshit rumors and speculation to a content-starved audience? Or was The Mandalorian enough?

I don’t think it was, no. I guess it’s nice to know that Agatha really was the angel of chaos governing the whole sitcom world, though. Her little song at the end of the episode was as close as I got to a laugh, and that’s mainly just because Kathryn Hahn is just so fantastically devious in this role.

It was, at the very least, a satisfactory conclusion to the A-Plot, given that Vision was essentially stuck in traffic getting a shitload of exposition from Darcy about his former life in the MCU before he realized he could fly away. Here’s a question for you: Do you think moving around inside the sitcom world is like playing Grand Theft Auto 5 or Red Dead Redemption II in cinematic mode? Can you feel the perspective change even if you’re still moving?

That depends. Are you being watched? Are you watching yourself? I have a headache now.

Me too. Weird. Is it a migraine? I get those all the time over my right eye.

Yeah, I think so. Need some Diet Coke and M&Ms. Anyway, Monica gets the lion’s share of cool moments in this episode, starting when she breaks through the televisual barrier like the badass she is, and gains some manner of power in the process. Those who have read the comics are likely to know that she’s gained the ability to manipulate light, but at the moment, she’s just able to make her eyes glow and hit a three-point landing.

That’s the way you know she’s got superpowers now. I’d tear a hamstring if I had to do that for an extended period of time. But yes, that’s right, and despite Wanda and her having brief stand-off on the lawn like they’re having a domestic disturbance on Reno 911!, it looks like they’ll probably team up to stop whatever bad boy is behind the whole thing. And since Paul Bettany keeps hinting that there’s going to be a heavy at the end of all this, one’s gotta figure we haven’t seen him yet.

It probably will be, given how on the money most experienced comic fans have been with the plotting so far. Do you think they’ll digitally reanimate Oliver Reed to play him?

No, but they’ll find somebody good enough, probably. God forbid if it’s Pacino.

Oh my god, I had never even considered that. If they didn’t leak Redford in Endgame, they probably wouldn’t have leaked that.

Anyway, two final things to cover: First, we have our first mid-credits sequence, in which Evan Peters scares Monica as she tries to spy on Agatha’s house, where Wanda and the witch are holding their “real world” detente. Anything to say about this?

Not really. Nice to know that Evan Peters is sticking around, because, aside from Bettany and Olsen, he’s probably the best part about the show.

And, finally, we come to the last thing: our commercial, which is a kind of dull meta-parody of antidepressant ads, advertising “Nexus” brand pills.

Yeah, this one was a bit too on the nose for me. Does this mean we’re not getting any more ads, though?

Who knows. Well, Jac Schaeffer does, but she ain’t telling. Any final thoughts?

I have one, actually. I wonder if giving Monica’s origin story in this is a big development for Captain Marvel 2, because, pre-Carol Danvers, the biggest thing one knew about Captain Marvel is that he was the superhero who died of cancer back in the ’80s. And given the fact that so much of Kelly Sue DeConnick’s run on the character (which is what most of the film portrayal of the character is based on) concerned her losing her powers for whatever reason… well, it might make sense to tie the two together, given that Marvel’s been finding organic endings for its characters and pass the torch to Monica. It’d be a sort of reversal of the approach they’ve taken with The Falcon and the Winter Soldier — Monica’s non-complicated history with Carol would make her an easy choice above, say, Kamala Khan, and she’s canonically replaced Carol before.

Wow, I can’t believe we’re ending on a hot take of that proportion.

Boy, I can’t wait to hear the response to that. Do I want that to happen? No! Is there a chance it might? Sure, I guess. Anyway, who knows what will happen. But, boy, I’m glad we’re done with this episode. Hopefully, next week is better. Once again, apologies to Rob Bricken, and thanks for reading. Gonna go cry and listen to Alive.

Me too, man. See you next week, everybody.