‘Flora and Ulysses’ Review: You’ll believe a squirrel can fly 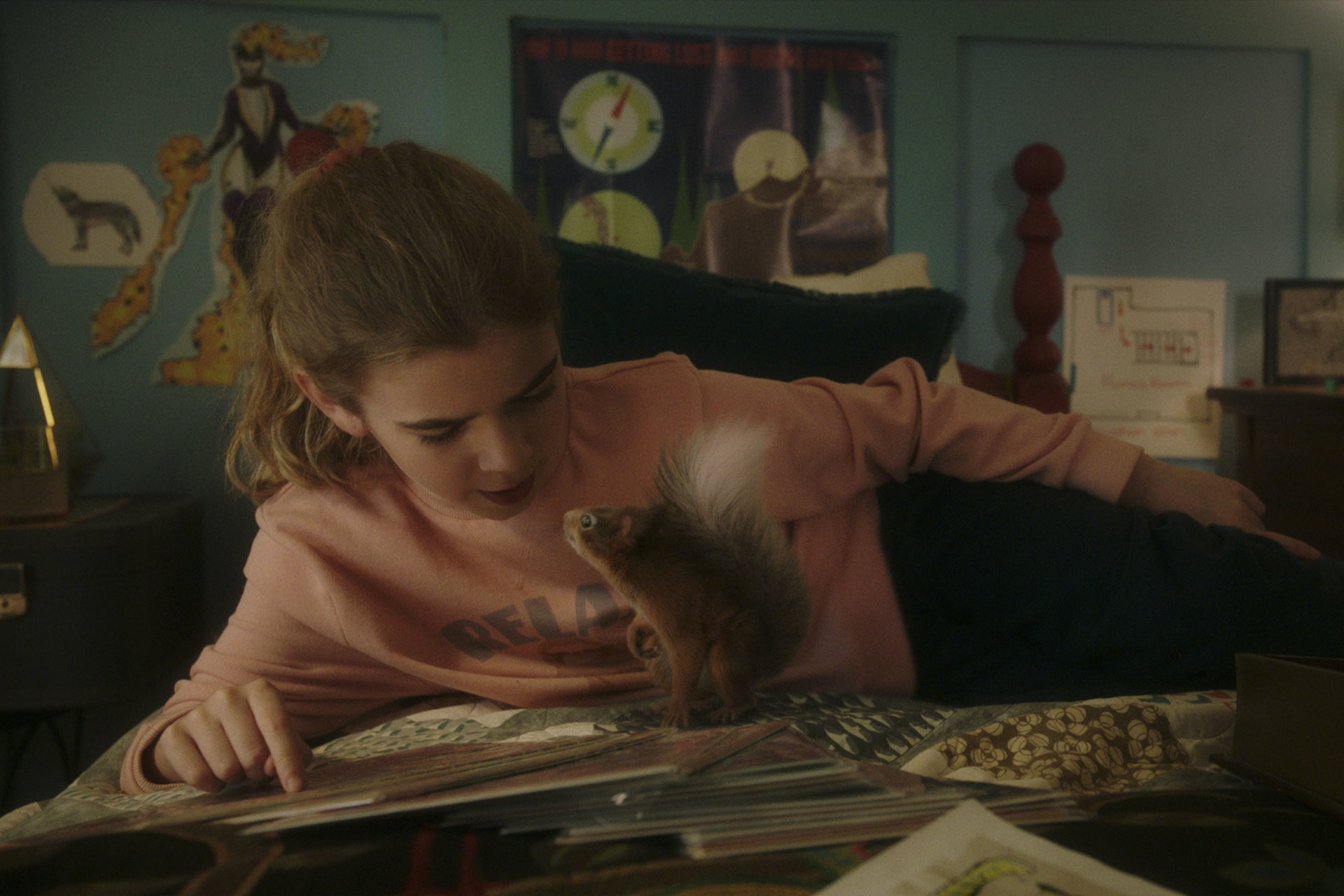 Lena Khan’s Flora and Ulysses is, somehow, both an example of how great a streaming service like Disney+ can be and how horrible it really is. Let’s start with the good: This tale of a precocious little girl named Flora (Matilda Lawler), a dyed-in-the-wool comic fan and admitted “cynic,” who discovers that a squirrel she saves from a neighbor’s out of control robotic vacuum actually has superpowers (whom she names Ulysses, of course), is absolutely precious and occasionally quite funny. It’s the type of witty and slapsticky children’s film that I wish there were more of in the world: It has a quirky sense of humor that manifests itself in some amusing characters and scenarios, and it, likely, will provide parents with an equal amount of entertainment, thanks to the presence of skilled comic actors like Alyson Hannigan and Ben Schwartz, who play Flora’s recently-separated parents (the former’s a romance novelist at work on her latest novel, the latter is a comic-book artist and writer who feels like he’s failed), and Dani Pudi and Kate Micucci as an animal control officer and the object of his affection, respectively.

At its best, Flora and Ulysses recalls the halcyon days of the Disney Channel Original Movie (the DCOM, as it is often referred to), of which many a now child-rearing age millennial grew up mainlining during Saturday night sleepovers in between bites of stuffed-crust and turns at Crash Bandicoot. The best of those movies had a laconic charm about them, a surprising amount of wit in their construction, and a low-budget sensibility that often forced imaginative solutions to those problems. Khan doesn’t have to worry about the latter — Ulysses is rendered in an adorable fashion, and he’s given lots of personality in his scenes (especially during his romp through a donut shop and during one surprisingly moving scene he has with Hannigan in the middle of a forest) — but it’s funnier than it has to be, and smarter than it needs to be. It’s affectionately told and surprisingly warm, and you will most likely surprised by it, unless a small but significant aspect of it turns your stomach as it did mine.

The central problem with Flora and Ulysses is often endemic to the rest of the company: it’s the fact that Disney no longer has the restraint to prevent themselves from placing allusions and references to every single property they now own into their smallest films, and this one finds itself squarely at the heart of its spider web, waiting for its corporate masters to devour it, wings and legs and all. The synergistic creep begins in almost the very first minute, where Flora makes jokes about The Silver Surfer’s lack of pants and the flaws in Wolverine’s claws before it slowly transitions to an original character invented by her father. The doorbell at their former family home faintly plays “The Imperial March” every time it’s pressed. And, oddly enough, there’s a lengthy gag about Flora taking her mom’s statue of Jack and Rose from Titanic hostage. Each of these things did not have to be there, and it reflects poorly on the company, not the filmmaker or her cast and crew.

Sure, the old DCOMs used to do some of this all the time: It is, in fact, easier to pull footage from the Timon and Pumbaa show than to deal with making new animation, but it was less obvious, with more emphasis being placed on, you know, making a relatable movie for children (that often failed, of course, but the fact that it came before the devolution of cinema into “content” ensured that they would remain, for better or worse, self-contained movies). It’s not enough that Lena Khan has made a genuinely cute movie that I’m sure kids would go gaga for — it has to actively promote other Disney properties in order to justify its existence, as a way to keep engagement up, to perhaps convince kids to make their parents watch a Fantastic Four or X-Men movie later in the week after seeing it. That’s a particularly sad and frustrating development, which, I imagine, is probably akin to how parents felt when Transformers and He-Man hit the networks back in the day, though it does also feel very unfair to take out these concerns on this very disarming and charming little film. As I said, you will probably enjoy Flora and Ulysses, and you should, but it is right for you also to be just a little bit concerned with its overlords’ reluctance to let it stand on its own.