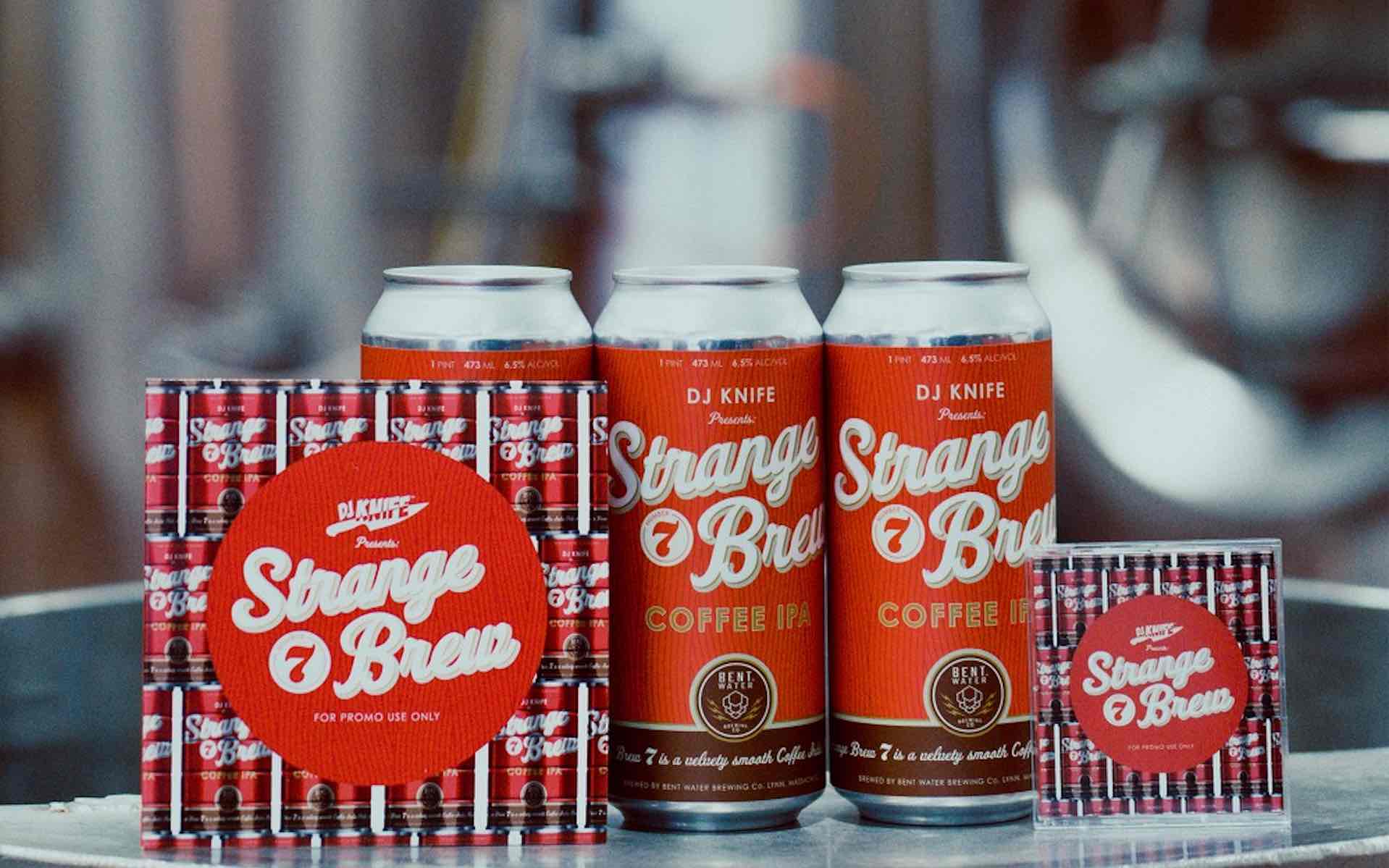 With the holidays fast approaching, DJ Knife wants to put something special in your stocking: His very own MiniDisc containing the Strange Brew 7 mixtape. But don’t worry, you don’t have to go ask Santa Paws for a sparkly clean Sony Hi-MD Walkman MZ-NH600, as the Boston DJ’s latest effort also comes in other time-honored and dependable formats, like compact disc and a coffee IPA beer.

Knife has teamed with Lynn’s Bent Water Brewing to unleash the latest in his Strange Brew series, a New England IPA made crafted with coffee beans from La Pradera farm in Columbia. Those who hit Bent Water Brewing to purchase the beer will have their choice in acquiring Knife’s latest mix in either the “vinyl CD” (a compact disc made to look like a record) or MiniDisc format. The mix will also be posted online, with the virtual release party set for this Saturday (December 19) on Twitch.

“Coffee and New England IPAs are two things that I love, says Adam Denny Golab, head brewer at Bent Water Brewing Co. “On a trip to Japan a few years back I encountered an IPA infused with coffee. It was strange, but delicious. When asked to make a beer inspired by a mix tape named Strange Brew, I immediately thought of that beer. Bringing together a juicy New England IPA with some bright, fruity coffee would make the fruit notes pop while the roasted coffee notes would add a twist to the finish of the beer.”

Knife’s new Strange Brew mix, the follow-up to his 2018 collaboration with the now-closed Down The Road Beer Co. in Everett, ranges in the Boston beat-matcher’s usual style of hyper-aggressive genre-blending, with the sounds here on number 7 encompassing Baile funk, house, jungle, and more.

Cases of Bent Water Brewing’s limited-release concoction will hit regional stores shortly, and those who purchase are asked to take a picture of their beer purchase and tag @djknife and #StrangeBrew7. The DJ will send a physical copy of the mix through the mail (“while supplies last”, we’re forced to write), and deliver other goods to folx around the area like the MiniDisc-slingin’ Santa he was born to be.