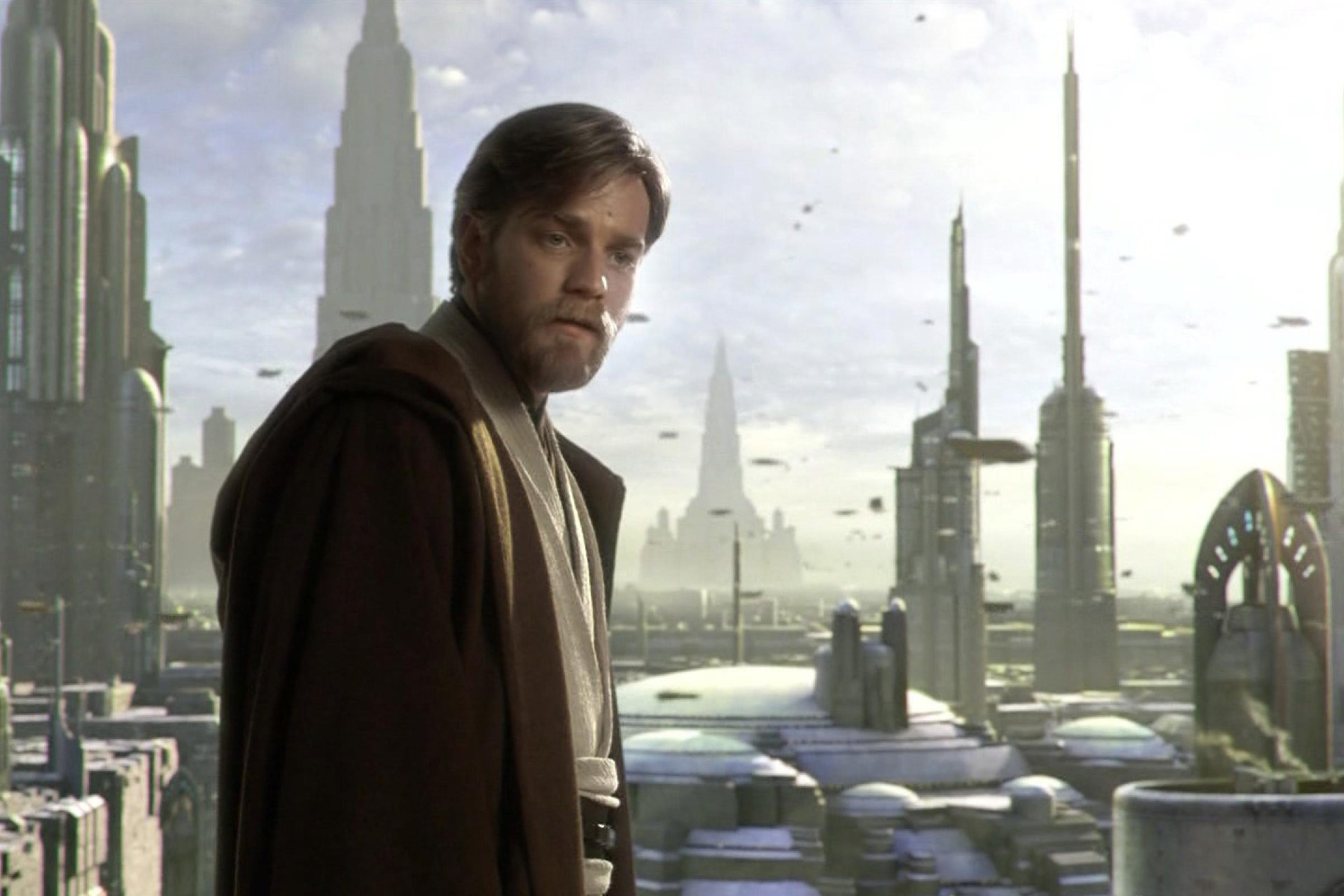 Still from 'Star Wars: Episode III: Revenge of the Sith' by Lucasfilm via MovieStillsDB

UPDATE December 6: Here’s news from the dark side — the post on the Film & Television Industry Alliance webpage has been updated to specify that Kenobi filming will take place in “Boston, England, United Kingdom,” and not “Boston, MA, United States,” as originally listed. So, no pod racing down Commonwealth Ave.? We’re as disappointed as you are.

If you spent an hour online in the Boston-based media sphere this past week, you were probably witness to the biggest entertainment news that the city’s seen since the start of the COVID-19 pandemic: Real celebrities were in Boston shooting a major motion picture. And these aren’t the kind of celebrities that get rolled out each week on, like, The $100,000 Pyramid — it was Leonardo DiCaprio and Jennifer Lawrence, at South Station, right next to the Dunks that your boy Dooley ralphed on following a nightcap trip to South Street Diner after the Bruins game. Consider that the “Broke” portion of this article, because the “Woke” one might blow your mind: Obi-Wan Kenobi is coming to Boston.

According to the Film & Television Industry Alliance webpage, Star Wars: Kenobi (who knows if that’s the actual title), the Disney+ series that will feature Ewan McGregor’s return to the role that was one of the universally-agreed-upon good parts of the Prequel trilogy, will be doing some aspect of its production in Boston. The majority of filming will be done overseas in the U.K., but this is pretty fucking exciting! Seriously, this ranks up there with Godzilla destroying Fenway Park and pretty much all of the Fens in Godzilla: King of the Monsters last year.

Here’s one fun thing from the FTIA page: A brief synopsis for the project. Now, take this with a grain of salt, because it’s a thing that can be easily faked, but if this doesn’t get you excited, well, you’ve probably lost your connection with the Force.

“Tatooine — a harsh desert world where farmers toil in the heat of two suns while trying to protect themselves and their loved ones from the marauding Tusken Raiders. A backwater planet on the edge of civilized space. And an unlikely place to find a Jedi Master in hiding, or an orphaned infant boy on whose tiny shoulders rests the future of a galaxy.”

Now, we’re thinking that this will be post-production work, but if our Bothan Spies are correct (and we thank them for their sacrifice), they’re taking advantage of the shutdown to film scenes in some Boston landmarks. Who needs the Mos Eisley Cantina when you’ve got The Model ready to go, complete with a bathroom that will make Mr. McGregor feel like he’s back shooting Trainspotting again? We’re just joking, but, seriously, if a Dunkin’ cup or a ‘Gansett can show up in the background of some shot like The Mandalorian‘s Jeans Guy, well, it was all worth it. Face it, nerds: ‘Gansett is canon now.