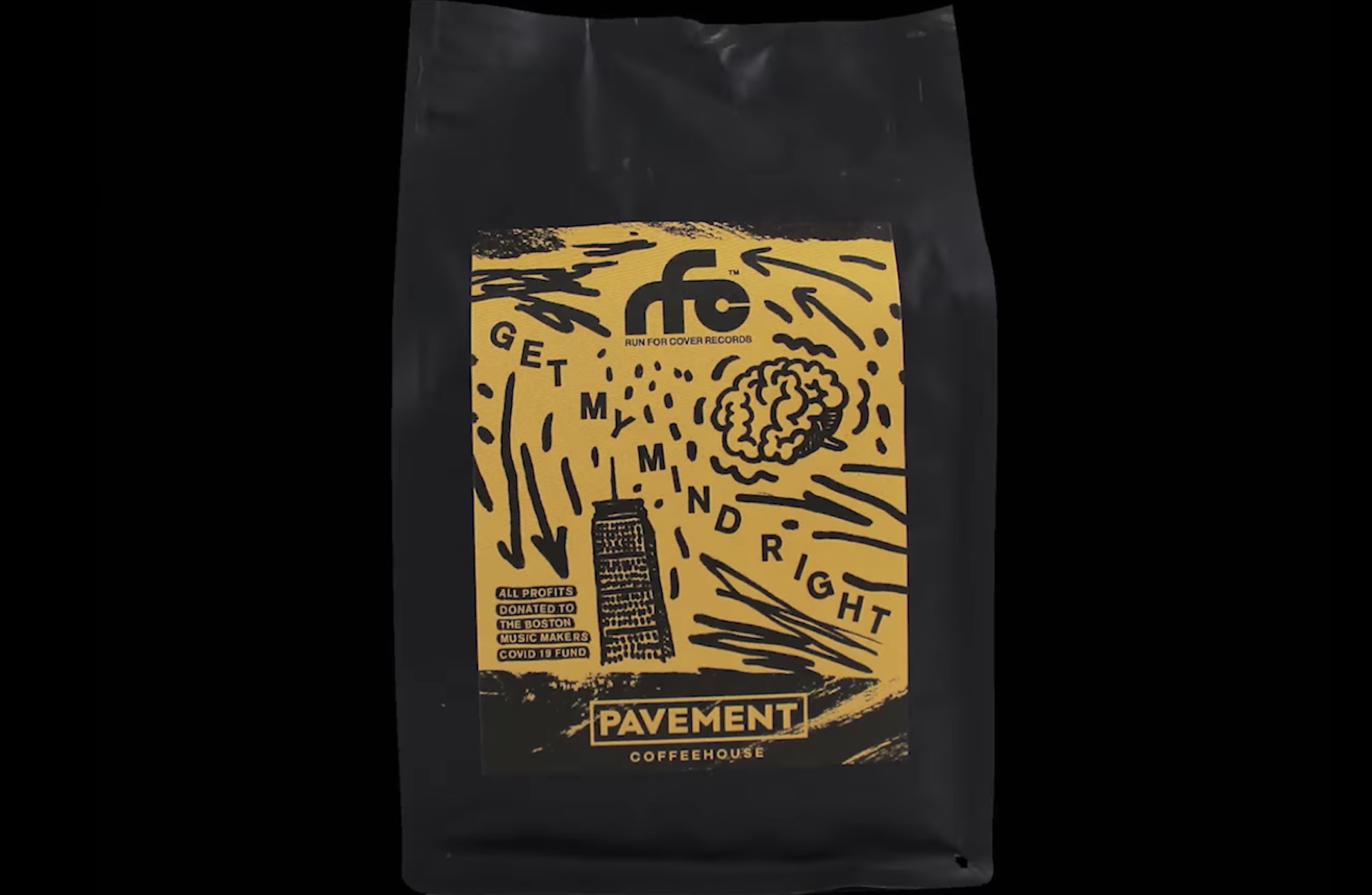 For those about to brew — Run For Cover and Pavement Coffeehouse salute you.

The Boston-based record label has partnered with the coffee shop chain to release a dark roast coffee blend named “Get My Mind Right,” which is available to purchase online starting today.

Run For Cover and Pavement have pledged to donate all proceeds from the coffee sales to the Boston Music Makers COVID-19 Relief Fund, which was established by The Record Co. earlier this year to help Boston-based musicians recoup some of their income lost due to the pandemic.

“Pavement has been a part of the RFC lifestyle for almost as long as either company has been around — the first RFC office was perched directly above Pavement’s Boylston Street location,” reads the product description on the Run For Cover online shop. “For nearly as long as we’ve been putting out records or shipping them to fans, the ‘pavement run’ has been an almost daily staff voyage for breakfast, lunch, or maybe even second-breakfast. Even though we’re no longer a stone’s throw away from the Boylston Street location, it’s hard to envision a day at RFC without a cup of Pavement coffee and a vegan Tequila Sunrise on someone’s desk.”

The statement goes on to explain that the coffee’s moniker partially comes from a Fiddlehead track of the same name, released last year via Run For Cover.

“The name, dually inspired by Boston’s own Fiddlehead as well as the current state of the world, is a reminder to take time for yourself,” it reads. “As we move into further into autumn, eventually into winter, and back to likely even more time inside, we hope our take on the classic Pavement Dark Roast helps you crush that to-do list and puts you in a positive headspace.”

The coffee is available to purchase in 12 ounce bags ($16 each), or bundled with a 16 ounce Run For Cover travel tumbler ($40). Start shopping here.