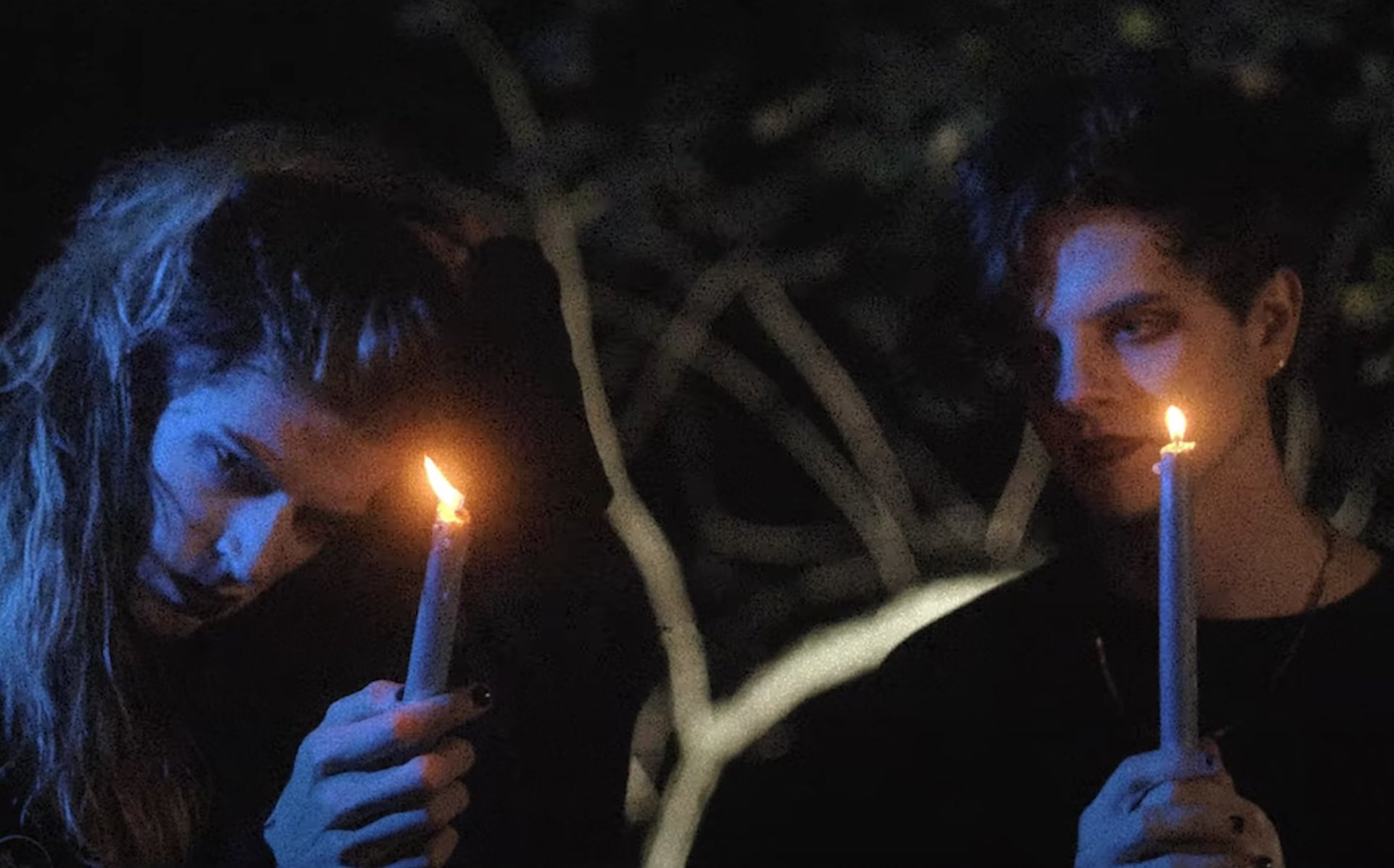 If there was any year that would lead us straight into the woods to dance by candlelight and emotive electronic pop music, it’s 2020. With 43 days left on the doom calendar, and social distancing in mind, of course, it appears that’s where we’re heading, led once again by the enchanting sounds of Philadelphia duo Korine and their new video for “Cruel.”

Morgy Ramone and Trey Frey today (November 19) dropped the visual via YouTube, and “Cruel” floats along on a bed of synth roses as the fourth single off their essential September record The Night We Raise. The Born Losers Records release has already given us two Song of the Year contenders in “Fate” and “Cast,” alongside the cruising “Cold Heart”, and this Max R. Holland-directed video for “Cruel” helps pull back the veil to show newcomers why Korine’s rabid fanbase rightfully considers them modern icons of the new retro synth-pop sound. And in this video, the pair are just as captivating as their music.

“A love letter to the macabre — baring one’s soul to a moonless night,” is what Korine say about the new video. “Anguish in blood-soaked tantrum. Times of ecstasy and anger being blurred into one reality — the cold truth of existence. ‘Just like Venus you shine.'”

That last line in quotes is a direct lyric from “Cruel,” which Ramone follows with: “I’m alone in the woods with the spirit entwined / And I could be cruel, I could be cruel.”

We’re well on our way. Watch “Cruel” below.