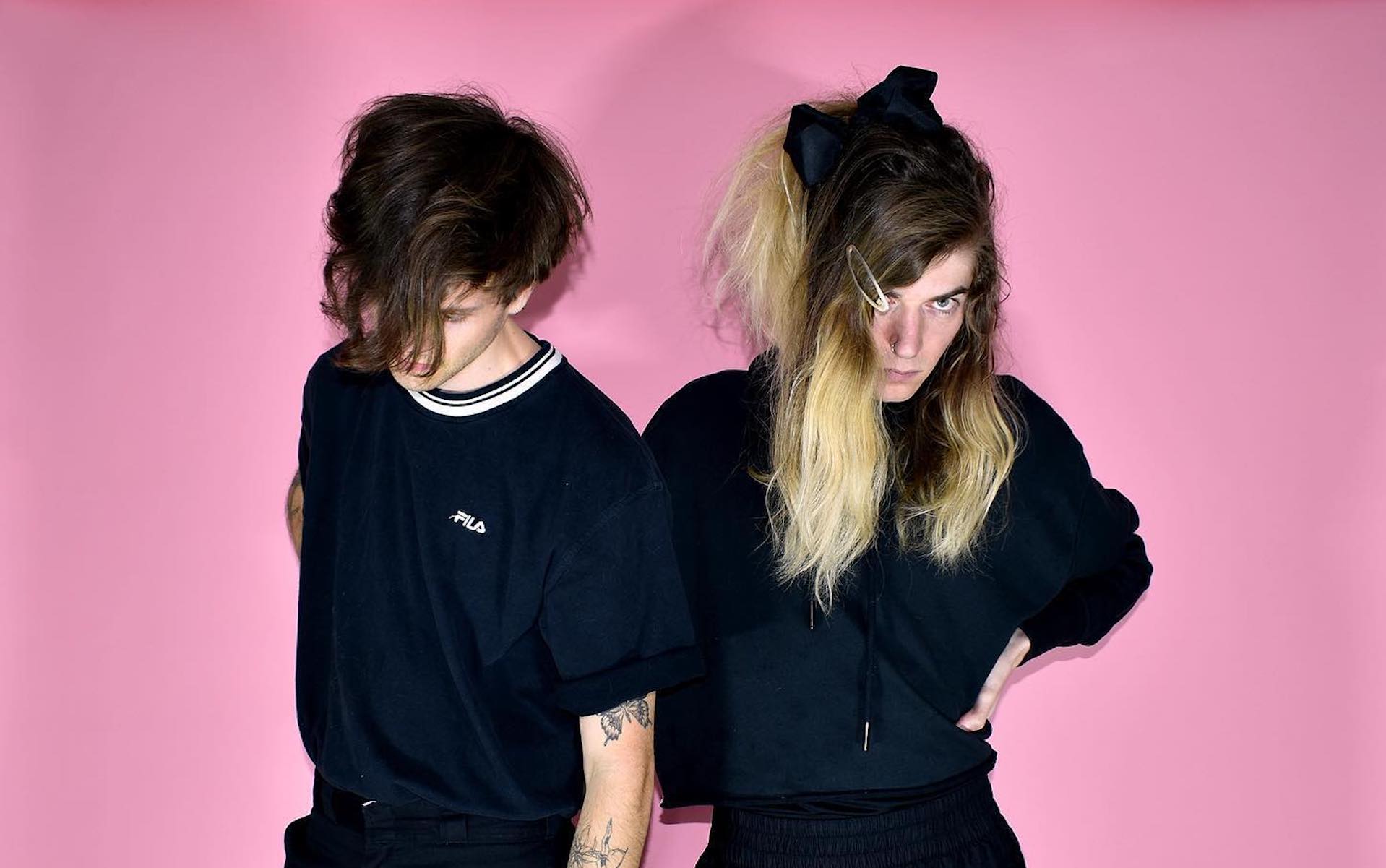 What a day to receive new music from both House of Harm and Korine, but that looks like something our longing souls should be getting used to. In line with the Boston dark-pop trio’s new video and album news earlier today (July 17), the Philadelphia electronic-pop duo hit us with a video for “Cold Heart.”

It’s the second single from Korine’s forthcoming sophomore LP, The Night We Raise, released September 4 in collaboration by Born Losers Records domestically and France’s Data Airlines. Coincidentally, that’s the same day House of Harm drop their own LP. So we all need to start saving up those Bandcamp bucks.

Of course, we’ve been known to douse Korine in all the pink <3s we can muster, and “Cold Heart” is another recent live-performance favorite that’s getting a close-up before the album hits. The magic of Korine’s emotive brand of synth-pop has been the complementary weaving of Morgy Ramone’s open-diary lyricisms and Trey Frey’s lush instrumentation and production work, and here the duo show off the type of impenetrable chemistry that has sparked their cult-like status. Korine is an energy, Korine is a mood.

“We actually wrote this song a while ago (it’s the ‘oldest’ song on the record) and have been playing it live long before we had an actual recording,” says Ramone, via Northern Transmission. “I wanted it to have a similar intensity to one’s inner most thoughts, questioning reality and self, spiraling into moments from the past and future.”

Warm that “Cold Heart” of yours with the track’s video, complete with VHS installation and visuals by Deyzi Visuals, and count down the September 4 — a promising day in underground music that warrants a circle on the calendar for.