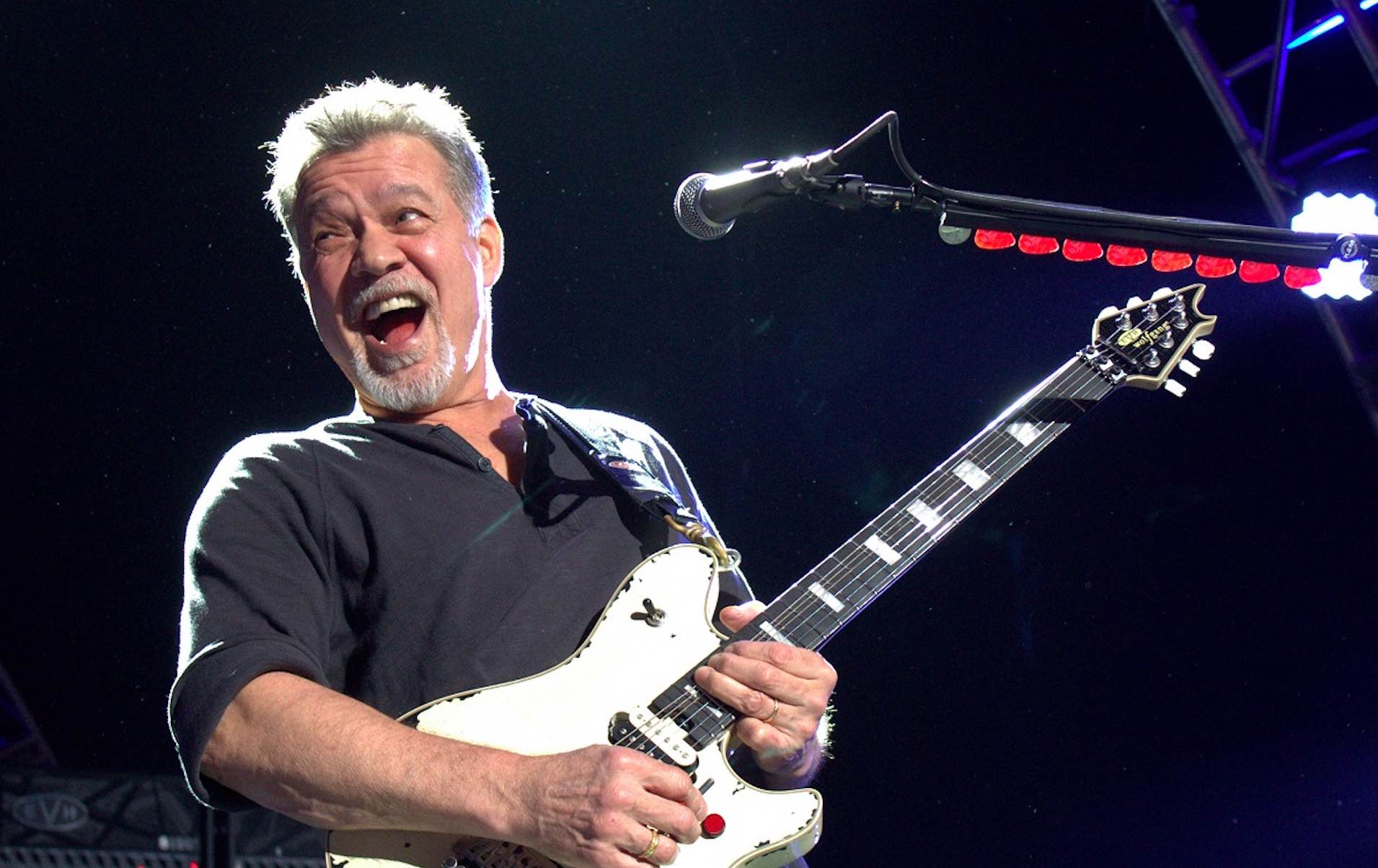 The passing of Eddie Van Halen is bound to reignite the always tempestuous argument as to who is the greatest guitarist to ever strap on the instrument. It’s also one of the more hackneyed debates to get into as there will never be a clear winner because, like anything else, it’s all subjective and ultimately dependent on individual taste.

There are more proficient guitarists than Edward Lodewijk Van Halen, who today (October 6) lost his battle with a return bout of cancer at the age of 65. Australian virtuoso Tommy Emmanuel comes to mind, and as flashy as Eddie was with his painstakingly hand painted and multicolored striped guitars, he never got as outlandish as shredder Steve Vai did when the latter was spinning his heart-shaped triple neck over his shoulders in the late-80s.

What Van Halen did do was revolutionize guitar playing like no other, changing the way it was played for generations to come. When his namesake band released their scorching self-titled debut in February 1978, it was during a period in music when stalwarts like Led Zeppelin and Rolling Stones had become bloated and self-absorbed. Punk rock was rumbling with breakneck rhythms and snarling attitudes. Van Halen took the best of both genres and laid waste to the competition but was still audacious enough to put the guitar solo “Eruption” as the album’s second track.

Not only was it unheard of for a band to dabble in a move initially viewed as self-importance so early on in their career, it was also literally unlike anything anyone had ever heard. “Eruption” is 102 seconds of tapping, bending and obliterating all preconceived notions about how a guitar could sound. It’s also the only flaw on the record, one that nagged at its composer but seen as ridiculous in retrospect given the influential nature of the track.

“I took one pass at it and they put it on the record — I didn’t even play it right,” Van Halen told Guitar World years later. “There’s a mistake at the top end of it. To this day, whenever I hear it, I always think, ‘Man, I could’ve played it better.’”

Unlike many musical prodigies who don’t always get into great bands, Eddie found the perfect compliments to his talents with his older brother Alex on drums, Michael Anthony on bass and lifelong foil David Lee Roth as the frontman. They created anthems while playing the backyard party circuit in Southern California on the strength of soon-to-be mainstream hits like “Runnin’ with the Devil” and “Ain’t Talkin’ ‘Bout Love” while sprinkling in covers of the Kinks’ “You Really Got Me” and Aerosmith’s “Walk This Way.” Eddie and Anthony’s backing vocals provided another layer to the Van Halen sound, making up for the eternal wordsmith Roth’s challenges in range.

Eddie was a songwriter, gifted multi-instrumentalist and competent producer. He was always fiddling with his guitars, liking the feel of Fenders but the sound of Les Pauls leading to the decision to “Frankenstein” a combination of the two to suit his needs. It was that endless tinkering which contributed to a sound that led to legions of imitators, though none who could come close to duplicating the feel. Every single hair metal band to populate the Sunset Strip of the ‘80s Los Angeles had a young gun guitarist in their ranks, but they all paled in comparison to who Roth affectionally dubbed “The king of 10 fingers and six strings.”

Van Halen was in high demand for guest spots but preferred to keep things within his own unit. When he did step out from the banner of the mighty VH to lend a lick, it made an impact. He improvised a solo on Michael Jackson’s “Beat It” as a personal favor to producer Quincy Jones, and the 1982 song became one of the bestselling singles in history. Similarly, he slipped an unreleased piece of music to the creators of the 1985 blockbuster Back to the Future, used in an iconic scene where a time-traveling Marty McFly pretends to be a visitor from outer space and blasts his father’s eardrums out with otherworldly sounds.

Things with Roth disintegrated that same year, leading to former Montrose singer Sammy Hagar taking the spot at the mic. Tired of what he saw as being considered simply a guitar hero, Eddie revamped the Van Halen sound, making it more keyboard oriented on the heels of the massive success of their biggest hit, “Jump,” and showing there was more to his musicianship than the one-dimensional hotshots that came in his wake.

The guitar play didn’t disappear, not even close. And like always, EVH never overstayed his welcome, instead servicing the song instead of making it into an Yngwie Malmsteen sort of jerk-off moment that went on too long, he’d be in and out within seconds with a dizzying explosion of riffage. Listen to any of the most recognizable tracks in the band’s oeuvre, and never does a solo last more than a fleeting flash.

Hagar left the group acrimoniously in 1996, leading to an extended period of drama surrounding Van Halen that overshadowed their legacy to some degree. Roth was back in for a hot minute, then inexplicably dumped for Extreme vocalist Gary Cherone for the tepidly received Van Halen III in 1998. Roth returned under a veil of top secret circumstances at the dawn of the new millennia, but Hagar ended up getting the nod for a disastrous reunion tour in 2004. So sour was the note the latter ended that Roth was brought back one final time for a wildly anticipated reunion that kicked off in 2007 and went around North America as recently as 2015.

Eddie was not without his flaws, complicated in the way many musical geniuses who want to focus on the tunes and nothing else sometimes become. He had well-documented substance and alcohol abuse issues that stunted Van Halen and resulted in just one studio album over the past 22 years, 2012’s A Different Kind of Truth. Michael Anthony was unceremoniously kicked to the curb for the reunion with Roth, as Eddie brought in his then 17-year-old son Wolfgang to play bass. It was a move ridiculed by some and made worse when he lashed out at Anthony seemingly unprovoked in a 2015 interview. Yet if it wasn’t for the sheer joy he got by playing with his offspring, there may have been no Van Halen at all over the last two decades.

Petty behind the scenes – and often at the forefront – melodrama aside, Eddie Van Halen should, and likely will, be remembered mainly for the music. And while there hasn’t been a ton of it in recent years, there’s enough in the catalog to keep people satisfied, especially those who are just diving in for the first time in the wake of the guitarist’s passing.

Check out our Spotify playlist for some of his sickest riffs and most insane innovations.