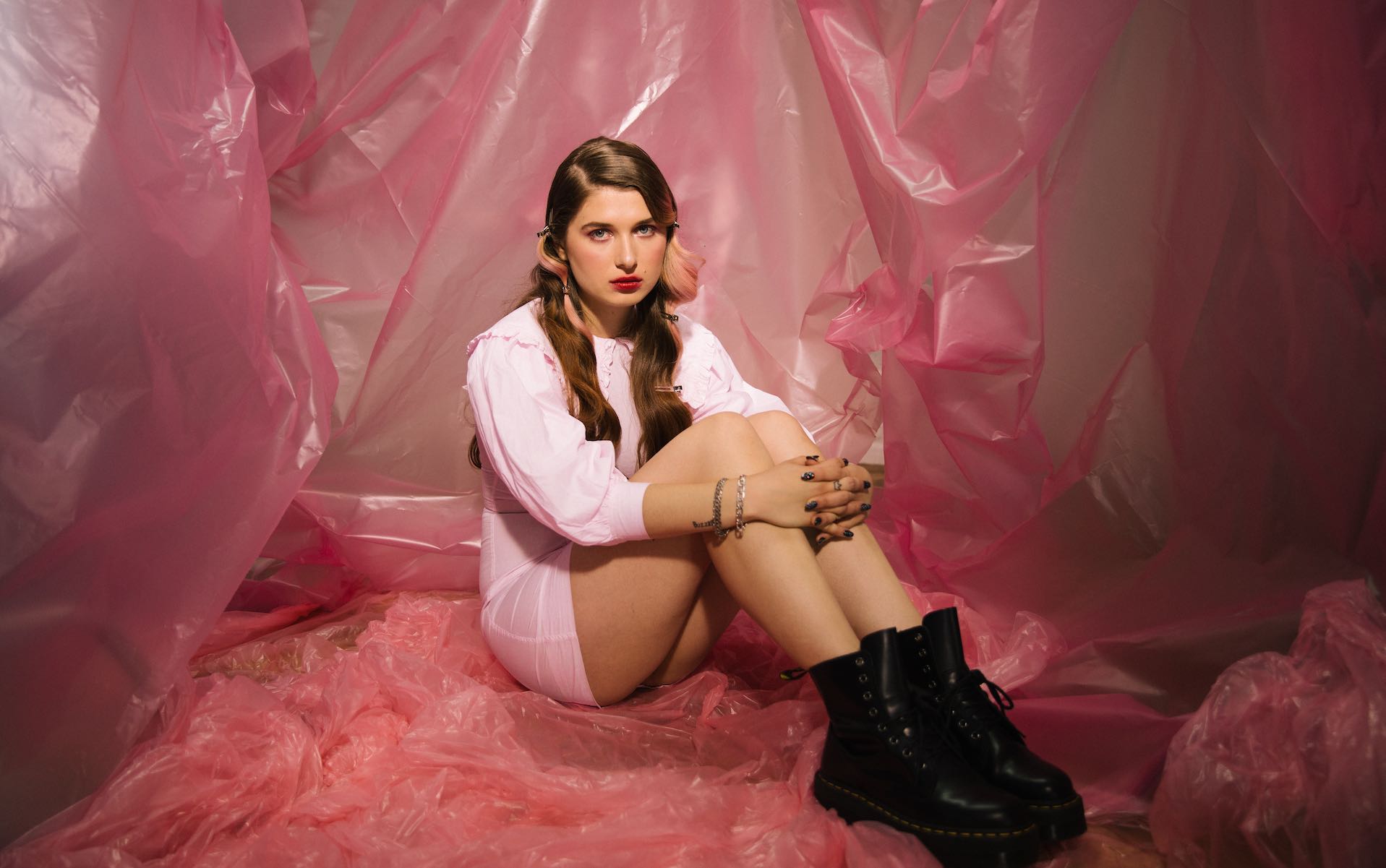 One of the best new musical developments of 2020 has been the rise of Baby Queen. The South African-born, London-based artist born Bella Latham has this year given us a string of wildly infectious hits — including July’s moody breakout bop “Buzzkill” and August’s weighty “Medicine” — taking a genre-leaping alt-pop sound and elevating it with whipsmart lyricisms about the spectrum of bullshit we all deal with in modern life. Call her music “anti-pop.”

This week, Baby Queen has announced her debut EP, Medicine, set for release November 6 via Polydor Records. And with it comes maybe her boldest statement yet — a new single called “Pretty Girl Lie” that, much like our life on the internet, is glossy and colorful on the surface, but dark and stressed underneath at its core. And it’s all about how we perceive others on the internet, and what we ourselves do to project something different than who we really are.

“I wrote this song after becoming increasingly frustrated with the relationship between my real-life identity and the person I was pretending to be online,” says Baby Queen. “I grew up with really bad body dysmorphia which I believe was partly caused by the image of the stereotypically ‘pretty girl’ I saw in the media all around me, and the fact that photoshop made this image completely unattainable.”

She adds: “We’re heading towards a reality wherein everybody edits their pictures, slims their noses, chisels their jaw bones, whitens their teeth and reshapes their thighs. I’m just over it. It’s not cool. It’s actually very uncool. If people aren’t going to stop doing it, then all the kids should know that nothing is real, and this is my way of telling them that.”