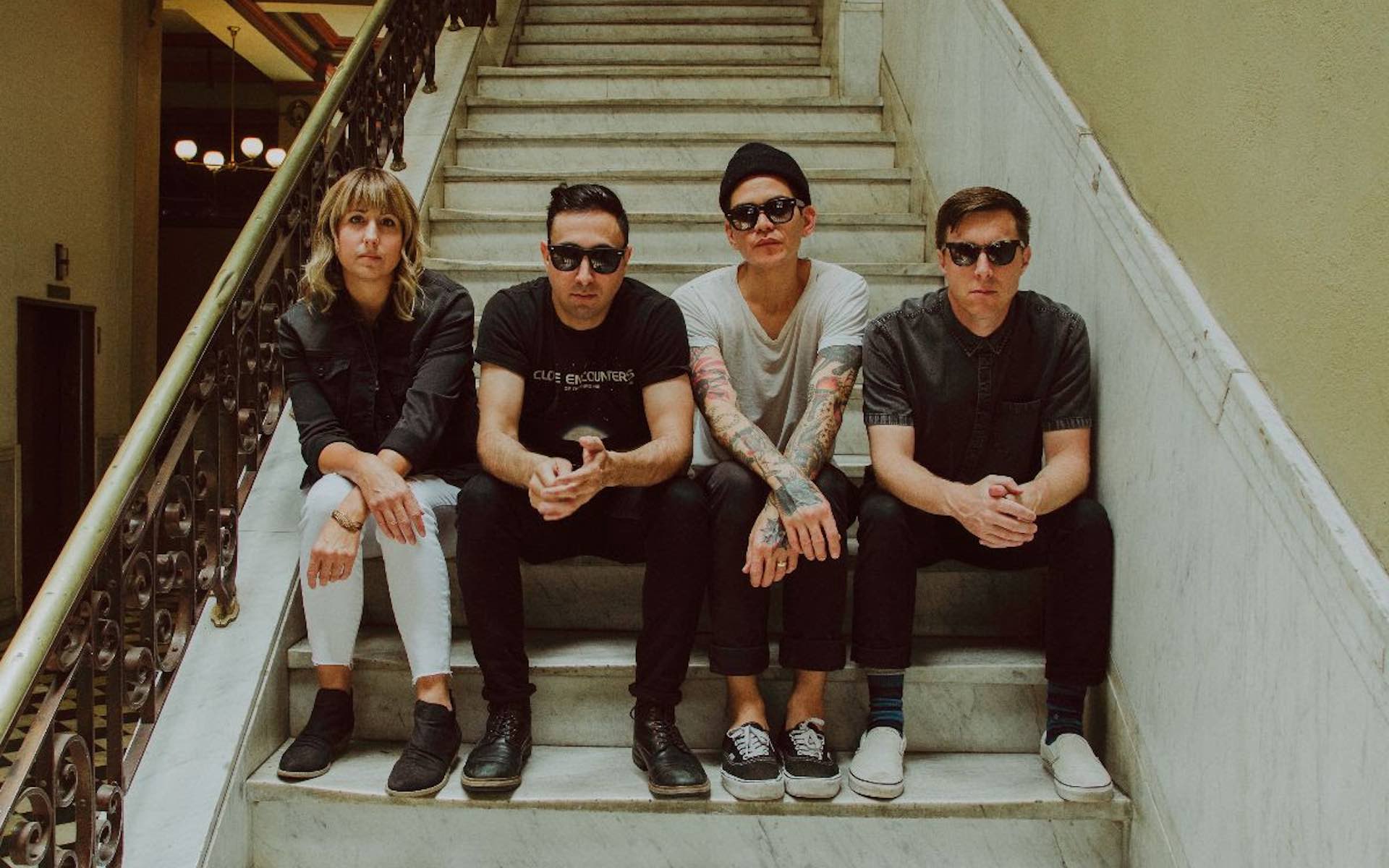 True heads understand, and never forgot, but it bears repeating: War Tapes‘ 2008 synth-rock single “Dreaming of You” holds firm as one of the most underrated jams of the aughts, and as something that would sound just as fresh released today as it did a dozen years ago. Oddly enough, the Los Angeles post-punk band has been quiet for the past decade, but resurface this week with a new single called “City Girls” and word of a forthcoming EP in Only Time Will Tell, their first new music since 2010.

The rousing, sun-glow jangle of “City Girls” is out via its music video, which features trans glam hip-hop artist and Boston native MZ Neon. It’s not the only Massachusetts connecting in the clip, as War Tapes’ Neil and Becca Popkin hail from Natick.

“We had a really fun time making this music video,” says Neil Popkin. “We are excited to have worked with Jon Danovic, Sylvia Black, and Mz. Neon on this project. All of us have been good friends for so long so it was really refreshing to come together and collaborate on something new. Mz. Neon totally steals the show and gives a great performance as our fearless ‘City Girl’… I think that we sound like that nostalgic feeling of something you just lost but can’t remember what it was, and yet you miss having it.”

War Tapes’ dramatic brand of whipsmart rock and roll, described somewhere, sometime as heart-quaking doom-pop,” has given way to a more streamlined and organic approach to crafting music, and its both warmly familiar and modernized for the now. Chalk it up to time off, maturity, or whatever else.

“This EP was the result of us not getting to do what we love for five-plus years,” adds Popkin. “It just slid out of us, like a birth. Some of the songs came from demos that were made on my crappy laptop, and we ended up keeping a lot of those scratch tracks and building around them. Other songs were recorded in Billy’s [Mohler, drums] home studio. Some of them were created by mistake, or by hearing one loop and the next thing you know it’s six hours later and there’s a completed song. We didn’t push things too hard, they just happened.”

Only Time Will Tell is out October 16 via Make Records. Get re-acquainted with War Tapes, and say hey to Mz Neon, via “City Girl” below.