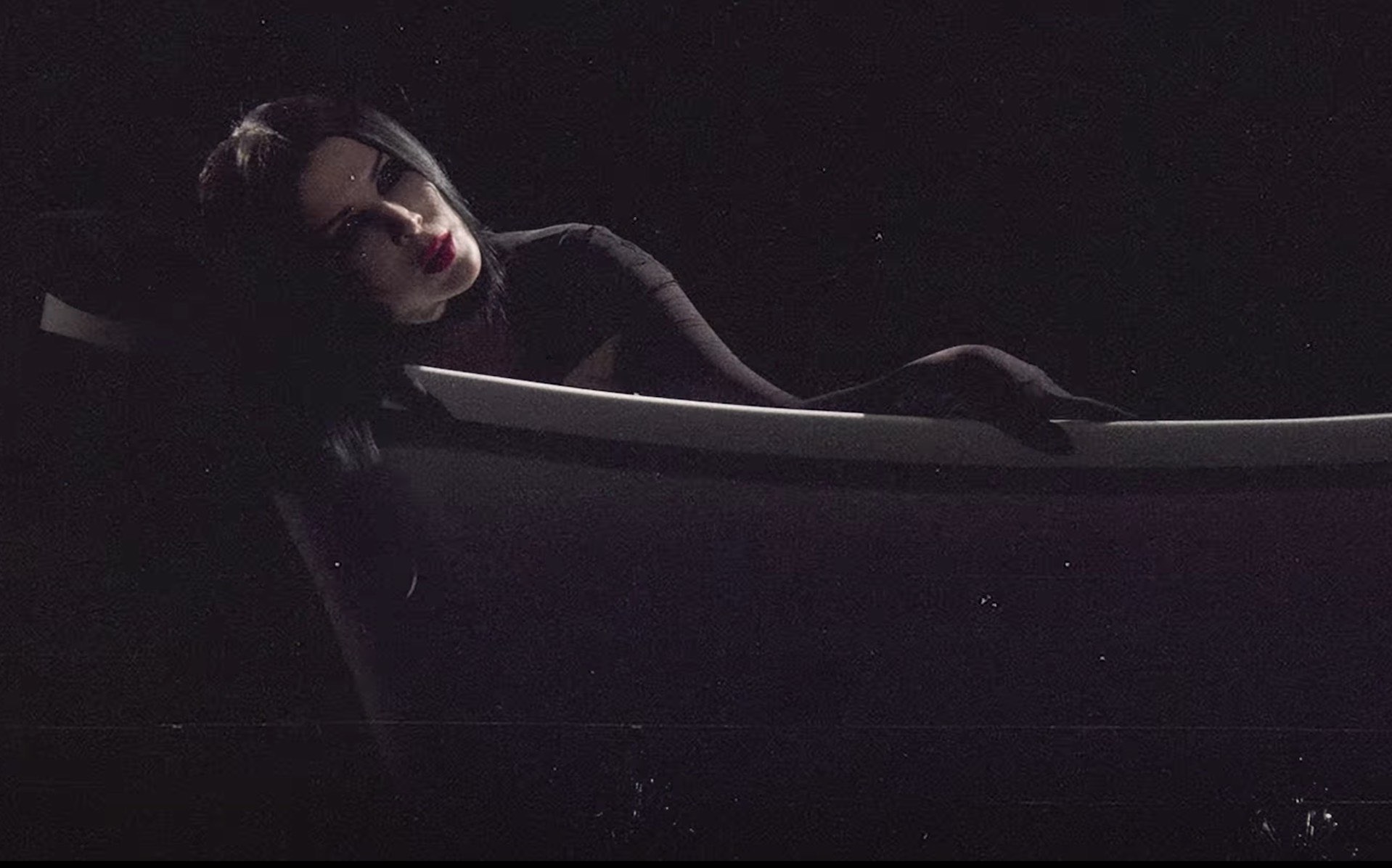 The recent synthwave phenomenon has been an absolute juggernaut in underground electronic-pop culture, but Gunship have managed to stay just ahead of it in both sonic style and aesthetics. The British trio’s 2018 album Dark All Day has maintained as a defining release in a hard-to-define landscape, and this week Gunship drop an ice-cool new video for the LP’s latest single, “Black Blood Red Kiss.”

The yearning track, which emits neon sparks like a synth power ballad, features guest vocals from musician, tattoo artist, and entrepreneur Kat Von D. The single is released via vinyl 7-inch this December; pre-order it here.

“I’ve always been a fan of darkwave and synth heavy bands like Depeche Mode, The Cure and IAMX, so when I heard Gunship for the first time, it was all the things I loved rolled into one band,” says Von D. “Gunship is by far my favorite synthwave band because they always marry nostalgic synth sounds with dark and melancholy lyrics that strikes me at my core. I think it’s safe to say that I’m probably the biggest Gunship fan out there, so when they asked me to sing on ‘Black Blood Red Kiss’ I was half excited and half intimidated! But once I heard the demo, it felt like a perfect match made in heaven… or hell.”

In true modern-day collaboration fashion, Von D has never met face-to-face with the Gunship dudes (Dan Haigh, Alex Westaway and Alex Gingell). Instead, their collab began over mutual affections on social media, which led to an email exchange of vocal and music files. To repay the favor of Von D appearing on “Black Blood Red Kiss,” Gunship provided a remix to her upcoming album.

The “Black Blood Red Kiss” video, which can be seen below, was directed by Polygon (Bring Me The Horizon, Grimes), utilizing glitch art and drawing inspiration from Videodrome. It’s a fucking mood.

“I had such a blast working on the video,” adds Von D. “I mean, who doesn’t enjoy bathing in a fully body nylon catsuit in a bathtub full of black water for hours?! The only downside to making the video, aside from getting black gunk stuck in every part of my body, was not being able to film it in the same room with the band. I think fans are going to love having the beautiful dark imagery to go with the song, and can’t wait to work with Gunship again soon, whether it’s on music or eventually getting to play live together.”

Immerse yourself in “Black Blood Red Kiss” below.