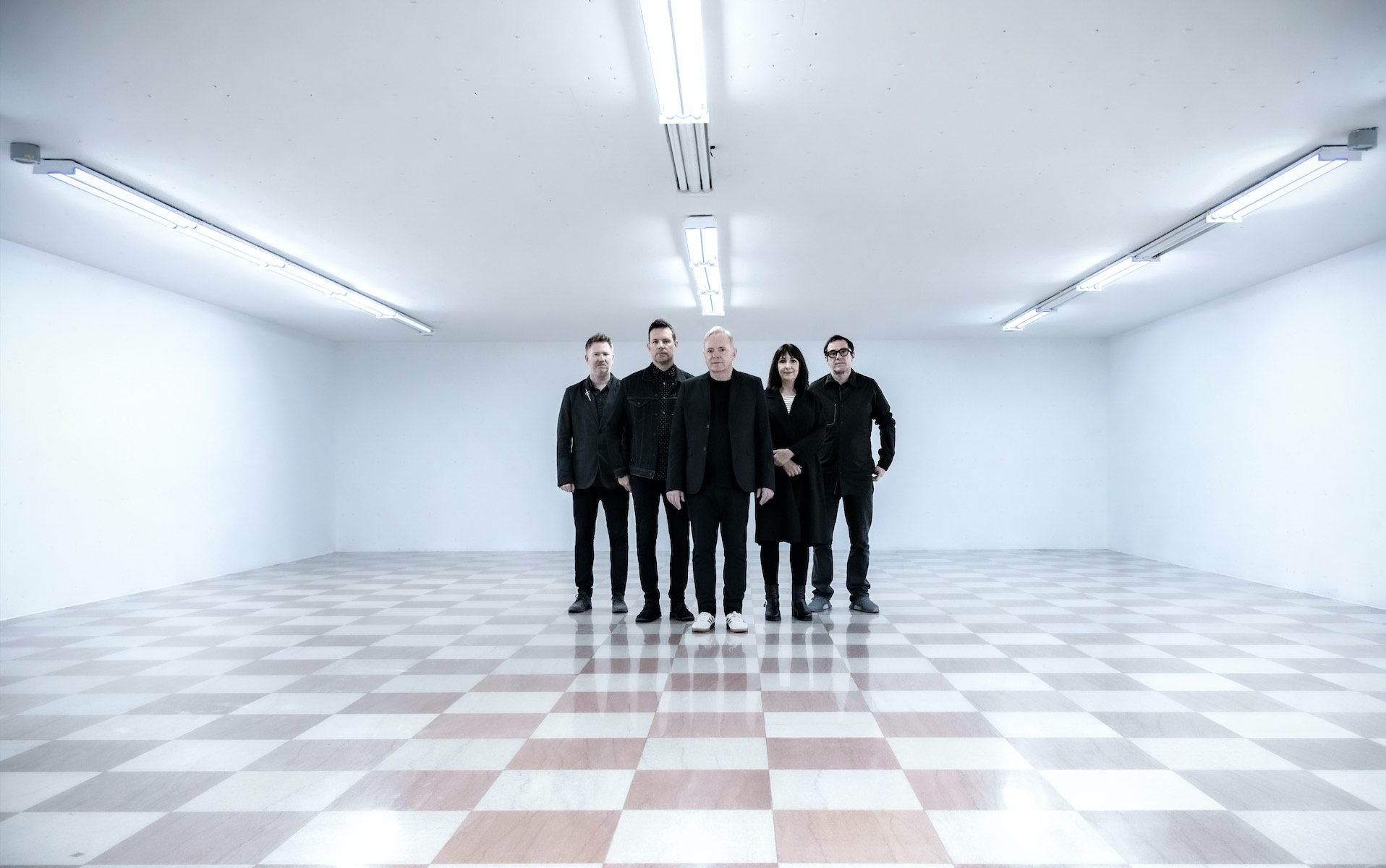 Not to be a downer or anything, but tomorrow would have delivered New Order and Pet Shop Boys’ “Unity Tour” to Boston’s Rockland Trust Bank Pavilion, giving us one last outdoor concert romp by the water before saying goodbye to summer. Of course, the Unity Tour, like all tours, was postponed — and rescheduled to 2021 — due to the COVID-19 pandemic.

So instead of getting ready for a New Order live performance, we’re instead sitting here today (September 8) presenting a new track from the iconic Manchester band. The song is called “Be A Rebel”, and it’s the electronic-pop pioneers’ first new track since 2015 album Music Complete.

“Be A Rebel” was supposed to be released to celebrate the “Unity Tour”, but New Order decided to release it anyway — and not wait for the rescheduled 2021 dates. It comes with “a message to celebrate ourselves and appreciate what we have, even in hard times,” according to neworder.com.

“In tough times we wanted to reach out with a new song,” says Bernard Sumner. “We can’t play live for a while, but music is still something we can all share together. We hope you enjoy it… until we meet again.”

We in Boston will meet New Order and the Pet Shop Boys on September 20, 2021, part of the duo’s rescheduled North American tour. “Be A Rebel”, meanwhile, is available digitally, and eventually be released on 12-inch vinyl and compact disc.

Also, on October 2, New Order will re-release a “definitive edition” of 1983 album Power, Corruption & Lies in box-set form, plus individual re-issues of the four 12-inch vinyl singles from that era that didn’t appear on the original LP, including “Blue Monday” (the best-selling 12-inch of all time), “Confusion,” “Thieves Like Us,” and “Murder.”

Listen to “Be A Rebel” below. Artwork photograph by Søren Solkær, and film by Tine Reingaard.