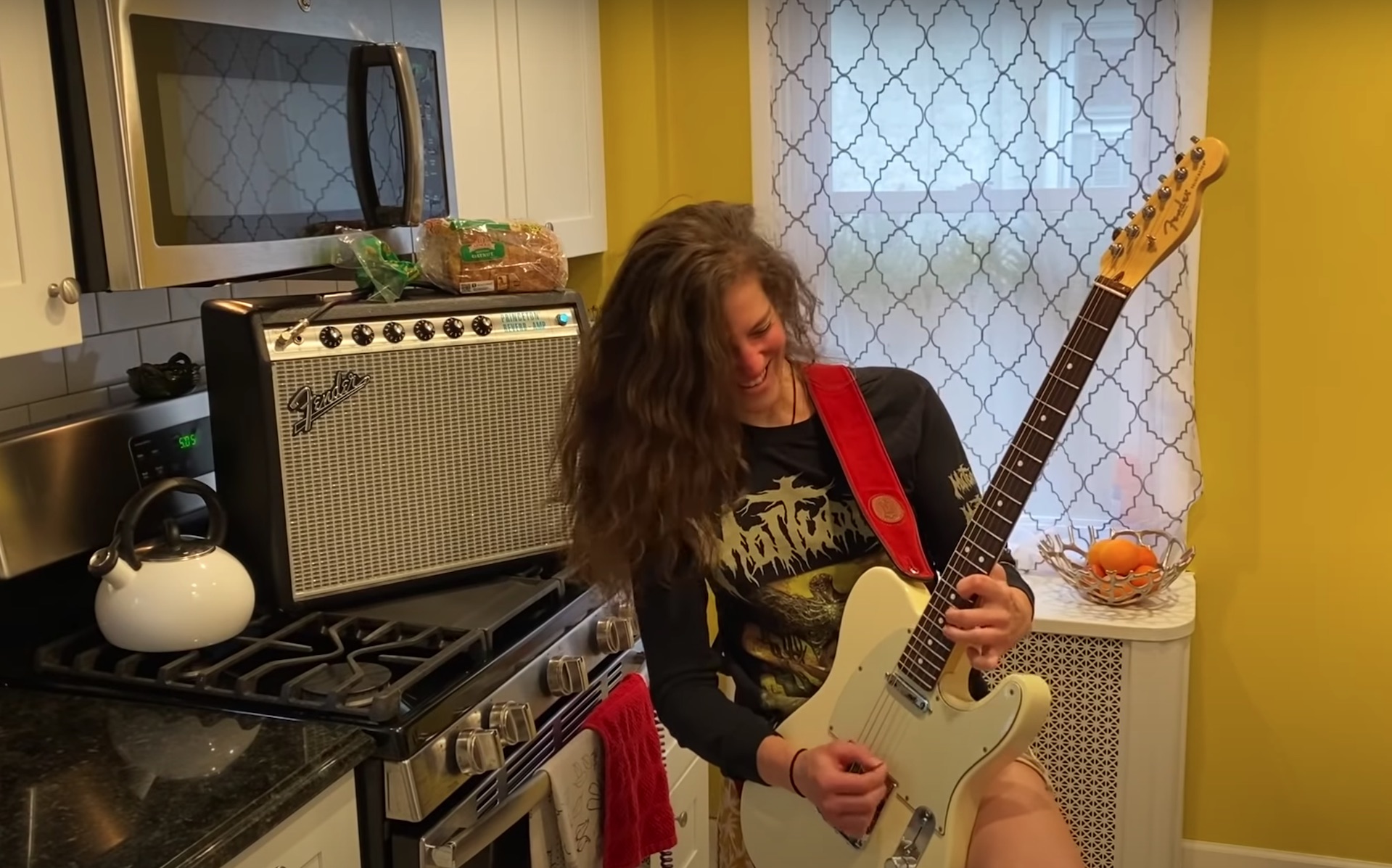 While Glenn Danzig is lurking in our streaming playlists covering Elvis Presley classics, metalheads across the nation are uniting to cover Danzig songs. The latest in the increasingly incredible Two Minutes To Late Night live cover series collaboration features a cover of Danzig’s 1990 ripper “Snakes of Christ”, and the awesome is served up on multiple levels.

“Somebody tell Pee Wee Herman to hide, we got snakes!” writes Two Minutes To Late Night in the description for their fourth installment of the series designed to raise money for musicians through Patreon. “So grab your cat litter and put some fishnets on your arms, we’re covering Danzig, baby!”

The video opens and closes with a spoof of Danzig’s infamous 1990 VHS tape where he shows off his evil book collection, and playing Glenn here is Old Man Gloom’s Santos Montano.

Montano then hits his drum kit and delivers the beat for one hell of a supergroup, led by Baroness‘ Gina Gleason (who steals the show as John Christ) and Jordan Olds as a pretty spectacular Glenn Danzig. These two absolutely own this performance, with Potion’s Stella Leung on bass and John LaMacchia of Candiria and Spylacopa on guitar making us wish this supergroup became a regular thing. The video was edited by Olds and mixed by Bryan Batiste.

A few weeks back we posted Chelsea Wolfe and Co.’s Two Minutes To Late Night cover of Ozzy’s “Crazy Train”, but this Danzig rendition hits just another level entirely. Watch it below, over and over while wishing you were BFFs with Gina Gleason, and acclimate yourself to Danzig’s book collection after the video jump.