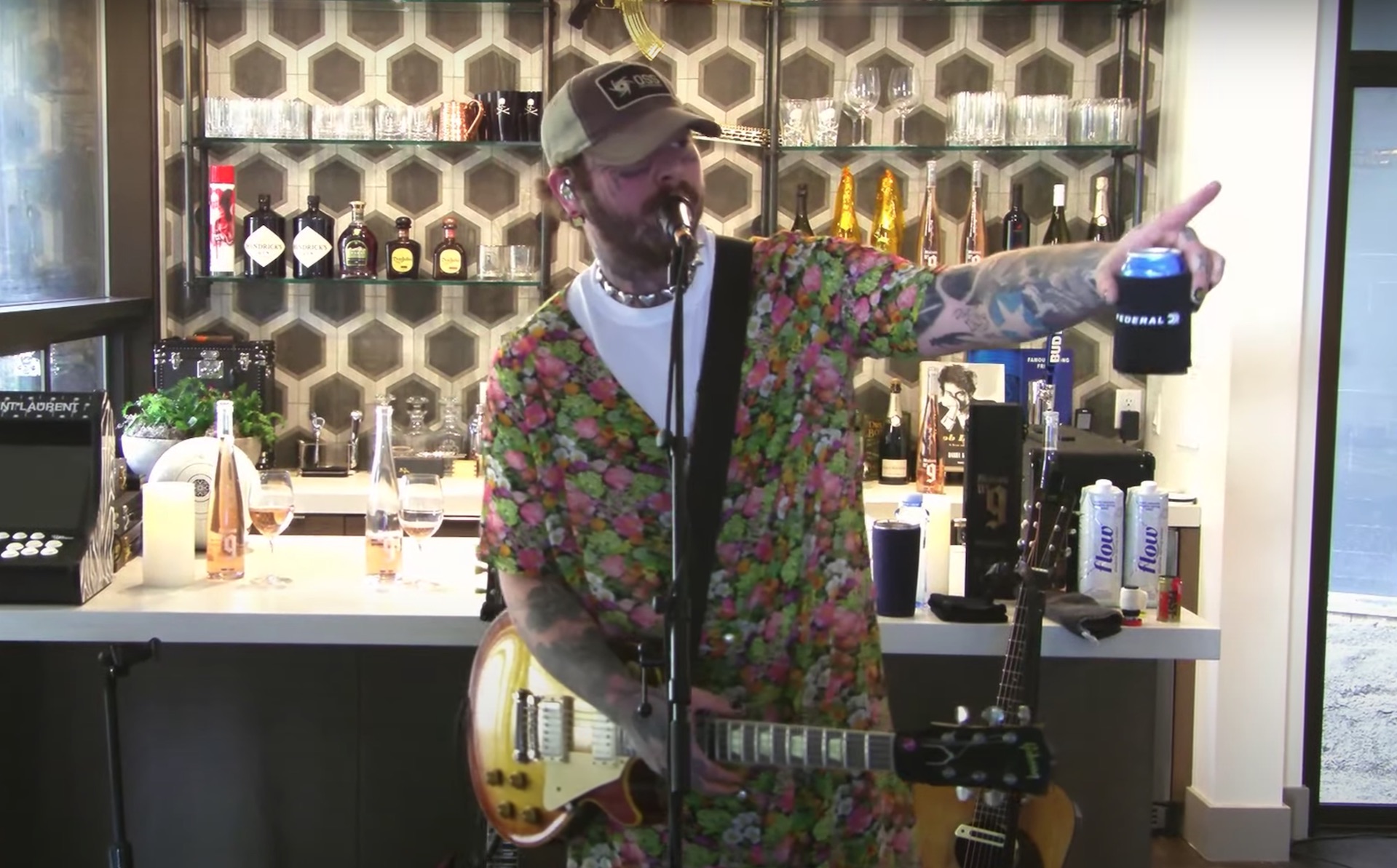 UPDATE April 28, 7:18 a.m.: Thanks to additional donations made after the livestreamed performance, Post Malone’s Nirvana set has now raised more than $4 million for COVID-19 relief efforts, according to reports.

One of the things we were looking forward to the most this week was Post Malone’s livestreamed tribute to Nirvana. The Friday evening (April 24) show did not disappoint, from both a performance and a fundraiser standpoint.

Post Malone’s virtual gig, live from Utah and hosted on his YouTube channel, was an effort to raise money for The United Nations Foundation’s COVID-19 Solidarity Response Fund for The World Health Organization, and it ended up pulling in about $2.7 million in donations.

“What’s up, party people,” Posty says at the jump, decked out in a floral dress as a sartorial nod to Kurt Cobain. “We’re here to play some songs for you and just, you know, try our best to stay at home and still make some rock and roll and party hard.”

Nearly 2.5 million people watched the 15-song set, which spanned Nirvana’s relatively brief career, opening with “Frances Farmer Will Have Her Revenge on Seattle”, closing with “In Bloom”, and blasting through “Drain You”, “School”, “Lithium” and others along the way. Post Malone and his band — blink-182 drummer Travis Barker, guitarist Nick Mack, and bassist Brian Lee — didn’t play “Smells Like Teen Spirit”, or “All Apologies”, a song Post Malone covered at a 2018 show at Boston’s House of Blues.

Post Malone earned high marks for the raucous show on social media, and Courtney Love endorsed the entire thing a few days ago, writing on Instagram: “thank you mighty [kurt cobain] for writing these songs with your elegant and monkeyed hands that the kids still want to sing and play and hear and use to fight and hunt and cure and heal and eradicate this fucking covid19 virus. I approve the usage. Good luck mr malone.”

Watch the set below, and make a donation via YouTube.