In isolation, artists are involving fans in the creative process more than ever 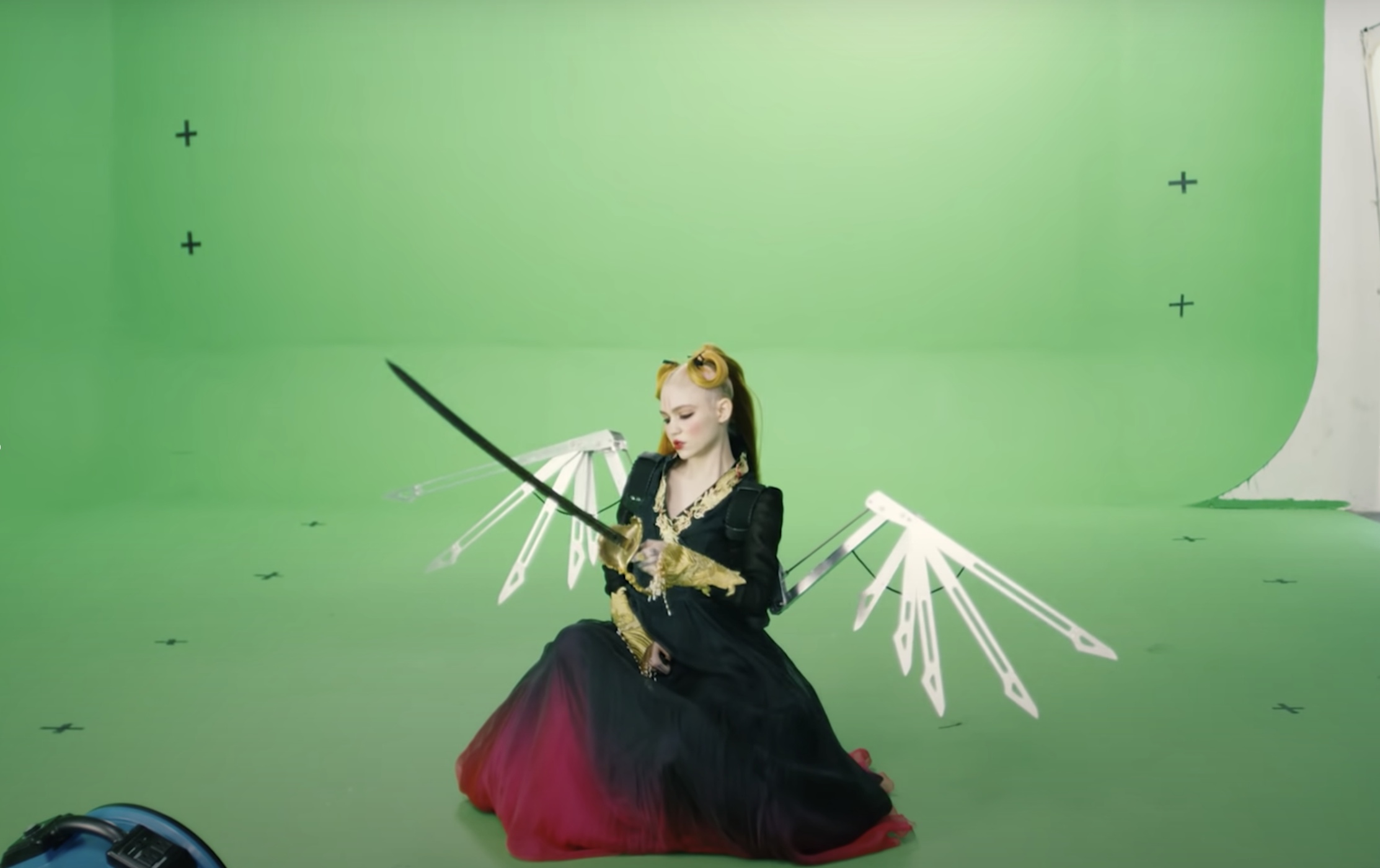 There’s a particular video circling twitter that will likely go down in internet history as the perfect example of where the music industry landed during the COVID-19 pandemic.

It’s a fan-made visual from Animal Crossing — a social distancing video game of choice — crossed with the Grimes video for “You’ll Miss Me When I’m Not Around,” a blip from her literal end-of-the-world record Miss Anthropocene. It’s a pastel pop culture sign o’ the times, if you will.

The clip is one of many floating around YouTube, tagged with #GrimesArtKit after the Canadian producer and instrumentalist shared a wetransfer file of green screen video files for fans to make their own music videos at home. At the end of her message is a helpful list of recommended tools to use when editing, from Adobe Suite to Das 3D, what Grimes uses to make her digital avatar WarNymph.

Her generous dump of HQ greenscreen footage represents more than a one-off creative decision, though; it signals a new level of fan involvement in artists’ artistic processes, triggered by writing and producing tunes from quarantine. As strict social distancing regulations remain in place for many countries, fan input has become more central to many musicians’ processes, fueled by social media submissions.

“Because we’re all in lockdown we thought if people are bored and wanna learn new things, we could release the raw components of one of these for anyone who wants to try making stuff using our footage,” Grimes wrote in the video’s description. “Anyway we were inspired by all the amazing art that gets sent our way, So hoping some of these things are of use when the days are long and lonely.”

Washed Out, the project of Ernest Greene, recently culled similar fan involvement for the release of his video “Too Late.” After sharing that the original shoot had been cancelled due to COVID-19 concerns and travel bans, Greene asked fans for DM and email submissions of sunsets so he could still put the music video together. The response, he said, was “overwhelming,” and the official video dropped last week, compiling fan clips from across the globe.

Thus far, Charli XCX is the greatest champion of this trend, basing an overwhelming portion of her forthcoming in-isolation record How I’m Feeling Now (due out May 15) on fan input. Between holding Zoom meetings about the “artwork direction” for her new single “forever,” limited to the first 1,000 people to join the chat, to releasing “forever” stems (Los Angeles EBM duo Youth Code put out a similar call last week), and requesting fan remixes, How I’m Feeling Now is poised to be the most accurate document of how music-making shifts during a pandemic.

The remixes for “forever” this far have been bountiful, which points to another major benefit of social-distancing-musicianship: It gives folks in isolation a creative outlet that’s still connected to the outside world.

Her most recent task for the album release is putting together a music video to accompany “forever,” for which she’s asked that fans send in specific clips to edit together. Picking up trinkets, pacing the halls of your home, sharing a joke with a roommate — they’re all quaint requests for a woman who once secured a flaming white Mercedes for a video shoot.

But this is also a new world of music-making, one without in-person collaborations, and most certainly devoid of large camera and production crews. While resuscitating the live music industry is the most obvious struggle for musicians right now, as time passes, creating new content in quarantine will become a concern too, seeing that very little music comes to life in a vacuum.

Fortunately, as long as the forces of the internet, Zoom calls, and social media submissions push forward, creative collaborations don’t have to halt — they might just look different for the next season or two.