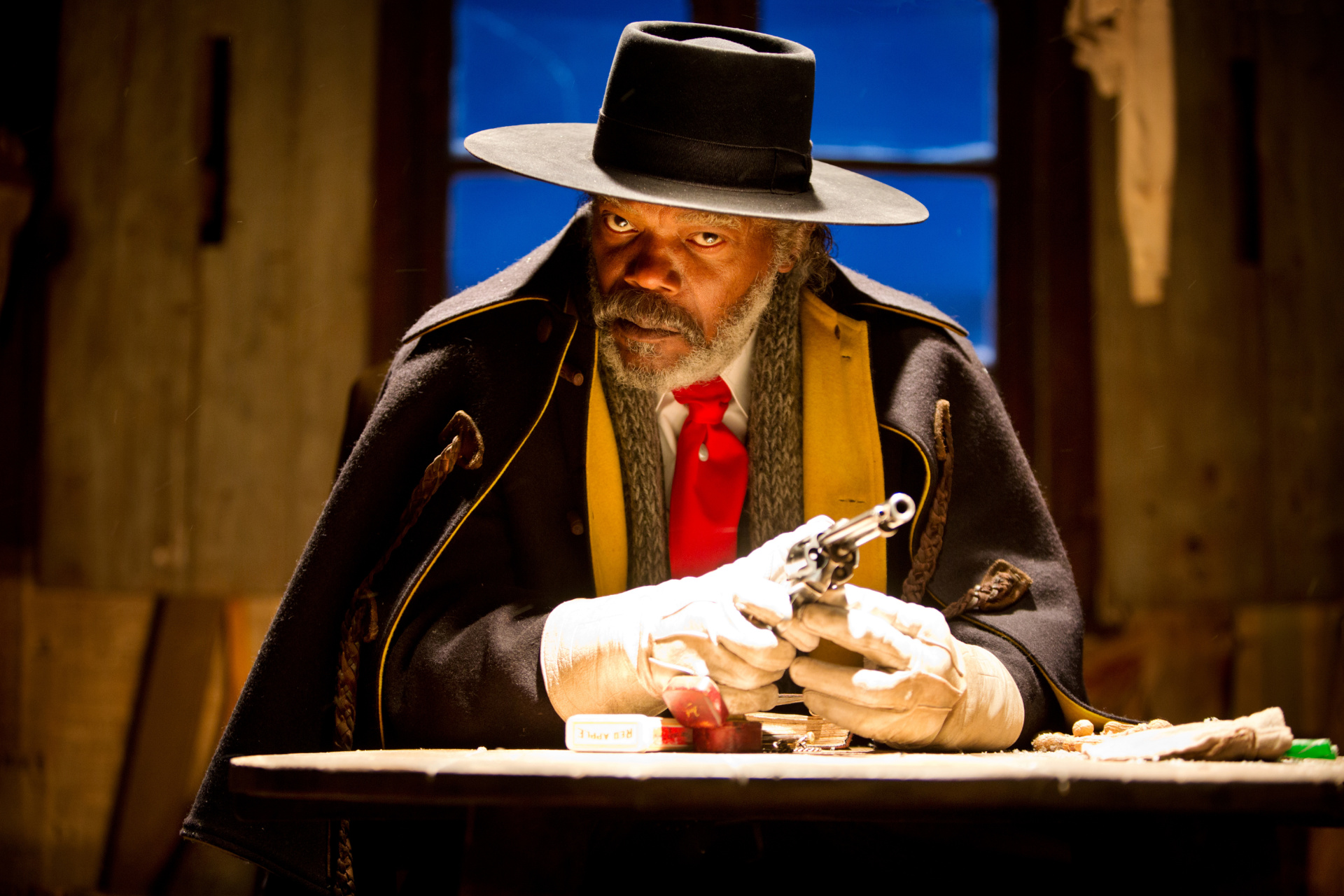 Out of all of Quentin Tarantino’s film work, only two movies he’s directed can be said to have had a chilly reception. The lukewarm response to the first, 2007’s Death Proof, can be chalked up to a few things beyond Tarantino’s control — for instance, one had to sit through Robert Rodriguez’s Planet Terror in order to check it out when it hit theaters as a part of the Grindhouse double-bill. But, generally speaking, most of the director’s solo efforts have been well-received in their time — just look at the enthusiastic response to Inglourious Basterds a few years later, or the hosannas both Django Unchained and Once Upon a Time in Hollywood received upon their releases. But then there’s the curious case of The Hateful Eight, which had a surprisingly difficult path to the screen, and received a surprising amount of audience indifference upon its release. It was scolded by the New York Times for its ugliness and pilloried by others for its racism and misogyny, as many believed Tarantino’s depictions of them to be endorsements.

It’s final title a winking nod to both The Magnificent Seven and the fact that it was the filmmaker’s eighth film, The Hateful Eight initially began as a Django sequel, but at a certain point, Tarantino decided that that approach just wouldn’t suit what was ultimately becoming its own grim monstrosity. Eventually, he finished the script — a post-civil war thriller about eight travelers stranded in a stagecoach lodge during a Wyoming blizzard, whose tensions eventually come to a boil and erupt into violence– and sent it out into the world, and, much like every script of his up to that point, it leaked out on the internet. But, thanks to a number of sites blatantly sharing it, instead of, say, letting it fester in fan communities for months on end, the director nearly scrapped the project altogether. It might have become a play (which, in the aftermath, I hope Tarantino still decides to do) or a novel, but eventually cooler heads prevailed, and Tarantino shot it — in 70mm, no less (it seems like every “auteur” makes their most intimate films in the biggest formats in this day and age) — with a fantastic cast.

There’s Samuel L. Jackson as the bounty hunter Major Marquis Warren, a truly badass role, written to the actor’s strengths. There’s Kurt Russell as the antique guitar-smashing John Ruth, a peer of Warren’s, who is lugging his bounty, Daisy Domergue (a brilliant Jennifer Jason Leigh), to her appointment with a noose. There’s Walton Goggins as Chris Mannix, a lost causer heading to be the new sheriff of the town all are bound for, Red Rock. Michael Madsen is Bob Gage, a cowboy headed home to his mother; Tim Roth plays an English hangman named Oswaldo Mobray; Demian Bichir is Senor Bob, who is running the haberdashery in the owner’s absence, and Bruce Dern is General “Sandy” Smithers, a Confederate General on the way to bury his son. That’s one hell of a powder-keg, and I’ll save you the spoilers for your viewing — let’s just say it blows up pretty nicely.

Last year, Tarantino took the oddly unprecedented step of uploading the film in four parts to Netflix, making his roadshow cinema spectacle into something bite-sized for the average viewer (just think of all the clicks he deprived writers all over the country by doing that instead of letting them do it like they did with The Irishman later that year). It’s a different experience than seeing it on screen, of course, but its intimacy feels suited for the living room as well. Now I’m not the first critic to ask that you re-evaluate it — this fantastic article from WBUR goes into how the film plays in light of the Charlottesville disaster, and I hope you read it — but I may be one of the first to ask you to do so while you’re stuck inside for the foreseeable future, trying your best to plan out meals and wait out this storm. Its equal measures of rage, anxiety, nihilism, and bizarre justice feel suited to the moment, as people slowly start to get cabin fever and lash out towards one another. The Hateful Eight is an American film, steeped in our country’s iconography, made perfectly for this bizarre American moment.