‘Once Upon a Time in Hollywood’ Review: Tarantino’s melancholic masterpiece 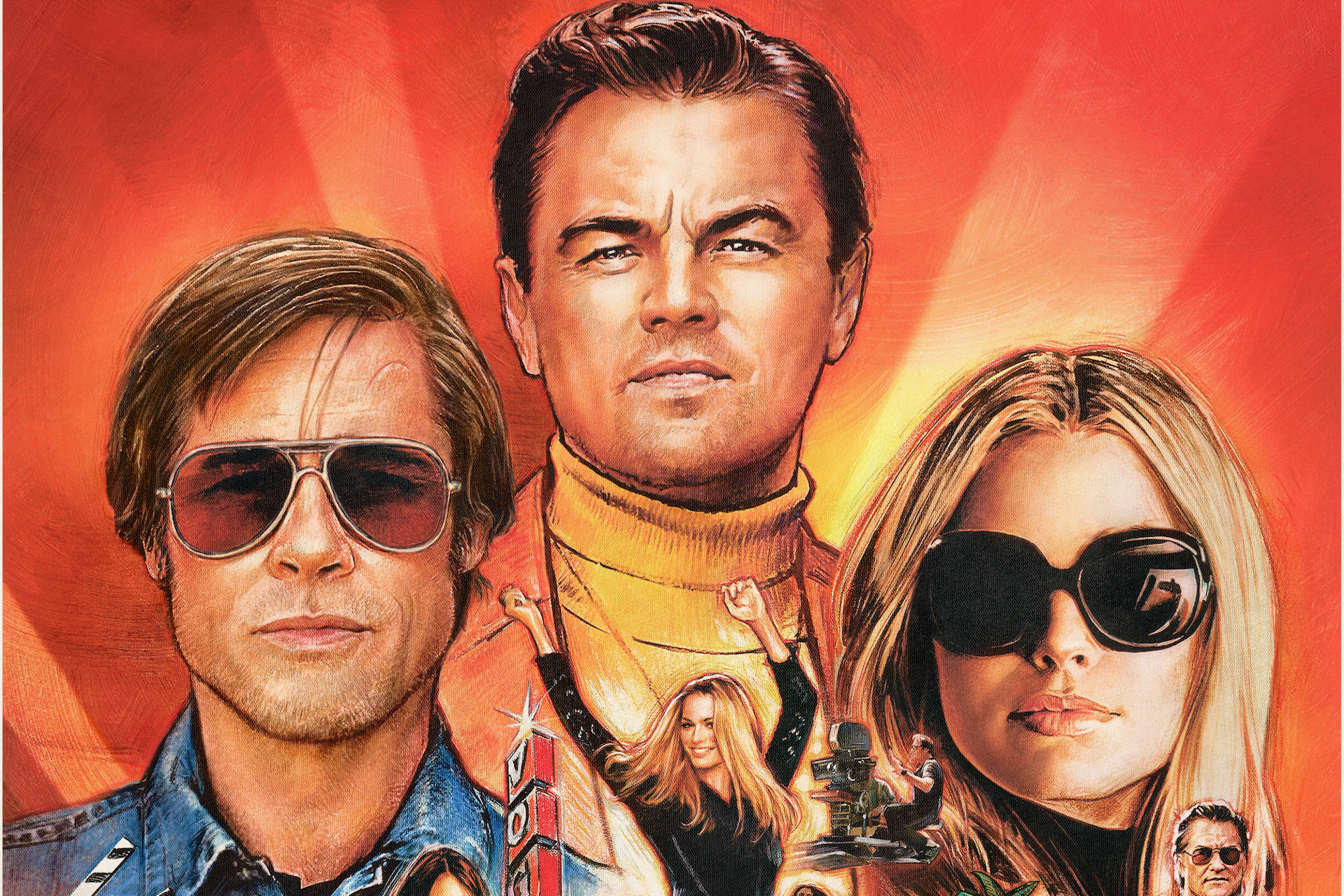 Note: This review is going to be as spoiler-free as possible, but if you’re the kind of person who gets angry when critics highlight details revealed in trailers for the film itself, turn around.

You have to hand it to a director like Quentin Tarantino: Whenever critics and the populace think that they’ve got him and his style pinned down like a lepidopterist might mutilate a monarch butterfly, he ultimately eludes the net and escapes into the wilds beyond easy categorization. His latest film, Once Upon a Time in Hollywood, perhaps will be his most controversial. No, not because of the film’s depictions of violence or because Margot Robbie doesn’t have enough lines of dialogue (a bullshit charge if there ever was one); it’ll be controversial because it’s aim is to alienate the director’s fans who have the Pulp Fiction one-sheet proudly hanging in their dorm rooms.

It’s laconic hangout vibe, which perfectly suits the sunny late ‘60s Los Angeles that its characters inhabit, and lack of the director’s hallmarks (revenge plots, over the top violence, narrative fuckery) make it almost unrecognizable as a Tarantino film. It’s endowed with an emotional maturity — about friendship, about aging, about the cultural specters that still haunt us to this day — that will ultimately viewers who haven’t been paying attention to his output since 2009’s Inglourious Basterds (his greatest triumph, IMO) and his work in the intervening years since. It is a masterpiece, and very possibly will be one of the best films of the year.

It’s 1969, and Rick Dalton (a captivating Leonardo DiCaprio), a washed-up TV star who once played the lead on a Western called Bounty Law, is shit out of luck. His buddy and stunt-double Cliff Booth (a cool-as-fuck Brad Pitt) has to drive him everywhere, thanks to him getting his third DUI. His meeting with a casting agent, Marvin Schwarzs (Al Pacino), hadn’t gone as well as he was hoping it would: Schwarzs thinks he’s diluting his star wattage by being a day-player on shows propping up other stars, and he wants Dalton to head overseas and shoot some westerns in Italy. And, to top it all off, the family he’s living next door to on Cielo Drive is on a meteoric rise to the top of the Hollywood power chain. The husband just directed a little movie called Rosemary’s Baby, and the wife — who goes by the name Sharon Tate (Robbie) — is getting bigger and bigger parts by the day. For the first two-thirds of the film, we follow Dalton, Tate, and Booth on their own separate paths over the course of two days in February. We see the alcoholic actor on set doing one of those guest roles; the ingenue as she goes about her day-to-day life; and the stuntman as ventures into the dark side of the decade’s end, after he picks up a young hippie and follows her back to Spahn’s Movie Ranch. Eventually, their paths will collide, and shit will get very serious.

If you take nothing else from Once Upon a Time from Hollywood aside from its lovingly slavish, gorgeous rendition of ’69 L.A., you’ll still (probably) have a pretty good time at the movies. This is a strikingly beautiful film, shot by cinematographer Robert Richardson with a surplus of warmth in every single frame, and what an incredible transition for it is Richardson to go from the snowy Corbuccian peaks of The Hateful Eight to this sun-bleached sensory delight. Jam-packed with references to the era and its releases, it’s classic Hollywood as we’ve felt it, perhaps not as it actually was, but the dreamlike quality of the City of Angels only serves to make our leads’ aspirations feel perpetually out of reach. Its emphasis on the young and the beautiful, who fill up the movie screens and stand hitch-hiking at every street corner, piques Booth’s interest and causes Dalton a great deal of anxiety.

This serves to contrast with Tate, whose star (and her happiness at her minor successes) is only growing by the day, but who is marred, in a way, by her own date by destiny. A scene in which she watches her work in The Wrecking Crew takes on Dreyer-esque gravitas, in which her joy at seeing herself on screen and hearing the laughter from the matinee crowd is only undermined by our ultimate knowledge of her fate (others have made this point better than I can, but it only helps that Robbie plays it masterfully, as well, offering proof that screen presence, rather than any arbitrary measure of “importance,” is what’s key to on-screen success).

Yet it’s with the ‘has-beens’ that we spend most of our time with. Tarantino clearly feels a kinship with both Dalton and Booth, as they’ve both seemed to outlive their usefulness to the fast-paced celluloid-filled world that birthed them. Obviously that comparison doesn’t totally hold true for the director, given that he could command a company like Sony to give him $90 million to make his tribute to ‘60s Hollywood, but one wonders how he must feel in a media landscape that is shifting away from things like traditional “stardom” and the classic genres that he grew up with. Part of his output over the past decade has been to put the types of films he’d like to see on screen into the multiplex, and it’s fair to say that a film like Once Upon a Time in Hollywood — a sprawling, Altman-esque epic — looks like a clear anachronism when it’s propped up against the Lion King remake or a Spider-Man movie. It’s also typical of those fearing their own irrelevance that they’d lash out against the younger generation in some form or another, but Tarantino doesn’t totally indulge that impulse in the way you might think he will. There are two groups of kids in this movie, after all. There’s the Manson girls, who each seem to represent a different form of era-specific malignancy, but whose humanness somehow manages to both crack the evil vibes that they project as well as to enhance their creepiness. They are, to be expected, the pathetic villains of this film, searching for ad-hoc rationalizations for their violence, a faux justification to conceal that they are, ultimately, obeying one man’s orders.

Then there’s the curious case of the eight-year-old child actor (the astonishing Julia Butters) that Dalton works with one day on the set of Lancer, a TV show he’s guest-starring in. He’s struggling with his newfound position in life, and this precocious girl — who refuses to be patronized by the older actor, whom she obviously outclasses in every way, or to work outside her method ways — eventually manages to break down his defenses and is able to connect with him. It’s not a life-altering encounter in the sense that It Will Forever Change The Two Of Them, it’s just a sweet cross-generational moment of empathy and kindness that manages to break through to the otherwise aloof and self-pitying has-been. I think it’s hard to see this and claim that Tarantino hates kids and hippies or only misses the good ol’ days — you know, the ones that he barely witnessed in the first place — there’s a cognizance on his part that things may very well be better with that young girl at the head of things instead of a bloated ol’ drunk like Dalton, and her non-compulsory, selfless concern at that moment stresses that.

And it’s that sweetness that separates Once Upon a Time in Hollywood from the rest of Tarantino’s oeuvre, having replaced the operatic physical action of his other work. It’s a beautiful transformation to witness.