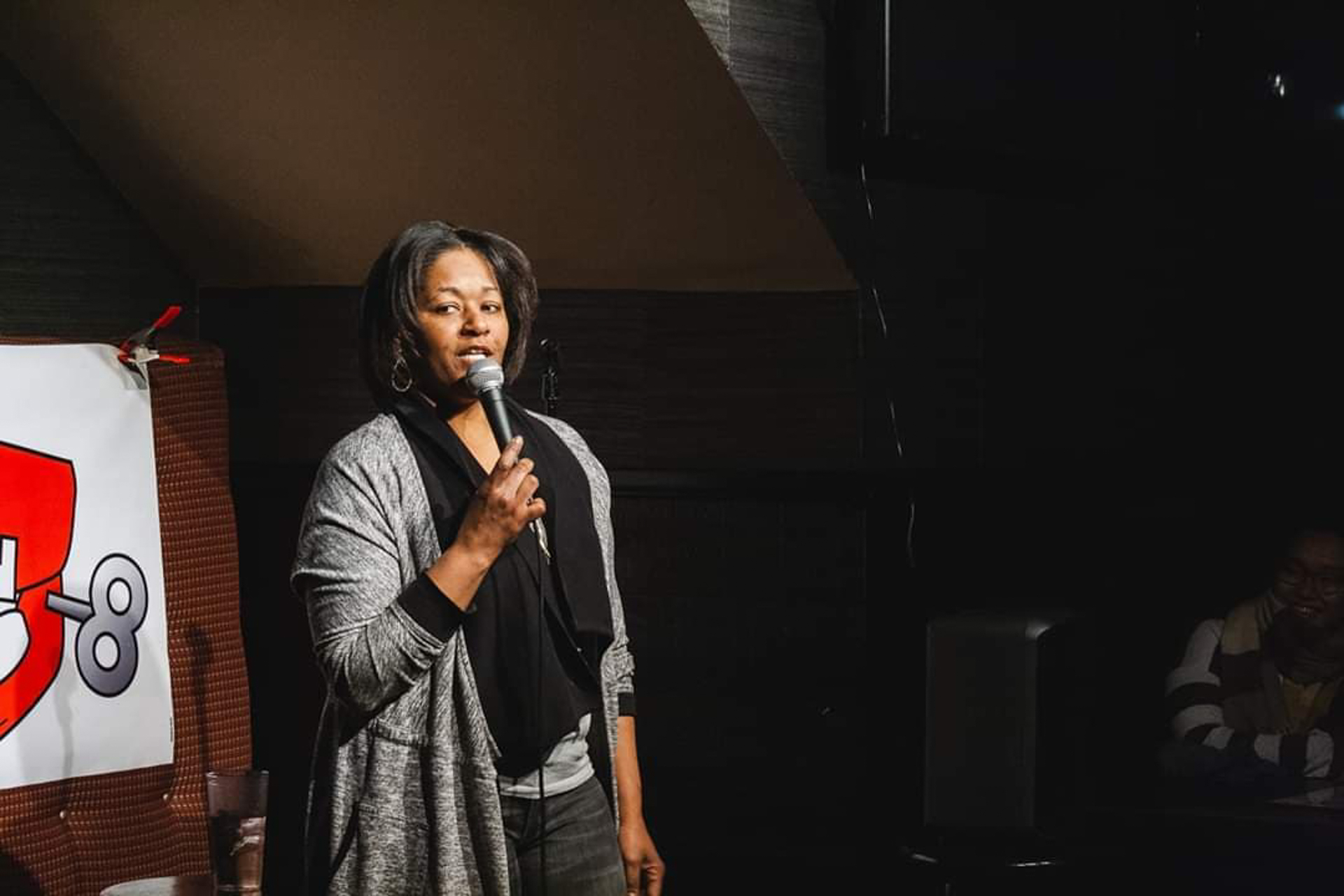 With her debut stand-up album, the Roxbury native isn’t leaving any of her jokes or ‘ranting’ to interpretation

Zenobia Del Mar never really had a career plan when she got into comedy, but after nine years in the game, she now has her first album of recorded material in hand, so she knows she’s definitely headed in the right direction.

While her debut stand-up album Reckless With The Truth, out today (March 13), isn’t really a chronological representation of her first nine years on stage, the material it’s composed of is more of a reflection of what her comedy is like as a whole than anything else. From personal stories and viewpoints of how she sees the world, including brutally honest takes on the Orange Line and New Hampshire, the set, which was recorded in one take at Great Scott in January, is unrelenting in its comedic power, and the Roxbury native is excited for what’s to come of it.

“As a compilation, I think it came out well and everyone who’s heard it has responded well to it,” Del Mar tells Vanyaland. “I don’t listen to it too much myself, because that’s just who I am, but I’m excited to have it out there and have people listen to it, and hopefully garner enough cash to get some bus tickets to go and do some stuff on the road.”

While this slate of material may not represent her comedy journey in full, which has brought her to New York, California and Las Vegas before she made her way back home to Boston, Del Mar has certainly felt the evolution of some of the jokes found on the record, due to both a cultural shift in what has been perceived as inflammatory and the natural growth that comes along with having a decade’s worth of material turned out on stage night after night, and tucked away in notebooks. But the growing hasn’t stopped Del Mar from saying what she wants to say, and she’s embraced the opportunity to present her comedy with clarity and give credence to the idea of “say what you say, and get on with it.”

“Since year one, I’ve already gone through the personal evaluation of telling certain jokes a certain way so that they’re understood, and you don’t just hear certain words, or that trigger word. For me, I don’t have to rewrite anything, because it’s been written the way it needs to be told,” says Del Mar. “There are some people that will still not like it the way it was told, but how it’s put out there is how it’s intended. I think it’s important to communicate intent clearly as opposed to just getting a laugh, especially if it’s something I genuinely believe in. I want you to understand what I’m saying, as opposed to just laughing at me calling someone an idiot.”

While the album may still be in its infancy, the whole process of putting it together, which was spear-headed by Boston-based independent label Dead & Mellow Records, has Del Mar at ease enough to already start thinking about where to go from here, and what the next thing will look like, which she has full faith in achieving given the mastery of the label’s “co-champions” Alan Richardson and Matt Minigell.

“To see everything come to fruition is very dope, from concept to contract, to seeing the website, the production and the artwork, it’s fantastic,” says Del Mar. “I’m just really excited to get a CD in my hand and send it to my dad. If he likes this, then that’s how I know we’re all good.”

Obviously, as with any comedy record, Del Mar just wants to make people laugh with the material she’s presented, but if she can also exude a sense of relatability along the way, that’s even better.

“I think there’s something oddly cathartic about someone saying exactly what you would like to say, or can’t seem to figure out how to say, and I feel like it’s validating to have that sort of interaction with people,” says Del Mar. “Hopefully, I can offer some relatability or some sort of catharsis through my ranting.”

Given the current circumstances of shows being cancelled and the strong urging to avoid large social gatherings, which has resulted in significant financial loss for artists all over the city of Boston and abroad, please consider purchasing the album at deadandmellow.com