‘Jumanji: The Next Level’ Review: A solid, if generic, sequel 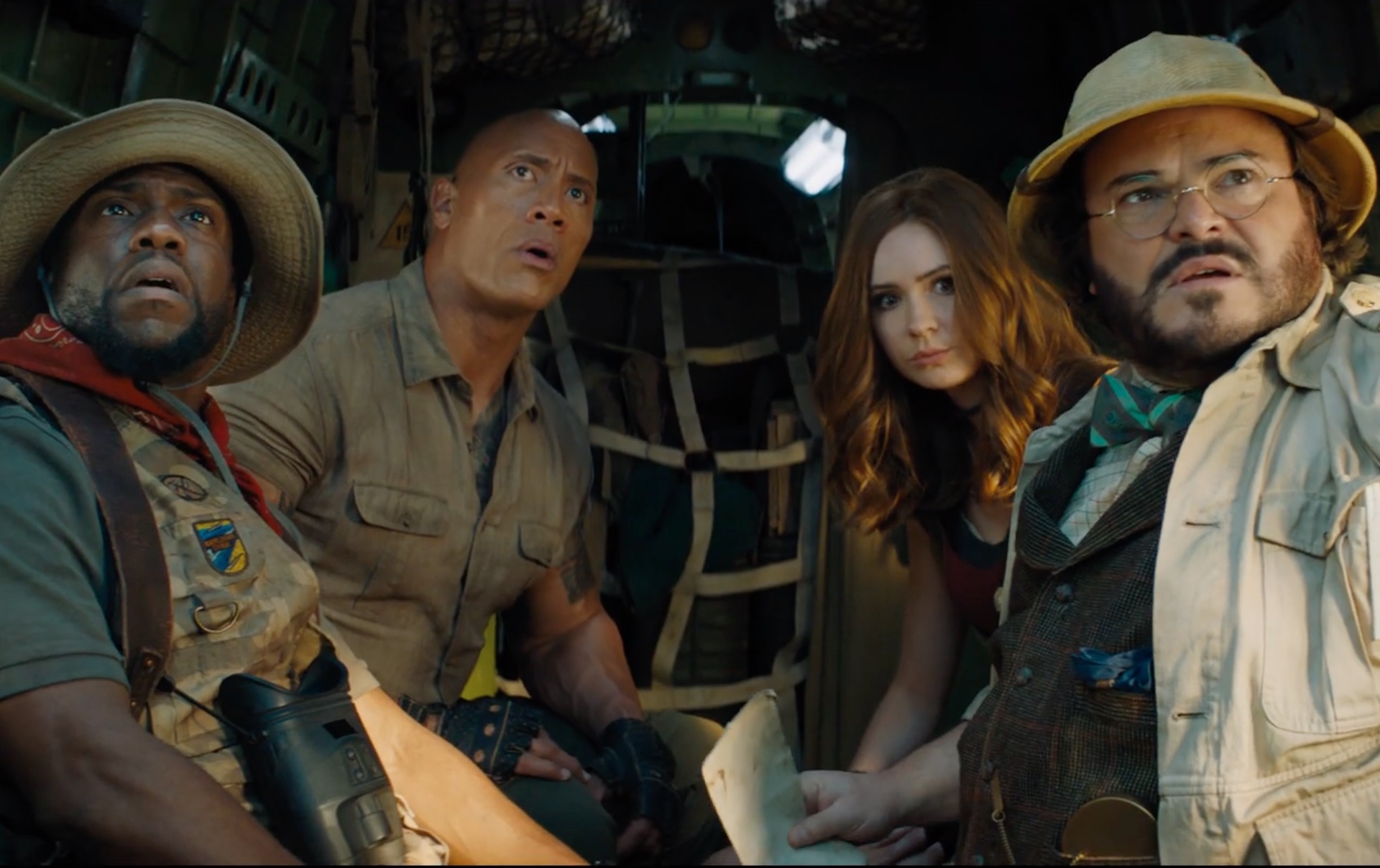 Perhaps the most unexpected box-office triumph of 2017 was that of Jake Kasdan’s Jumanji: Welcome to the Jungle, which took a pretty dead-in-the-water property and managed to do enough with it to please audiences everywhere. It was about as middle-of-the-road solid as you could expect from any slick studio product these days, with likable actors cast smartly spouting off quips amidst some generally uninteresting CGI chaos, but for whatever reason, it filled some sort of pop culture niche that was previously unexplored. So, Kasdan and company had two choices when recruited to do a sequel: Either do something broad and completely different, building upon the foundations that they set up in the first film; or play it as safe as possible and hope to God that everybody still likes the formula as much some two years later. As you might expect, they went the second route, and after what was surely a lengthy focus-group testing period, Jumanji: The Next Level is here to provide inoffensive family entertainment in the absence of a fall/winter Marvel release this year. The flip-side to that doubling-down is that a lot of the elements that worked so strongly the first time around are just as successful here, and there is some fun to be had, as hollow as it might be.

It’s been a few years since the first film, and each of our young protagonists have gone off to college — nerdy Spencer (Alex Wolff) is at NYU by himself, having split up with his girlfriend Martha (Morgan) due to their long-distance relationship, and his other close friends, Fridge (Ser’Darius Blain) and Bethany (Madeline Iseman), have gone off to other parts of the world — but winter break has rolled around, and the group make plans to hang out. But when Fridge, Bethany, and Martha turn up to brunch and Spencer’s nowhere to be found, they start to suspect the worst. They head over to his house, where his grandpa, Eddie (Danny Devito) answers the door. This is the second unexpected visit that Eddie’s received so far that day: His old business partner Milo (Danny Glover) is there, trying to mend some old wounds, though the brusque old men are hardened and bitter by their time together. The trio head to the basement and discover the smashed remains of the Jumanji video game, which Spencer held onto and tinkered with. He’s trapped somewhere within the game, and the three decide to enter the game to rescue him.

But before they can select their characters, Martha, Fridge, Grandpa Eddie, and Milo get sucked into the virtual world. Martha’s back in her old avatar — the ass-kicking Ruby Roundhouse (Karen Gillen) — but Fridge has now found himself in the body of Professor Sheldon (Jack Black). The real surprise, however, is that Grandpa Eddie found himself now in the body of the massive muscle-bound hulk Dr. Smolder Bravestone (Dwayne Johnson, and that Milo is inside the diminutive zoologist  “Mouse” Finbar (Kevin Hart). The foursome will have to trek across the wild world of Jumanji in order to save their friend from some generic evil threat — honestly, I can’t remember if the first one had a bad guy, the fact that Game of Thrones’ Rory McCann fades into the background here as the antagonist is kind of fitting, I guess. Along the way, they’ll run into Nick Jonas from the first movie, a pretty cool horse, and Awkwafina, who is pretty cool. She was great in The Farewell, which you should watch.

The set-pieces, for the most part, are genuinely uninteresting — the gang gets chased across a desert by a rampaging herd of ostriches, there’s an Indiana Jones-style chase across a ton of rope bridges — but Kasdan and company know that they don’t matter as much as how the characters react to them, and there’s still wit in the writing here. Those who have ever tried to walk their grandparents through any number of tech support tasks, much less tried to teach them how to play a video game, will be amused by Rock and Hart’s befuddlement with their circumstances, and both of them do a great job imitating their real-world counterparts, though it’s Hart who comes across the best. His Danny Glover impression is solid and significantly stronger than Rock, who, while often, very funny, doesn’t know when to turn things down a bit. But once the body-swapping mechanic is introduced, there’s a ton of fun to be had with the concept, and watching, say, Awkwafina do a Danny DeVito impression is as satisfying as it is funny.

As a friend of mine is often want to say, the 2017 Jumanji is a perfect airplane movie: You can zone out and in and be mildly invested or amused by what’s going on, and The Next Level fits into that lane smartly. It’s the one Christmastime movie-going choice that won’t piss everybody off in the extended family available to you this holiday season, and there should be a place in cinema for this type of decently charming middle-of-the-road picture outside of the superhero movie, much like there once was a decade ago.