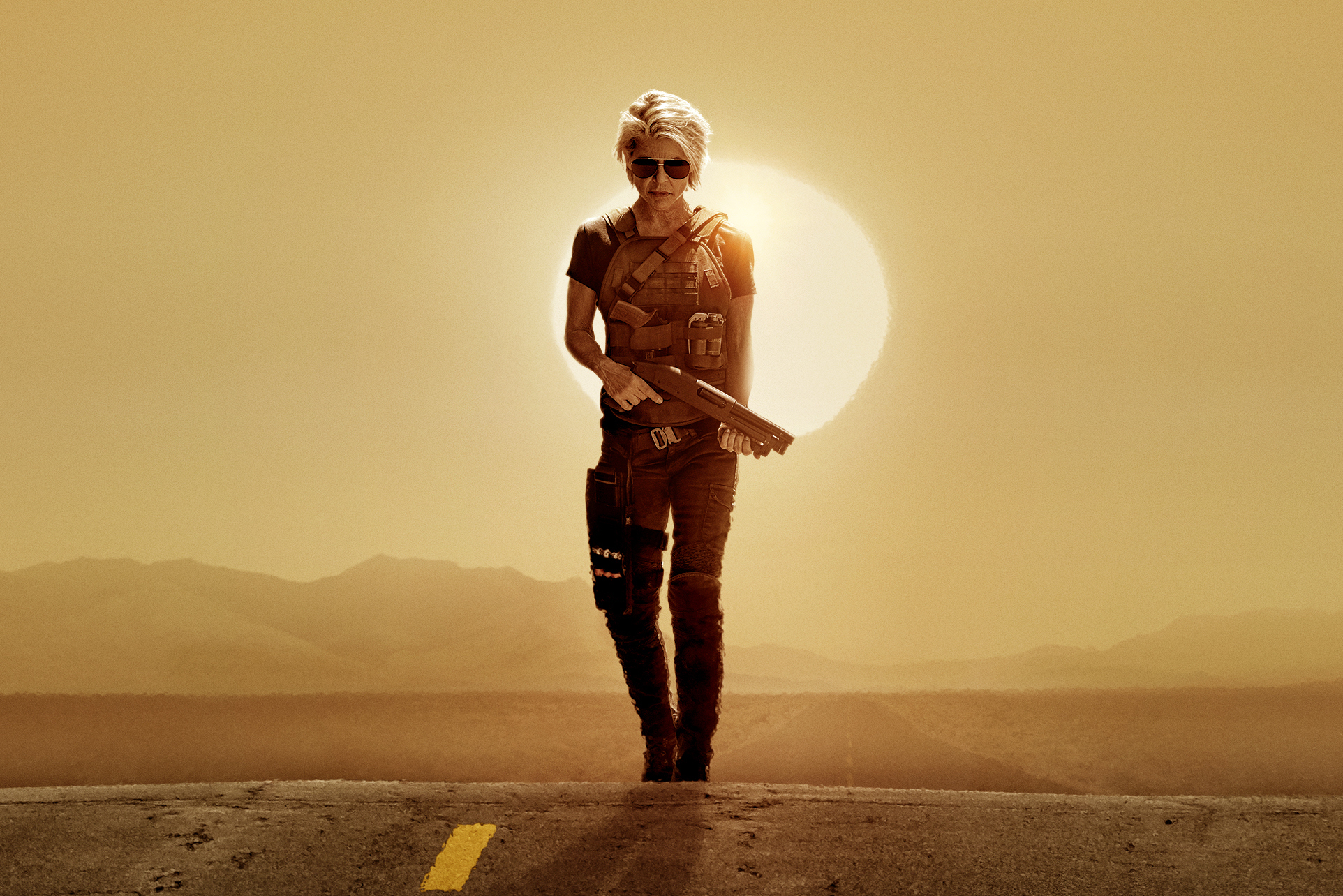 The Terminator franchise really has had a rough two decades, huh? Ever since James Cameron departed the franchise that he helped to create, the series (and studio Paramount) has really struggled to innovate. Sure, Terminator 3 was fine enough, and we didn’t totally hate Genisys like everybody else did (it was still bad, but not as bad as people said) but when you’re always going to be compared to films like those first two, your film has to rise to the occasion. Anyways, the teaser trailer for Terminator: Dark Fate is here to entice you to see it by reminding you that James Cameron is producing this installment, Tim Miller of Deadpool fame is directing it, and Linda Hamilton is back to kick ass and take names. We’re not convinced.

Alright, we’ll get the good out of the way first: we are pumped that Linda Hamilton is back, and it’s great that she’s given an Arnold-esque introduction here, filling one of those new hybrid Terminators with lots of hot lead. We are one hundred percent here for her, and we’re excited to see her and Arnold together again. The bad? Well, it’s the action. It looks like Deadpool, where Miller’s CGI-heavy approach to action set-pieces was fine for a movie with its limited resources, but now it just looks gaudy and awkward, especially in comparison to something like Terminator 2. Also, what’s up with that stupid trailer music? You have one of the most iconic franchise themes in modern history, and you choose to go with that bullshit?

Here’s a synopsis that tells you absolutely nothing about the film, aside from who’s in it: