David Cross sticks to his rules and roots on new album ‘Oh, Come On’

By Jason Greenoughon May 10, 2019
ShareTweet 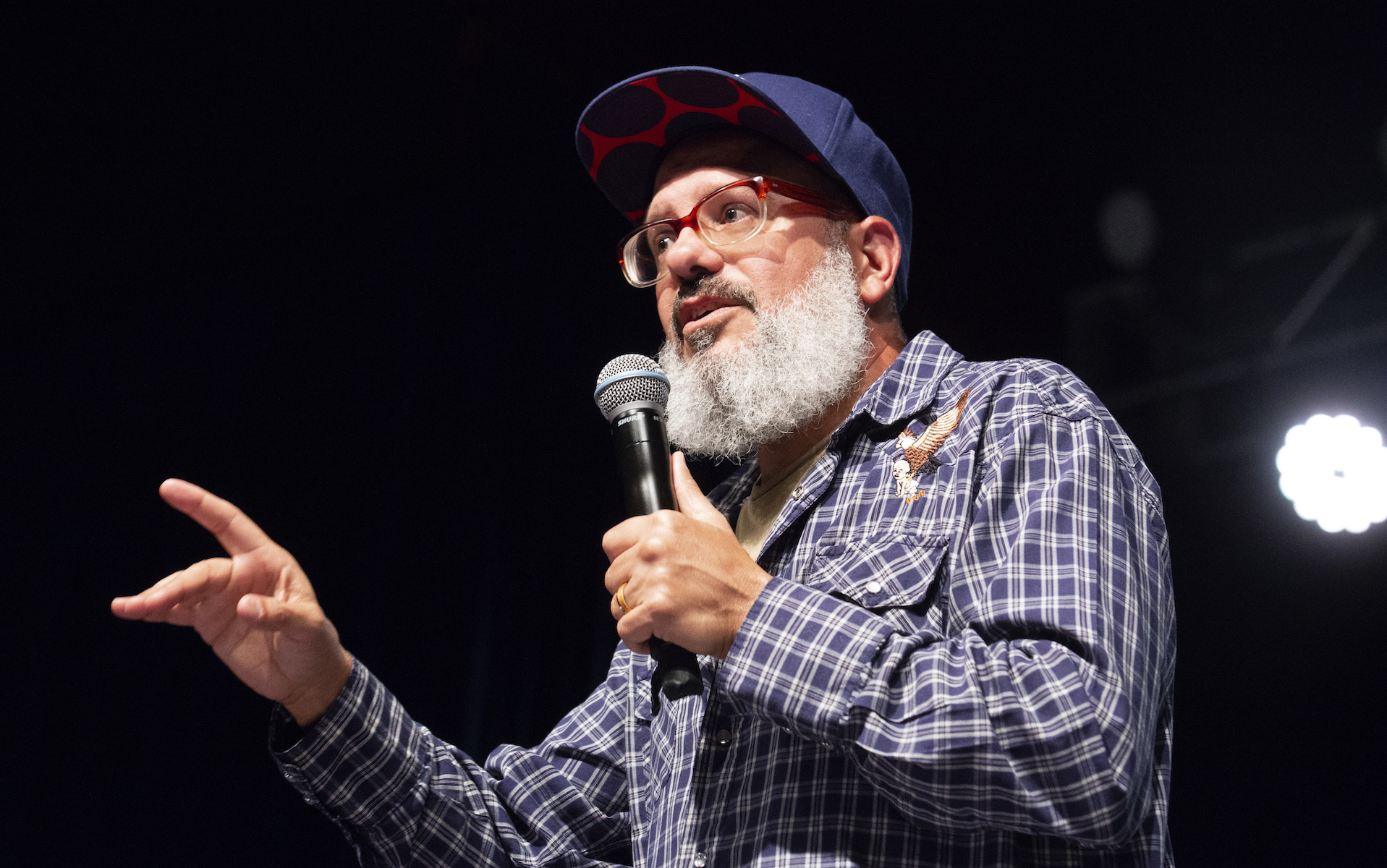 According to David Cross, his 45-minute set at last year’s Boston Calling Music Festival planted the seeds for what would become his new special, one that he has unleashed outside of the New York club circuit. And he feels good about its prospects.

Oh, Come On, which drops today (May 10) via the Comedy Dynamics Network across all major streaming platforms (except Netflix), may be Cross’ sixth special over the course of more than three decades in the comedy game, but for the Arrested Development actor, this one might be the best one yet.

“It’s hard to tell when you’re inside of it, but I started doing press for this special a few weeks ago, and it feels honest when people tell me they like it,” Cross tells Vanyaland. “I had a great time doing it, and it was probably my favorite set to do so far. Maybe it’s because it’s just fresher to me, but it felt like it was the tightest and most realized.”

While it may be his most on-point batch of material, Cross’ on-stage approach to performing it also made it his most unique, as the video and audio versions are from two completely separate shows from his 70-city tour last year. It’s always been a rule of his to tape the visual aspect halfway through the tour, while saving the audio recording for one of the last three shows, which gives viewers and listeners a look at the full evolution of the material throughout the tour.

Cross decided on recording the video version at The Orange Peel in Asheville, North Carolina last summer, with the audio version coming from a set at the Lyric in Birmingham, Alabama in November. His reasons for choosing those two moments to capture the essence of the ever-evolving material are actually quite simple, really.

“Asheville was smack dab in the middle of the tour, and it was in a music club, which is kind of getting back to my roots, since I started in those kinds of clubs before doing theaters,” says Cross. “I love doing shows in the south, since I do particularly well there, and Asheville is just a fucking awesome place, and I love it there. Birmingham was one of the last shows of the tour, before Buffalo and Brooklyn, and I chose Birmingham because, well, ‘why not?’”

Much like the approach he took for his 2016 special Making America Great Again, Cross wanted to touch on current events and his disdain for the Trump administration, but he didn’t want that to be the focal point of this new hour. Instead, he chose to tackle something that still involves and pokes fun at Trump, but also has much more permanence and a better aging quality, in terms of relevance while watching it as time goes on.

“My approach was to make it less about Trump and what he does, and make it more about my curiosity about his fans,” says Cross. “There’s actually a bit that I dropped halfway through the tour because I didn’t want to do too much Trump stuff, but it’s a bit I can go back to and work on, because it’s a bit about his fans, and that’s got a lot more permanence to it. That’s a thing I can talk about in shows for months, and it won’t feel stale or dated, and it’s also a lot more interesting to explore instead of saying [Trump] has tiny hands, or that he’s a narcissist. We already know all that, it’s nothing new.”

“It was nowhere even close to the amount of walk-outs I had on the tour before this one, where there was one during virtually every single show, all over the country, and even Canada,” says Cross. “Less than 25 percent of the shows on this tour had walk-outs, but I definitely had them, and always will, to some degree. The craziest one was in Pittsburgh, where a security guard for the theatre loudly and angrily quit, and just walked out in the middle of the show.”

One aspect on the Oh, Come On tour that was very different from the response on the tour before it was the amount of walk-outs that occurred throughout the trek. While Cross knows that his unapologetically up-front material will always elicit some sort of backlash from the crowd, this last tour certainly harbored a lot less sour feelings from crowds than before. That’s not to say it didn’t have its moments, though.

Both the video and audio editions of the new special represent a sort of time capsule in Cross’ career where, thanks to his tendency to write while on stage, his material tends to reflect his view of the world in real time. With so much of the material being a social critique, it’s only fitting that Cross took the closing seconds of the end credits to dedicate his latest masterpiece to the late Godfather of Boston Comedy, Barry Crimmins.

“Barry was a very good friend of mine, and he was a mentor,” says Cross. “I had known him since the mid-’80s, and he was a huge influence in my life, and a big part of a lot of communities. I loved him to death, even though that may sound weird considering, but of course I was going to do that.”