IFFBoston Review: ‘It Started As a Joke’ is unexpectedly moving 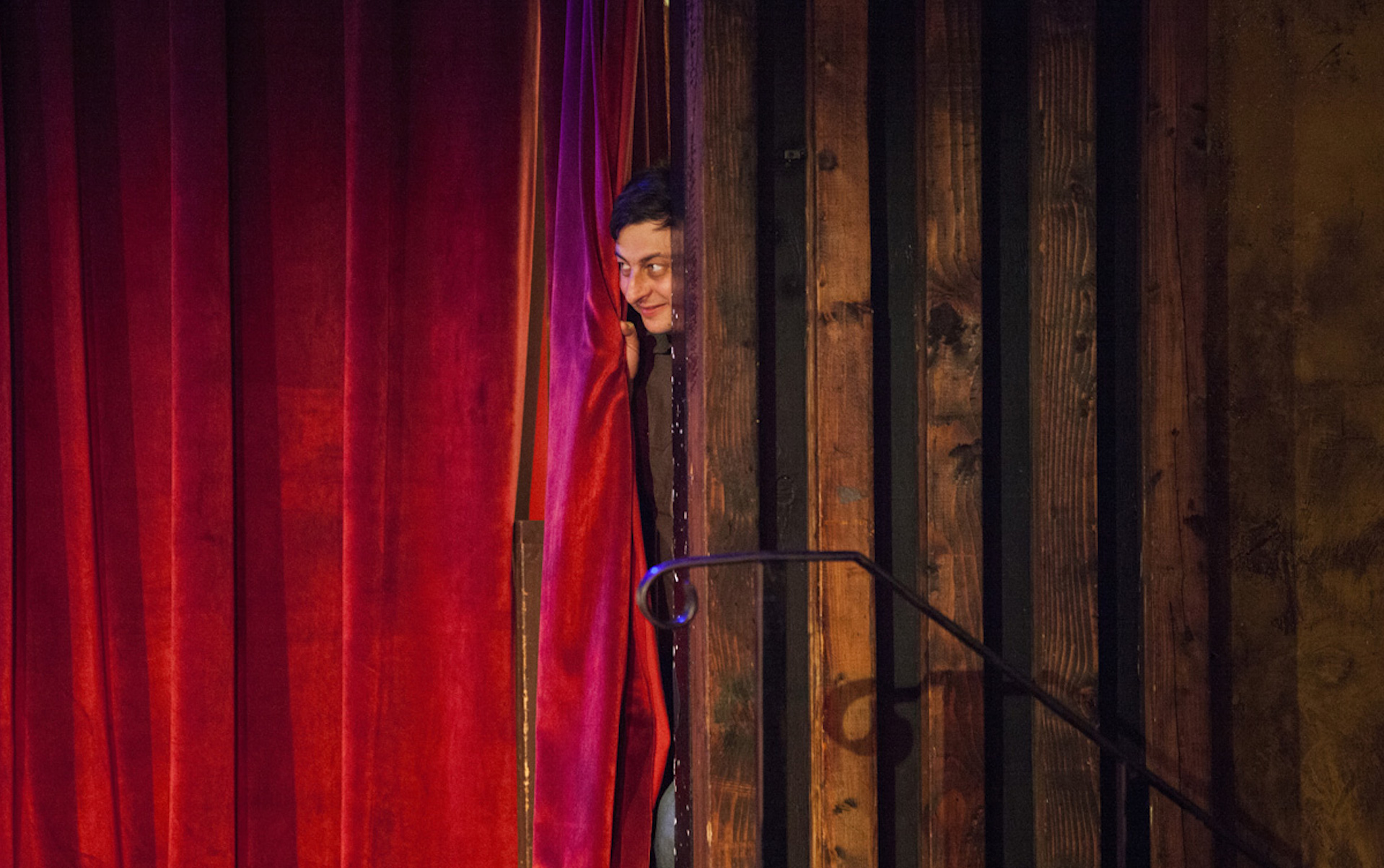 From its first half-hour, you’d be forgiven for assuming that Julie Smith Clem and Ken Druckerman’s documentary It Started As a Joke, about the final installment of the Eugene Mirman Comedy Festival, is your garden-variety hagiographic portrait of an event that you missed out on because you weren’t cool enough to go to at the time. Founded in 2008 as an alternative to big and crazy festivals like Just for Laughs (after a one-off joke that forms the basis for the film’s title), Mirman’s festival was beloved by a whole lot of people who had influence, and, to be fair, it looked like a hell of a lot of fun. Where else could you see, for instance, Ira Glass get blackout drunk on stage and arm-wrestle other comedians?

This section of the film features a lot of famous comics and cultural commentators trying to make a case for the industry-wide ripple effects of Merman’s open acceptance of weird forms of comedy, which gave rise to voices like Kumail Nanjiani, Jon Glaser, and all of your other faves, and undoubtedly helped create things that a lot of people love, like Bob’s Burgers, which is where you probably know Mirman from (as the voice of Gene Belcher). It’s fine and funny, but it’s a lot like other docs about festivals in that you just had to be there, man, which would be tiring if the whole damn thing wasn’t so short, as the film runs a scant 75 minutes, or weren’t nearly as meaningful in its last half.

Clem and Druckerman smartly understand that this stuff isn’t as interesting as the why of the festival’s ending, and the resulting deep-dive into Mirman’s personal struggles broadens the documentary’s focus. You see, Mirman’s wife, Katie, has terminal cancer, and he’s understandably not too keen on spending a lot of time away from her or their son in these final years of her life. But he wants to incorporate his own grief and pain into his humor, and so a lot of the film concerns a famously absurdist comedian — whose silly and earnest brand of comedy is very far away from the kind of confessional gags he’s attempting to craft — baring his soul and his struggle on stage. We see this through the development of a gag about honest  greeting cards for those who have just received a cancer diagnosis, from its prop construction, to its testing-out at the Hong Kong in Cambridge, to its final debut in Mirman’s last set at his festival.

This, in turn, inspires other comedians to come forward with their stories about grief and/or loss in their material, such as Glaser recounting a silly moment involving an over-eager nurse during his father’s hospital stay, or Bobcat Goldthwait reminiscing about his conversations about suicide with his best friend, Robin Williams. This is, of course, far better than a clip reel about the kind of wacky comedy the festival was famous for, and does an excellent job at illustrating why this yearly event was just so damn special: It had a sense of community, in which people weren’t afraid to be themselves in their work or to be honest in their work.

It Started As a Joke is a compelling and moving tribute to an era of alt-comedy that suddenly took the mainstream by storm, and is worthwhile viewing for any and all fans of this brand of humor. You might cry though, so bring tissues.