Always wear protection, kids, or you might cause the end of the fucking world 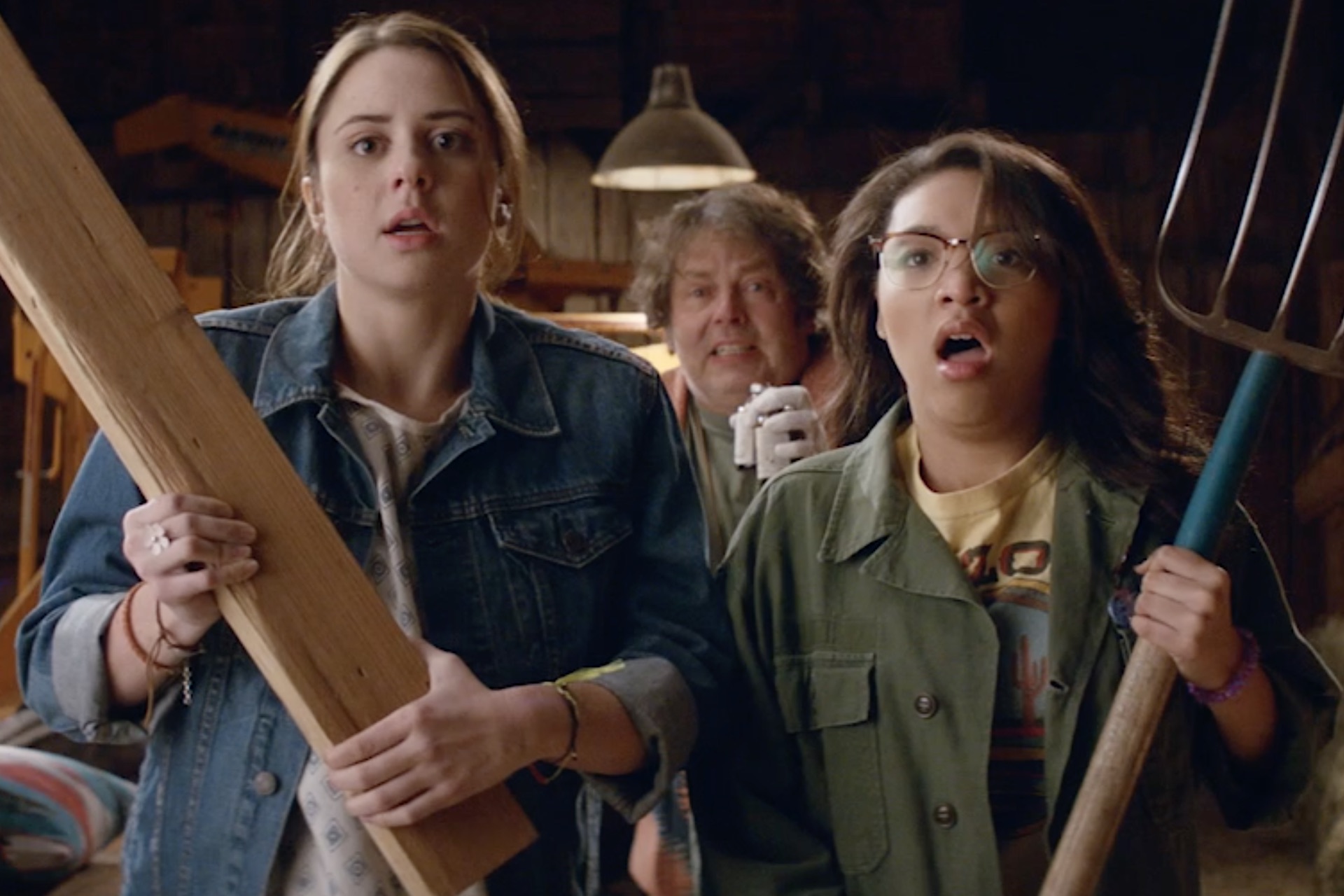 Stephen Cedars and Benji Kleiman’s goofy, gorey sci-fi feature Snatchers has had one hell of an interesting path to the big screen. First a short that played at SXSW back in 2015, it then became a webseries, which aired from 2017 to 2018, and now, in its final form, it is playing as a part of the Midnighters program at this year’s festival. It’s about Sara (Mary Nepi), a upwardly-mobile former nerd who left behind her best friend Hayley (Gabrielle Elyse) on her way to the top, who, at the start of the school year, decides she’s finally going to lose her virginity to her douchey boyfriend, Skyler (Austin Fryberger). The night’s awkward, as to be expected, but the next day at school, Sara starts vomiting randomly and going through intense mood swings. The next day, on which a huge party is going to take place, she wakes up with a swollen belly, as if she’s nine months pregnant. Not wanting to tell her mom (J.J. Nolan) or Skyler about her condition, she hits up Hayley for help. The two head to a clinic, where Sara gives birth to essentially a scorpion creature, which decapitates the supervising doctor and then goes on a rampage at the hospital. They manage to escape, but their victory is short-lived: That’s not the only thing that’s growing inside of her, and the two of them must prevent the birth of what may very well be what causes the end of the world.

Cedars and Kleiman get a ton of milage out of their premise by drawing — and occasionally stealing directly — from their inspirations and merging it with their own take on the teen pregnancy story, perhaps capturing its alienation better than other works that came before it. There’s Cronenbergian body horror, cheap blood and guts done up in the Troma fashion, Black and Dekker-styled dialogue, Wright-like smash cuts, and even a little Heckerling tossed in there for good measure, all in service of making this as wild a ride as possible. There’s some excellently blocked shots, including one near the end where a tableau of characters gather in front of a house and the camera pulls back across the various stories that are unfolding that ranges to be a pitch-perfect note to end on.

The practical effects work is smartly done, and the monsters themselves are excellently animated, especially the smaller of the two, which attaches itself to the back of a host’s neck and then controls their body from the top of head. There’s a great Leone-parodying standoff between the girls and the creature at the party, and the beast squints and grunts much like Van Cleef would have back in the day, which is a solid gag in and of itself, but it’s made perfect by the execution, which had a lot of thought and care put into it. The two leads have a solid rapport when they’re not being forced by the plot to fight against one another, and the supporting cast, especially Fryberger, who is takes the “horny dumb jock” archetype and robs it of whatever dignity it had in his pathetic, cured desperation to get laid.

Hopefully Cedars and Kleiman get a phone call from the Critters producers, because they’ve proven themselves to be a great fit for any projects they have in the pipeline, and fans of that type of movie will eat Snatchers up.