SXSW Review: ‘Good Boys’ is a raunchy comedy with a lot of heart

Yes, it's a hard-R comedy that stars a bunch of kids, but you very well might end up crying at the end 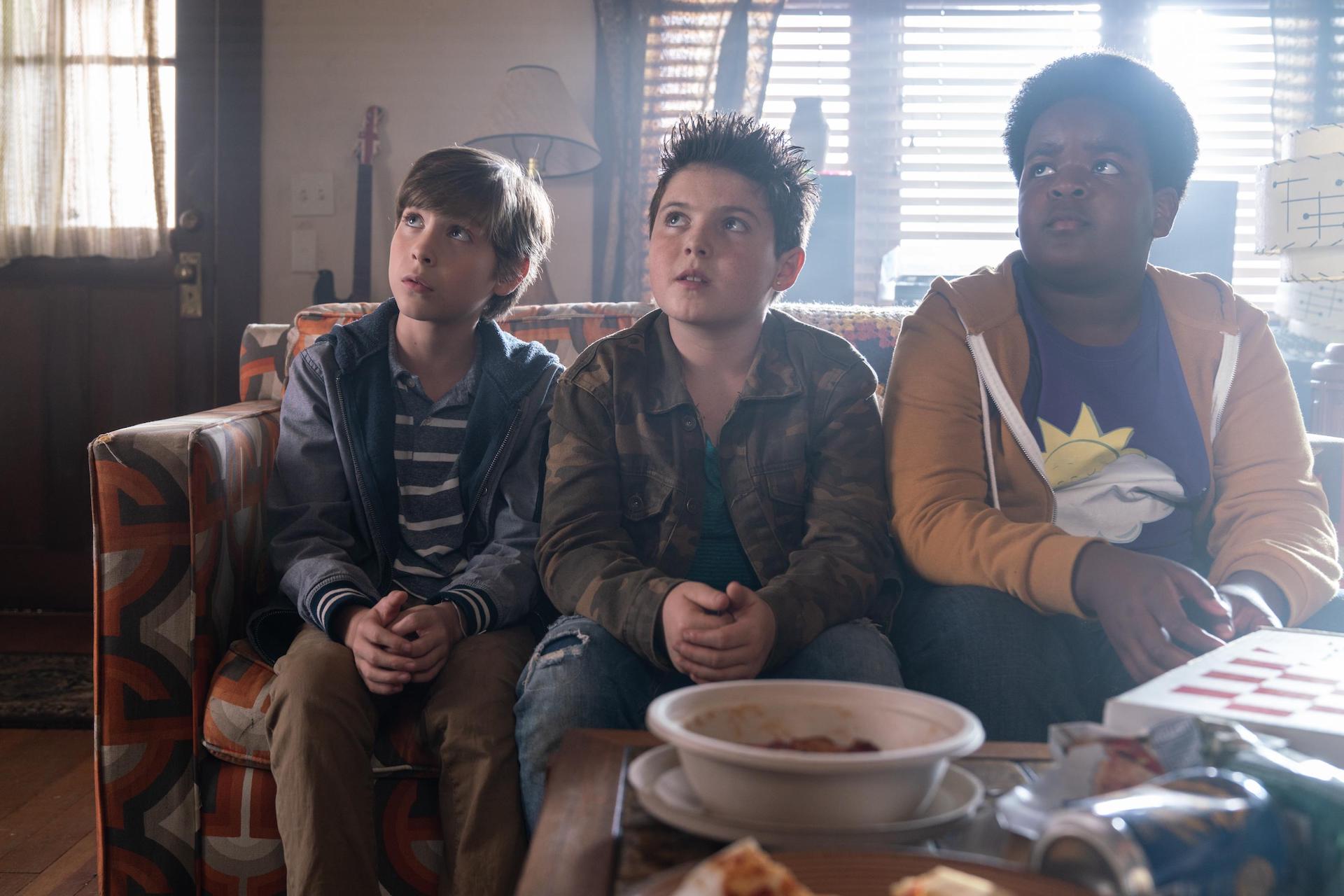 Gene Stupinsky’s Good Boys is based around the central thesis that children swearing will never not be funny to an adult audience, and its success with each individual viewer will depend on whether or not that thesis proves true to you. If you’re the kind of person who doesn’t want to have children, this will be a hyper-cacophonous trip into your darkest nightmares, full of shouting and screaming, with only the occasional joke worthy of your laughter. However, if you’re an idiot like me, you’ll probably have a great time with this, as its brand of dumb-yet-sweet childhood comedy will endear you to it.

This is meant for the same audience that flocks to things like Stranger Things, even when they don’t have a big interest in science-fiction or horror, because the chemistry between the main group of kids is so charming and real that it’s hard to resist. It’s a tribute to the age when you’re not quite a child anymore, but you’re not quite a teen — where drugs are still bad and sex is weird, but swearing and the desire to traffic in “adult” knowledge begin to creep into your life — and it mostly succeeds at doing this.

Sixth graders Max (Jacob Tremblay), Thor (Brady Noon), and Lucas (Keith L. Williams) are best friends, and have been so for years. They call themselves the “Beanbag Boys,” and they spend all their time after school hanging out at a skate park or playing a card game called Ascension. Max is nursing a fierce crush on a classmate, Brixlee (Millie Davis), and he gets a once-in-a-lifetime opportunity to go out and finally kiss her at a party hosted by the school’s resident cool kid. Thor, a musical theater nerd who quit singing after he decided he wanted to be macho to avoid the bullies at the school from making fun of him, and Lucas, an earnestly nice kid who is going through tough times because his parents are getting divorced, aren’t technically *cool* enough to play spin-the-bottle with the rest of the gang, but Max manages to score them invites anyways, and the three set out after school to prep for the party by learning how to kiss.

Of course, the first thing the gang does is hit Google, which goes down the tubes pretty quickly when they stumble upon some super gross porno, and they then resort to frenching the CPR doll that Thor’s dad owns to practice. But they don’t think they’re getting the real deal here, so they decide to take Max’s dad’s (Will Forte) drone out for a spin to spy on the teenagers next door in the hopes that they might kiss while the drone’s camera is fixed on them. That plan backfires when his neighbor (Molly Gordon) hits the drone out of the sky with a broom, and sets off a chain reaction that sees the drone destroyed and the boys in possession of the older girl’s purse. The neighbor and her friend (Midori Francis) are going into the city to see a concert and do Molly that night, and the drugs are hidden in the purse that the boys have. Meanwhile, the boys need to come up for the cash for a new drone somehow — maybe by selling one of their expensive cards? — and have to get to the mall in order to buy one before Max’s dad returns home from a business trip. As you can imagine, hijinks ensue.

Comparisons to Superbad will be inevitable, thanks to the fact that Good Boys is produced by Seth Rogen and Evan Goldberg — you know, the guys who wrote that movie — and it’s kind of funny that so many of the premieres at SXSW have been riffs on that well-worn “one wild day” plot framework. It’s not as formally adventurous as something like Booksmart, and nothing here can compete with the highs of Olivia Wilde’s film, but it arguably has a tighter bond between its cast to draw us in. The three leads are swell, with Tremblay doing his normal schtick, albeit with a lot more “fucks” in his vocabulary, and Noon providing a solid portrayal of the generational angst that typically defines the “tween” period. But the standout is Williams, who is so goddamn earnest and sweet and kind in this that it’ll just melt your heart. He’s hanging on to the morals of his childhood, and at large, his group of best buddies, as a way of dealing with his parents’ divorce, and the emotional journey that he goes on over the course of the film is just painfully sweet.

To backtrack a second — it’s a bit of an oversimplification to say that this is just a “kids saying fuck” movie. There’s a lot of solid humor that’s based on another premise: That over and over again, when confronted with the dirty facts of the adult world, these goofy children find their own magical explanation for why these things are. Take, for example, a scene in which the boys have to intimidate a creep (Stephen Merchant) who comes over to buy one of the valuable Ascension cards that the group collects. Thor takes them to his parents’ bedrooms, telling the rest of the gang that his folks have weapons, and you start to wonder — do they own knives? Guns? Then we’re presented with a tableau of sex toys and bondage gear, whips and crops and all, and it starts to make all the sense in the world. Of course a kid would think of those objects like that when they’re stripped from their adult context, and this joke somehow manages to never get old, thanks to the wide-eyed and innocent way that the characters walk through the world.

But Stupinsky, the former co-director of Bad Teacher, has trouble getting out of his own way sometimes, and the film feels about a solid ten minutes too long — so much stuff happens in this movie, and though the individual scenes are often brilliant, the connective tissue that surrounds them is not nearly as interesting. I’m thinking of the subplot involving the teenage girls when I talk about this, which exists mainly to move the boys from place to place and to get them to a frat house at one point, where an admittedly funny little sequence happens involving a paintball gun and a whole lot of angry, drunk young men. It just gets overly complicated in that very Apatowian way, and the odd, choppy editing doesn’t help as well.

Yet these flaws can’t sink Good Boys, which has an earnest and sweet heart buried underneath all of the raunch, and, dare I say it, it has a stronger and more moving ending than any of the current crop of these “wild night” comedy pictures. It’s the kind of dumb comedy that manages to accurately capture how it feels to be that young without forgetting that its characters are children, and it very well may make you tear up a bit at the end.