Sundance Review: ‘Wounds’ is too goofy for its own good 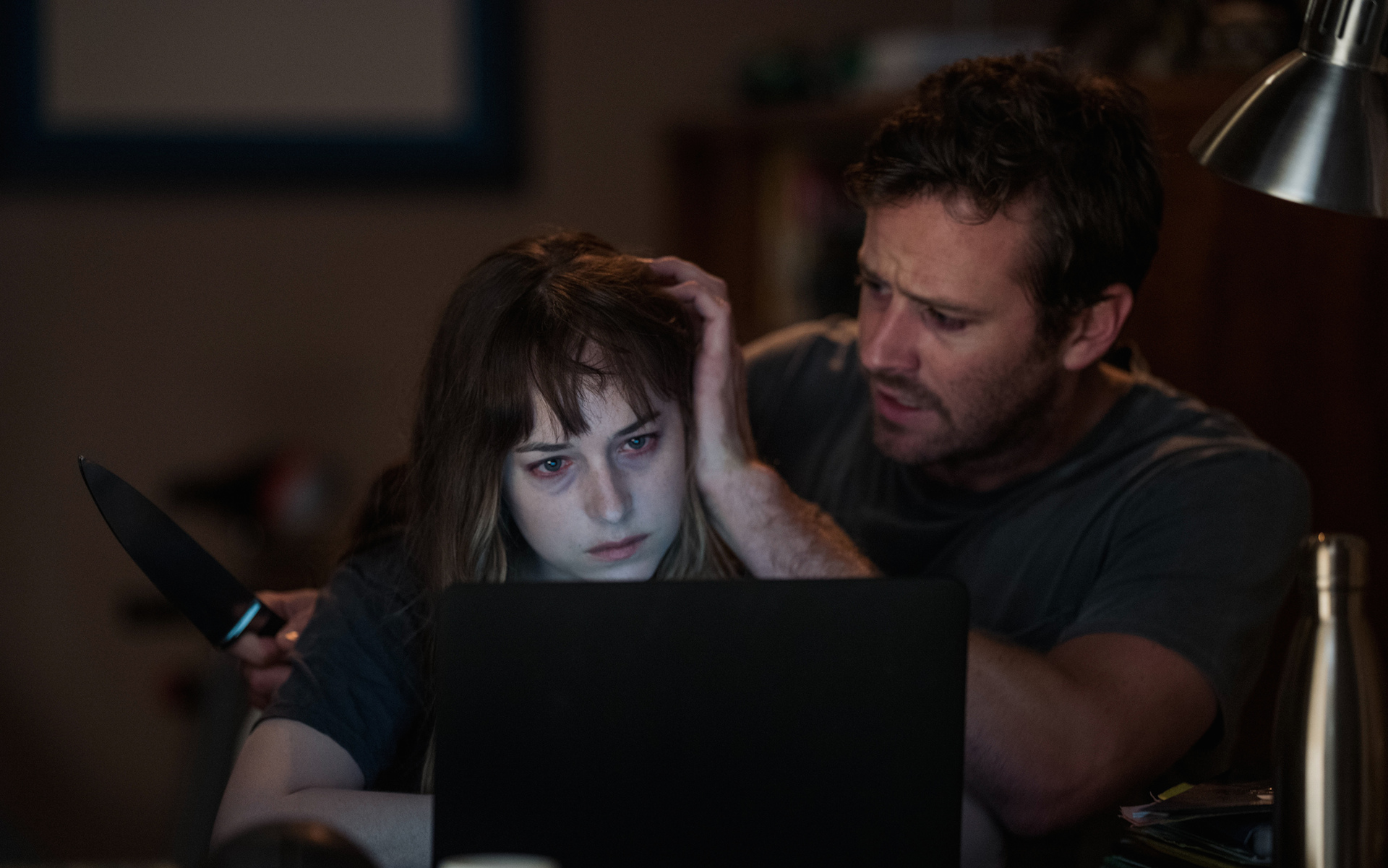 Oh, Wounds, what high hopes I had for you!

You had a stacked cast — Armie Hammer, Zazie Beetz, Dakota Johnson, among others — and a talented director, Babak Anvari, who came back to this fest for a victory lap after his brilliant first feature, Under the Shadow, blew Park City audiences away. You had a pretty great concept, as well, in which an aimless New Orleans bartender named Will (Hammer) discovers a smartphone left behind by a group of college kids after they witnessed a brutal fight in his roach-ridden bar, and then starts getting weird calls and text messages from the kids, who might be in some sort of satanic cult. These messages start to transform Will into something he’s not — or perhaps something that he’s always been — and they also seduce his girlfriend, Carrie (Johnson), and hypnotize her with their horrors. I could roll with that! I really could have! But Wounds is just so fucking silly that none of it worked for me, stuffed to the gills with cliched horror imagery and a tone that never is able to hold consistently, so that it made the scary things funny and the funny things, well, funnier.

Wounds’ goofiness is part of the point — after all, why make a movie starring actors like Hammer, Johnson and Beetz and not give them foibles to utilize all of their talents — but it’s occasionally disastrously ridiculous, which undermines every attempt at creepiness. As such, the scares are so perfunctory that it will take all of your effort not to laugh at some of the ways that Anvari tries to provoke you. For instance, there’s a jump-scare involving an air conditioner, functioning normally, but very loudly for one second before a transition that is so cheap and garish that it almost lost me. Then there’s the matter of the dialogue, which contains one scene where a character exclaims “Fucking millennials” in frustration, and this film includes quite literally the single unintentionally funniest group of supposedly creepy text messages that has been seen in cinema outside of Friend Request. That also applies to the whispered exposition by a spooky spectre in one scene, so ridiculously delivered that I couldn’t hear three quarters of it over the audience’s laughter, and the other expository moment where Will takes to Google to find out more about the kids. If camp is failed seriousness, as opposed to something being played deliberately tongue-in-cheek, then Wounds earns the adjective with gusto.

It’s a shame, too, given how Hammer plays so perfectly into the kind of movie that this would be if Anvari weren’t being utterly sincere with everything he does here. He’s a goofy snarling shithead, and it’s fun watching him deal with whatever the plot throws with him, because he’s going to make the most extreme and ridiculous choice at any given time, and the actor is clearly relishing the chance to be fully unchained here. There are points where it almost feels like Hammer’s attempting to answer his critics, especially with how he’s been unfairly maligned by the press for just being a pretty-boy stuffed shirt (which, if one observes his output in the last three years, is utter bullshit from top-to-bottom) and he answers the call with aplomb, elevating every performer who comes near him, including Johnson, who seems as exhausted and frustrated by the material here as the audience is. It’s a performance worth a movie that thinks of itself as half as profound as it actually is. And when one’s aiming for creepy profundity, about how self-styled adventurous men like Will are actually empty and useless fuck-ups in search of stealing souls or how the internet age inspires acts of unfathomable cruelty in search for a higher something, well, you better come with a film worthy of that ambition. A bunch of roaches just ain’t gonna cut it.