Flight of Fire and Cherie Currie ignite their own ‘Cherry Bomb’ 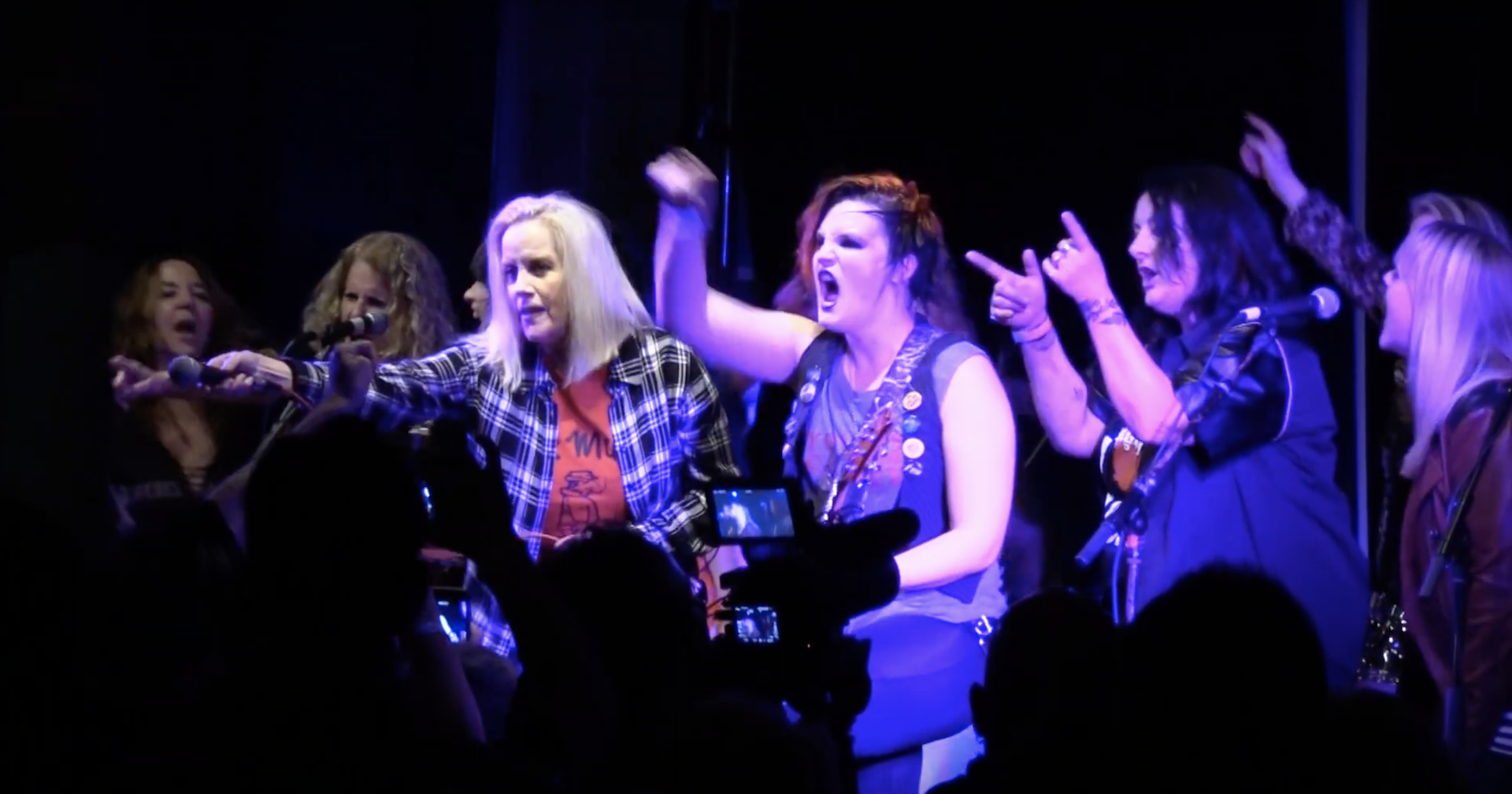 If you’re gonna release a song called “She’s A Badass”, then bringing a female rock veteran like Cherie Currie on board seems essential. This past Saturday (December 1), Flight of Fire did one better — at their single release show at ONCE Somerville, they not only brought the former Runaway onstage, but they called for “girls to the front” and got backup from Boston bands The Knock Ups, blindspot, and Lizzie Borden and The Axes for a rendition of “Cherry Bomb.”

“You guys, please scream ‘Cherry Bomb’ when it’s time,” Currie said to the crowd before turning to the ladies onstage and adding, “Let’s give it to ‘em.”

Flight of Fire and Currie also filmed a video for their new single at the ONCE show, so while we wait for that finished product to arrive eventually, enjoy fan-filmed video shot by Colin St. John of the ladies’ “Cherry Bomb” blast below.