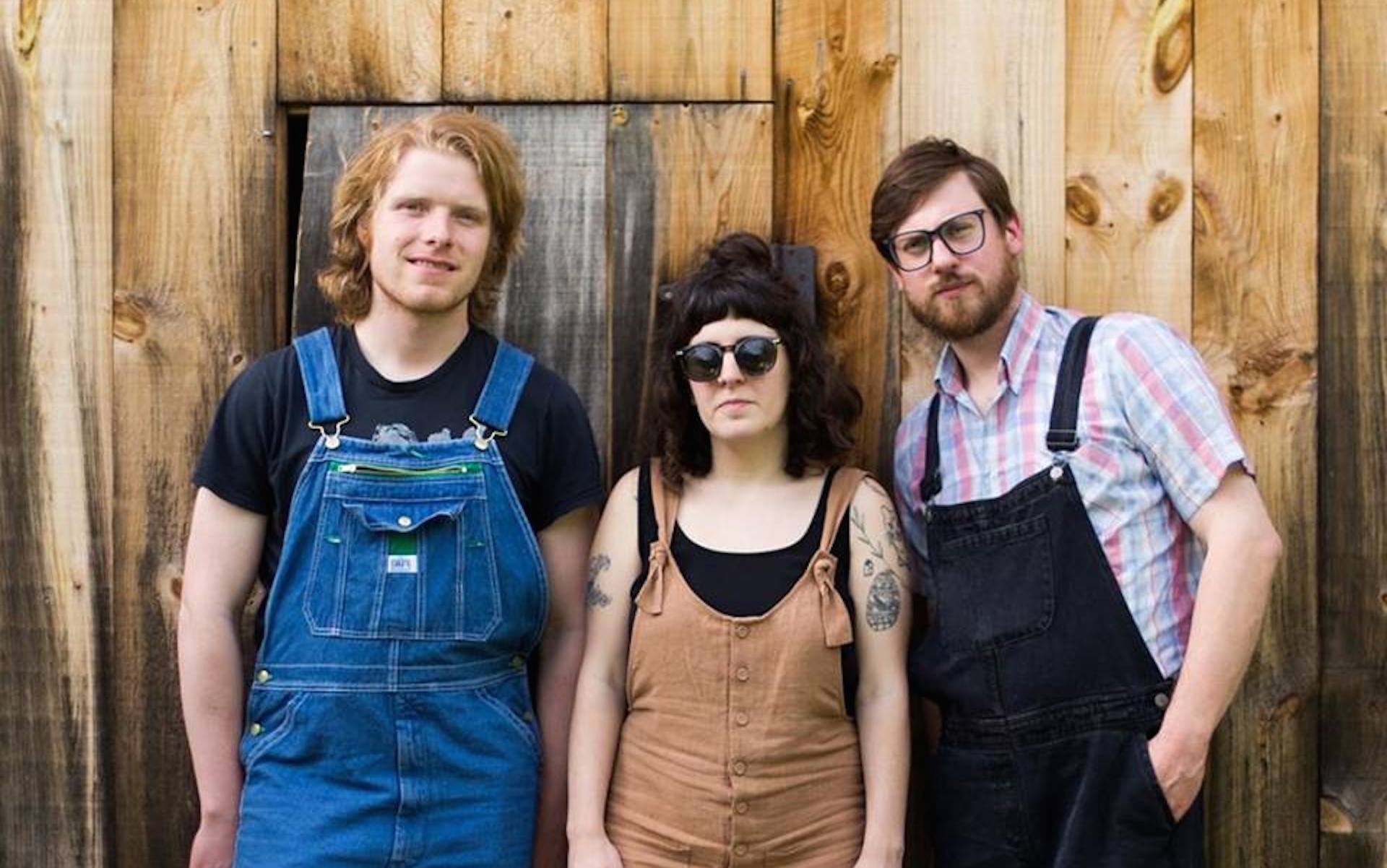 What Studio 52 Says: The City of Boston has seen countless indie rock bands come and go since the Pixies upended rock music as people knew it in the mid-’80s. Therefore it can be easy to let one or two slip through your fingers. Don’t let that happen with halfsour, a local indie rock power trio that bleed Bostonian personality. At first listen it can be tricky to decipher who fronts the band, lead vocal parts are split virtually 50/50 between bassist Zoe Wyner and guitarist Matt Mara, each one personifying halfsour’s sound in unique form.

This bears welcome diversity, and in the end they remain just separate branches sprouting from the same slacker pop tree. Although their Spotify page exhibits only two albums, hop on that Bandcamp for some deeper cuts. Definitely give a listen to 2016 release The Land of Discarded Ideas, an 11-song zinger that was written in six hours and recorded the very next day. This method may not give you the time to fine tune everything, but no doubt captures the raw emotion and initial energy so often lost once you start overthinking songs during the writing process.

“halfsour formed six years ago when we decided to get drunk and cover Guided By Voices songs for Halloween,” Mara told us. “We had a decent amount of fun doing that, so we decided to start a band. Since then we have put out a bunch of releases including one LP, one EP, a split, and a tape with 11 songs in 11 minutes (The Land of Discarded Ideas). After losing our drummer and acquiring a wonderful new one, we finally have a couple releases on the way!”

halfsour released their first new music in two years this past Tuesday; the lively and powerful single “Left My Hair In Detroit”, in which Mara’s lyrics touch on how things can come together and fall apart simultaneously, and all we can do is keep on trying. A fitting topic, with the new release came the announcement that it will be the last song to feature Mara on lead vocals, who’s voice has been a monumental piece of halfsour since the band’s infancy. In addition, it was one of the last songs written with the band’s former drummer Ian Gustafson, who has since been replaced by Travis Hagan.

However, halfsour isn’t taking their foot off the accelerator, and they want you to know it. Their new two-song Left My Hair in Detroit/Values single is out December 7 via Disposable America (available for pre-order via the DA link), and their second LP is scheduled for release in Spring 2019. In addition they’ve got East Coast shows booked through mid-December; one of which is this Monday night (December 3) alongside Leopard Print Taser, Jabber, and Ramona at Harvard Square’s best dive bar, Charlie’s Kitchen. — Trevor McSweeney, Studio 52 ICYMI: we had slight change in our schedule and are now opening for speedy ortiz and palberta at the sinclair on 11/27 (!!!), here is an updated poster (which also includes a venue for our 12/8 ny show 😉)