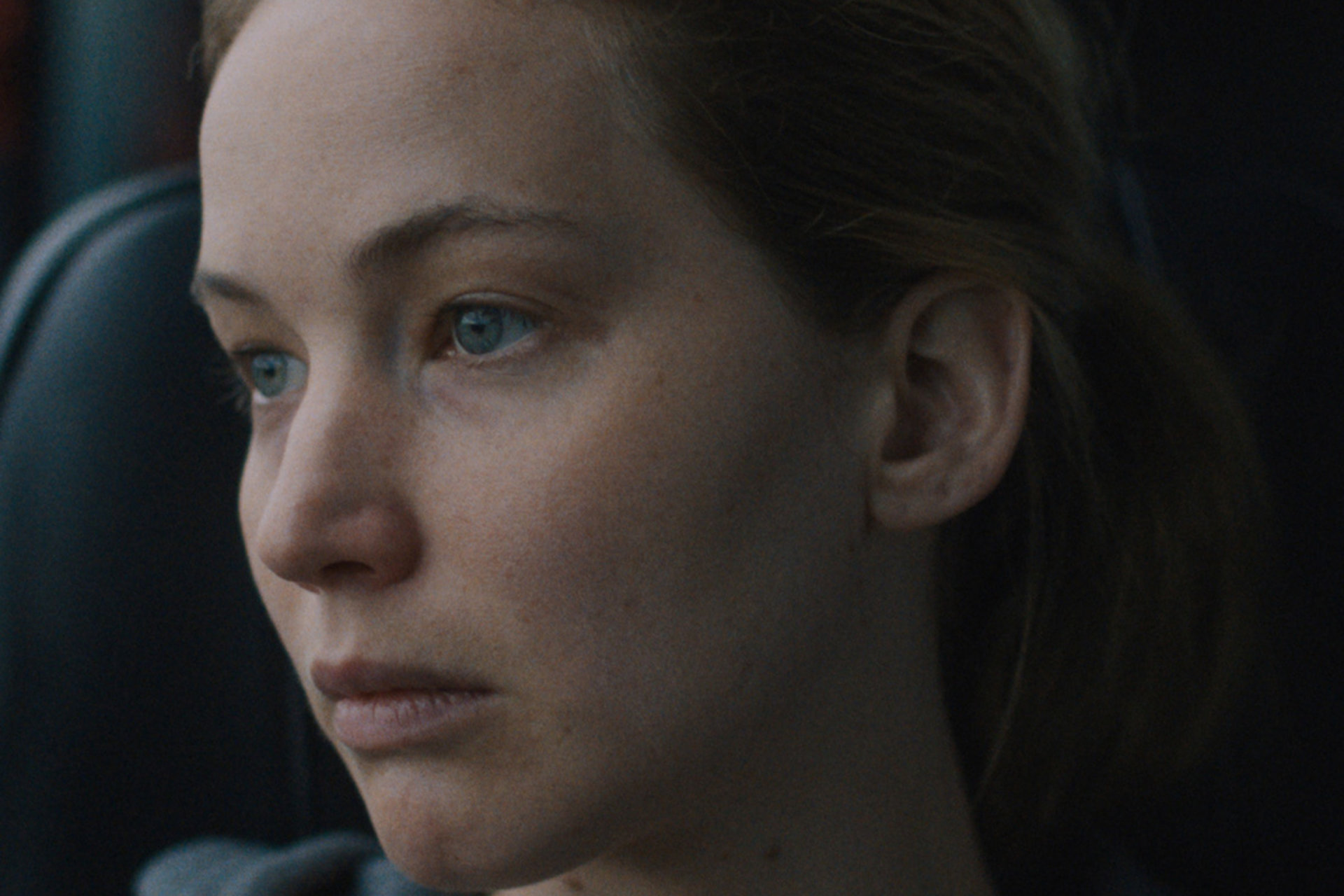 Occasionally, movies can provide glimpses into alternate worlds, and I don’t mean in the sense that they literally depict those worlds on-screen, much like our many multiverse-centric fantasies that we find dominating the multiplex in the most recent months. It’s a more vague feeling of “Oh, this is what things could have looked like if only a person had done —- instead of what they had done in reality. Lila Neugebauer’s Causeway is one such film because it suggests an alternate reality where Jennifer Lawrence had continued along her indie-lead pathway established by her works with the likes of Debra Granik at the start of her career instead of heading to the big-budget world of Hollywood and chasing award glory with the likes of David O. Russell and company. It’s a small-scale drama set in New Orleans about one woman’s recovery from traumas, both physical and emotional, and wisely avoids the typical pratfalls that come along with any attempt to grapple with lingering hurts and ills. But then again, it boasts a unique literary pedigree, given who penned Causeway, and it’d be deeply disappointing if it didn’t.

We’re introduced to Lynsey (Lawrence) as she’s leaving a Veteran’s hospital, almost wholly unable to speak and move on her own and watch her go through rehab, slowly regaining all the functions that she lost before her time in Afghanistan in the Army Corps of Engineers. She’s released right before she’s “fully recovered” and makes her way back to her home city, which she’s dreading: She joined the Army to get away from all of the pain she’d witnessed in her time there. Her mother’s unreliable, her brother’s lost to drugs, and having to inhabit that space all over again makes her just want to go back across the sea and do the necessary work which she knows she’s valued for. So, she spends a few weeks cleaning pools and trying to convince her doctor that she’s ready and able to return to duty. But her truck shits the bed, and she has to take it to a mechanic downtown. He’s a kindly dude named James (Bryan Tyree Henry, amazing as always), whose easygoing ways and laconic humor hide a pain he’s reminded of every time he looks down and sees the prosthetic where his left leg should be. The two start hanging out and become fast friends, chilling poolside in backyards unmonitored by vacationing homeowners, smoking weed, and drinking beers. But Lynsey’s gonna have to make a choice, eventually: does she stick around in New Orleans and join a “chosen” family, or is she going to go back to the Army?

Screenwriter Ottessa Moshfegh is the reason they make “40 Under 40” lists in the first place: She’s a massively successful novelist, whose books, ever since the publication of My Year of Rest and Relaxation a few years ago, have become de-facto events in the literary world. She specializes in a certain kind of lush and vivid genre-writing, often from the perspective of alienated women in excessively strange situations, and her script for Causeway (co-written with two other writers) is exactly what I’d imagine a Moshfegh novel to look like without the benefit of the close psychic distance one gets from a novel written in the first person. There are lots of heavy silences and pauses, but what’s amazing about both Neugebauer’s direction and Lawrence’s performance is that you can imagine that internal monologue rolling through her passive glances and taking-in her surroundings, the latter of which are lovingly rendered in with a clear eye for small details rarely captured by news cameras or by tourist’s photographs. Sno-cone shops, greasy-spoon diners, backyards bathed in blue wavy light: a lovely and close-held vision of a city that can often only be glimpsed by its residents.

But it’s the work done by Lawrence and Henry that makes Causeway something more special than just your average indie drama with a literary pedigree. The friendship that forms between Lynsey and James is natural and funny, occasionally marred by some stupid comment or disagreement, but the two keep on going back to each other because they’re in similar circumstances. James is visibly marked by his disability, no matter how well the prosthesis might hide it, and while Lynsey can pass, she’s still limited in some ways by the brain injury: She drops things and blurts out dumb shit without even realizing it. They understand each other, and that understanding allows them to find some manner of healing, even though they couldn’t be further apart in the circumstances of their lives. The kindnesses shared between them are often so subtle that they take a minute or two to reflect upon what exactly they mean, which is almost endlessly refreshing in an era of outright obviousness like ours.

But, more importantly, it’s lovely to be reminded of what Lawrence can do outside of the confines of the traditional studio system and how gifted a performer she is when she doesn’t have someone like Russell or Adam McKay telling her to belt it out to the cheap seats, instead emphasizing the things that made her relatable in the first place: A keen sense of character and the patience to let the intangibles of their identity manifest over time.