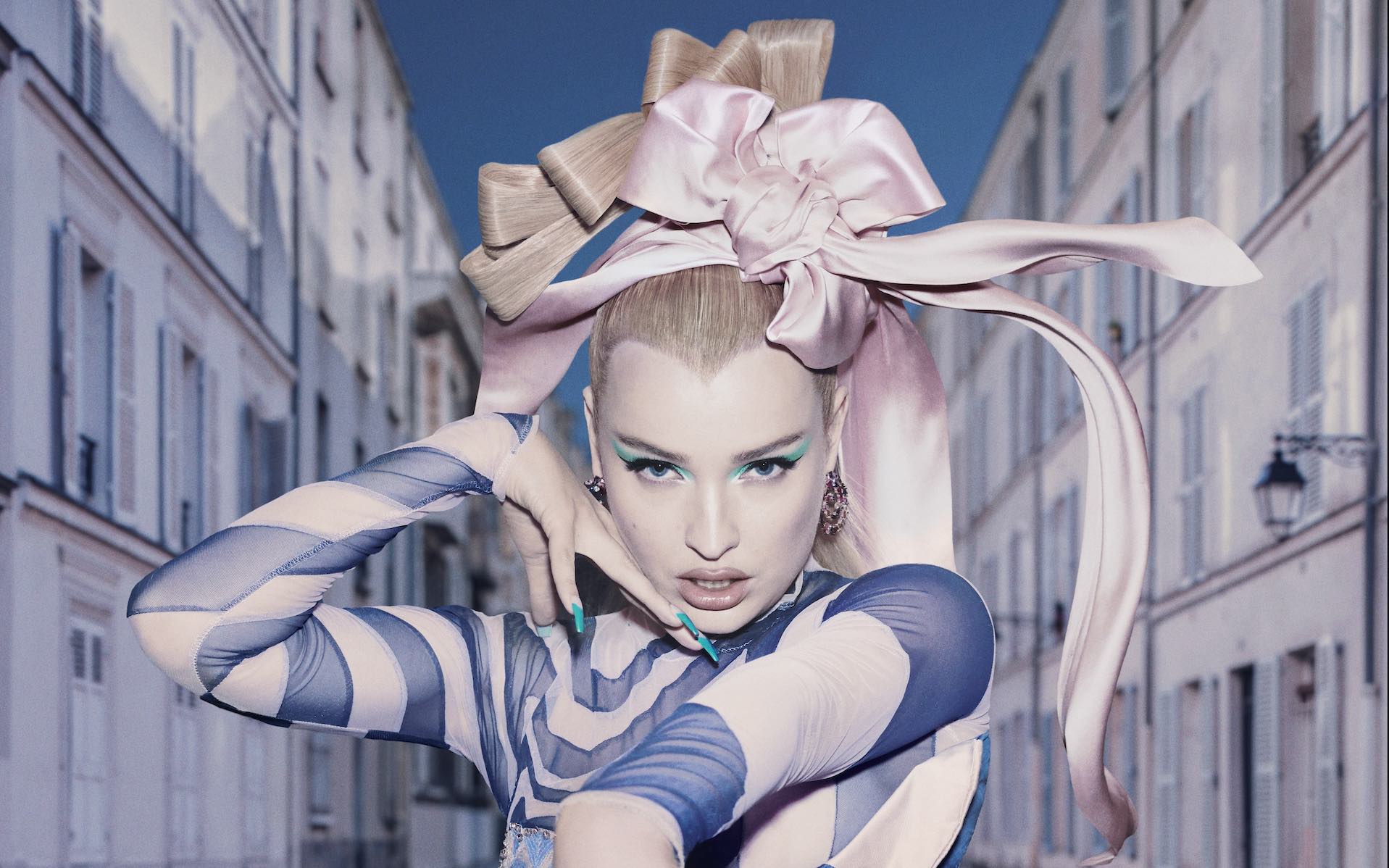 Where to begin with our overlord queen Kim Petras?

Over the summer, the alt-pop icon delivered a certified SOTY contender in “Future Starts Now“, an electro banger that heralded an exciting new era cast on full hot pink display at the MTV Video Music Awards. From there, it was a zig-zag comet race to the glittery heavens, as Petras delivered a bold and provocative performance across the Atlantic at the MTV Europe Music Awards in Budapest, taking a public stance against Hungary’s recent wave of anti-LGBTQ legislation. She then showed up at the Macy’s Thanksgiving Parade to perform on COACH’s Rexy in the City float.

Now Petras is back serving up “Coconuts,” and they’re pretty damn tasty. Out today (December 3), her new track is a colorful disco-pop bop with its own sense of hunger, and it was previewed at that aforementioned EMAs performance, which quickly went viral.

“I’m transgender and performing at the EMAs,” Petras said before her EMAs appearance. “It’s going to be pretty powerful to be in Hungary and perform on the show when these laws have just happened. I believe in freedom of expression and I don’t really believe in censorship doing anything good for people, so I’m just really excited that MTV is taking a stand against censorship and really putting diversity into the show. Music is such a powerful thing because it’s supposed to break barriers and it doesn’t really matter in music what gender you are, or what sexuality or what skin color you have – music is a very universal thing.”

“Coconuts,” like “Future Starts Now,” will be featured on Petras’ forthcoming album, due in 2022. We can’t fucking wait.