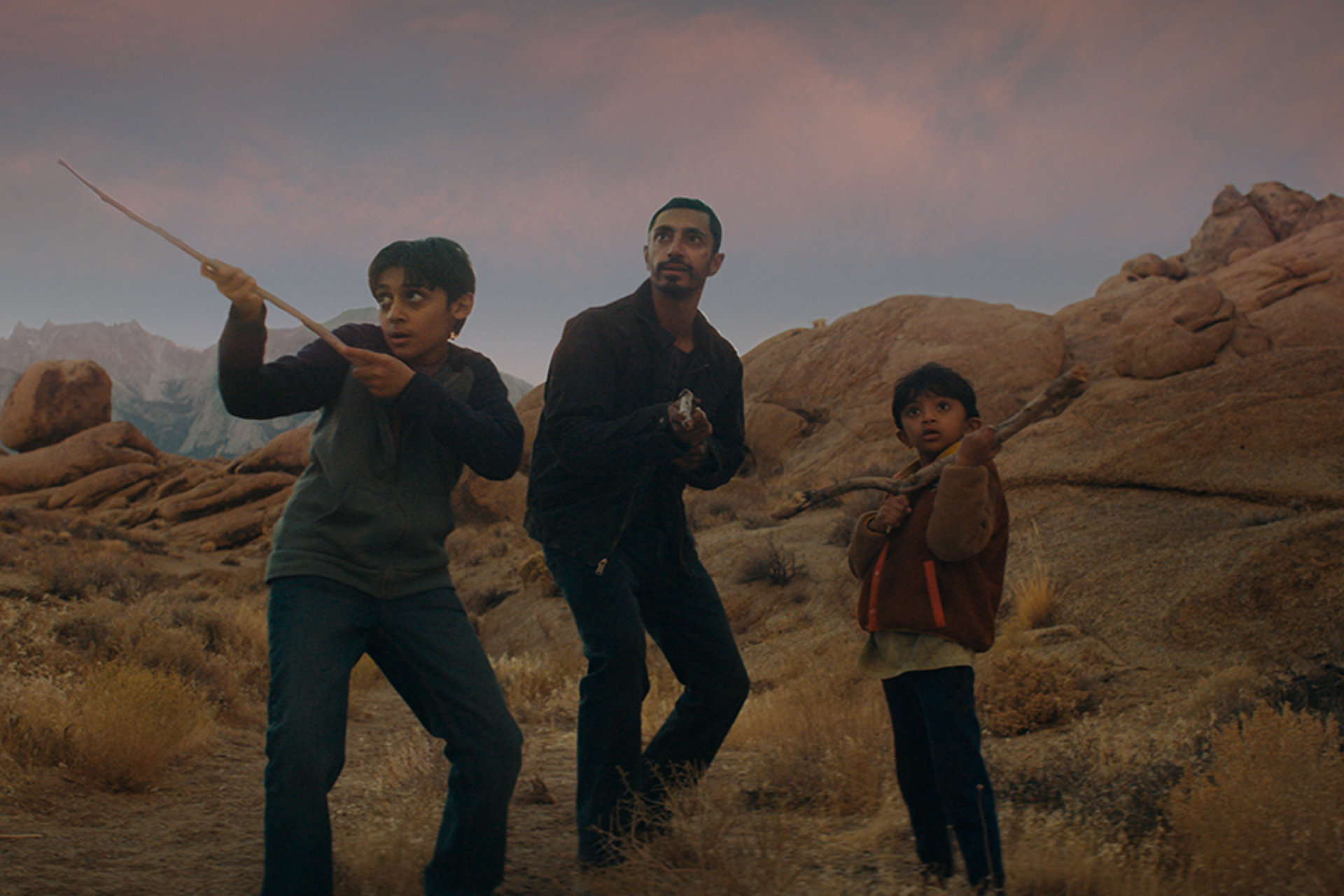 In going from a small-scale thriller to a pseudo-family film with the backing of one of the world’s largest corporations, it’s understandable that a filmmaker like Michael Pearce might lose some of the perspectives that made his first film, Beast, so notable to indie audiences a few years back. Aspects of that film shine through the muck in his latest work, the Amazon-produced Encounter: a deep-ish lead character played by an astonishing young talent, and how their perception of the world informs their relationships with one another, but it’s clear from the opening just how different it will be. The intro is an expensive assemblage of shots echoing sci-fi classics — Predator, Armageddon, Prometheus — as we watch an object approach Earth, seen from our vantage point on the ground in a subsequent shot as a screaming coming across the sky, as a microbe, injected inside a person’s arm by a mosquito, dissolves into a mass of twisted genetics within the person’s bloodstream, polluting and changing their genome into something unrecognizable.

It’s an effective enough intro, setting up our introduction to Malik Khan (Riz Ahmed), a former Marine who’s obsessed with bugs to the point that he sprays himself down with Raid every morning before leaving whatever dingy hotel room he’s slept in that night. But perhaps he should be: he’s got inside information that bugs are spreading extraterrestrial microorganisms around the United States, corrupting and changing the people that they infect. Khan’s not going to let that happen to his kids — Jay (Lucien River-Chauhan), a dreamer who spends his days wishing that his dad was back with his mother as he doodles on whatever’s around, and Bobby, a precocious young kid who’s as full of energy as he is kind-hearted — so, when he fears that their mother’s been infected, he springs the boys from their situation and takes them on a cross-country road trip, where he’ll hopefully be able to lead them to safety despite all of the infected that surround them.

Despite the CGI imagery of bugs swarming out of walls and irises of the infected deconstructing themselves, it should probably be clear to anyone with a pair of eyes what’s going on here, and, if you’re not, Pearce is ready to hammer you over the head until you’re able to see it clearly. He stops the narrative at key points to deliver exposition on the level of Psycho‘s ending, perhaps to introduce an additional element of suspense to the film that, up until that point, has been mostly a good time with an us-against-the-world family on a drive across a country littered with pod people. It’s a poorly conceived tonal shift deployed way too early, and Pearce’s choice saps Encounter of the momentum it was generating like an old hybrid trying to shift from its gas motor to its worn-down electric battery. What was something closer to Jeff Nichols’ bizarro Midnight Special works its way into Jojo Rabbit territory, where children ultimately have to be responsible for looking after themselves in poor situations while the adults are immersed in the quixotic.

Per usual, Ahmed is excellent, full of a kindly Dad charisma at first — letting the boys eat all the candy they want, gently ribbing them about their tastes in music, complimenting their letters and skills — before he reveals the darker aspects of his personality in spurts of violence that, though not directed at the children, would give anyone a cause for alarm. His rapport with Chauhan and Geddada is what makes the first half of the film so compelling: our closeness to the three of them, in a car on a road trip to some unknown destination, puts us right in there with the family unit. The problem is that, when the twist finally does land in the second half, we’re put at a remove from them, as we follow other characters and other stories that, though they are closely connected with the Khans, disrupt our distance to our leads. This choice expands the film’s purview to a point that it sacrifices that intimacy, which can never be recovered after that moment, given the number of perspectives that we now have to accommodate in the narrative.

I just wish I could have seen this story through the boys’ eyes, following them as they learned what their father was really up to. Perhaps the reason so many stories along these lines succeed at capturing our attention (and have bloated the size of the subgenre of “innocence lost” within the child fantasy sphere) is because of how rooted they are in the perspective of the child, given how the crushing realization that your parents are people and, as such, fallible is an experience that we are all forced to go through at one point or another, some much sooner than others (or, as Spielberg did, exploring the antithesis: The thing so fantastical and mysterious that it would cause a father to abandon his family). As such, Encounter never really follows through with its emotional punches once it trades pathos for half-assed action sequences in dusty desert ghost towns, ultimately missing the hive in order to count the bees or the anthill in favor of the ants.