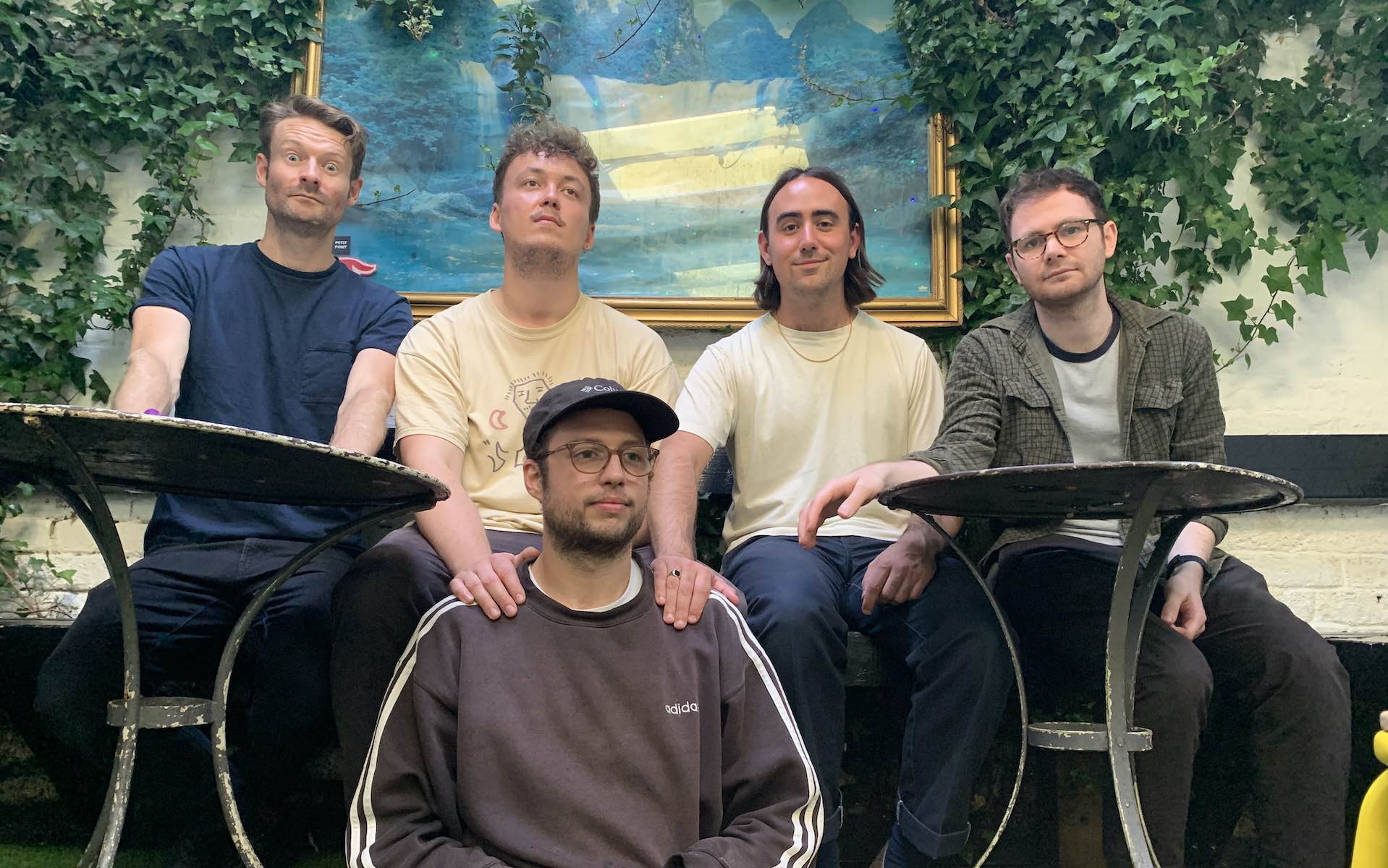 Few bands have made us maniacally bounce while trapped helplessly in office chairs quite like Public Body. The English band have released a flurry of vertical singles in recent years — including V faves “Table Manners” and “Ask Me Later” — that combine classic post-punk energy with modern-day stresses, and are set to self-release a debut EP titled Flavour of Labour this December 3. The first tasting of the EP arrives today in the frenzied “Formica,” a spiky math-rock ripper about… well, shit, we’ll just let singer Seb Gilmore explain it.

“This song is about a Twitter Dad,” says Gilmore, “a man who tweets financial and life advice: ‘If you’re not thinking about INVESTING, CRYPTO, MAKING MONEY you’re doing it wrong.’ But how do you invest if you have no money? This song is about a poor ignorant Dad who gets tricked by a troll on Twitter, he believes everything the Twitter Dad had to say, this included taking out loans with high APR and interest rates and in turn gets his home and car repossessed by the bank.”

Flavour of Labour, meanwhile, was produced by the band’s guitarist, Theo Verney, and Gilmore says this about it: “Our new EP Flavour Of Labour has a couple of different themes but it’s mainly about work. At the time I had lived in Brighton for almost 10 years and for a lot of that time I’d worked pretty terrible call centre jobs. When you leave education and your first taste of full time work is working for bad companies who are either taking advantage of their employees or their customers. How can you feel good about giving 40 hours a week of your life to something like that. So heck! I’ll write a song about it or like 10.”

Luckily, “Formica” only clocks in at a 2:43 runtime, so you can probably hear it once or twice before the boss messages you on Slack and asks what you’ve been doing for the past few minutes.